How much is Penelope Cruz worth?

She was already a huge star in her native Spain when worldwide audiences got to know her in Blow and Vanilla Sky. A high-profile romance with Tom Cruise pushed her over the edge and an Oscar win in 2009 made her a bona fide star.

Who Is Penelope Cruz

This raven-haired beauty was already a megawatt star in her native Spain before she made a big splash in the U.S. alongside Johnny Depp. Today, she doesn’t need a star-studded supporting cast to draw audiences—Penelope is the main attraction on her own.

Spanish actress Penelope Cruz has a net worth of $60 million dollars, as of 2021.

Dancing Into The Spotlight

The Spanish beauty, who was born in Madrid to a retailer and a hairdresser (no wonder she has a head of locks fit for any hair commercial), started performing as soon as she was able to string a sentence together—mimicking local TV commercials. But soon Penelope decided to direct her performance power into dance when she began studying ballet at Spain’s National Conservatory, where she stayed for nine years. But it was an audition for a talent agency at 15 years old that landed her roles and appearances on Spanish TV shows and music videos and got her noticed by foreign and Hollywood directors.

In 1992, Penelope made her big screen debut in the flick Jamón, jamón before being cast in Belle Époque (1992) and The Greek Labyrinth (1993). But it was her lead role in the Spanish thriller Open Your Eyes (1997) that set her up for a role in The Girl of Your Dreams (1998), which won Penelope a Goya Award (the Spanish equivalent to an Academy Award) for Best Actress.

With a top notch industry award under her belt, Penelope traveled across the pond to star in the American comedy Woman on Top (2000) before landing a lead role in the 2001 blockbuster Blow opposite Depp,as well as the American remake of her previous Open Your Eyes called Vanilla Sky, opposite Tom Cruise (whom, fresh off his divorce from Nicole Kidman, she dated for three years).

But with a pocketful of box office stunners and critical favorites, it was about time that Penelope chose a role that would offer her less than stellar reviews. The role was in the flick, Sahara opposite Matthew McConaughey (whom she also briefly dated), which was not able to recoup its $160 million budget with its measly $110 million box office run.

But in 2006, things were looking up for the actress who received an Academy Award nomination (the first Spanish woman to ever receive an Oscar nomination for Best Actress) for the Spanish film Volver. Cranking out winners, Penelope went on to land a role in the Woody Allen flick Vicky Cristina Barcelona, stealing the and nabbing Oscar gold for Best Supporting Actress.

It was also on the set of this film that she reignited a flame for her now-husband and fellow Spaniard Javier Bardem. The two initially met on the set of Jamón, jamón, but sparks flew on the set of Vicky Cristina Barcelona. Soon enough, they were married in a private ceremony in the Bahamas in July of 2010. Not long after Penelope was photographed with an obvious baby bump, and the couple confirmed that she was pregnant. We can only imagine what kind of unworldly good looks Penelope and Javier’s first child will have—poor kid.

Defining Quote “Ego is like a lion that we have to keep under control.” 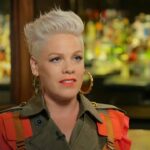 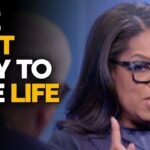