How much was Paul Harvey worth?

Paul Harvey Aurandt, better known as Paul Harvey, (September 4, 1918 – February 28, 2009) was an American radio broadcaster with an estimated net worth of $100 million. Paul Harvey’s programs reached as many as 24 million people per week, from 1951 to 2008. He broadcast News and Comment on weekday mornings and mid-days, and at noon on Saturdays, as well as his famous The Rest of the Story segments. From 1952 through 2008, Harvey’s programs reached as many as 24 million people a week. Paul Harvey News was carried on 1,200 radio stations, 400 Armed Forces Network stations and 300 newspapers.

American radio broadcaster for ABC News Radio Paul Harvey had an estimated net worth of $100 million dollars at the time of his death, in 2009. Harvey was famous for his The Rest of the Story segments.

Paul Harvey was born Paul Harvey Aurandt in Tulsa, Oklahoma, in 1918. He attended the University of Tulsa. In 1940, he married with wife Lynne. Their marriage lasted almost 68 years, until her death in 2008. They had a son, Paul Harvey, Jr., who was sometimes heard on his father’s broadcasts.

Paul Harvey originally got his first radio job at a station in his native Tulsa, Oklahoma, while he was still a teenager. Soon, he was on the air. He later worked for stations in Kansas, Oklahoma City and St. Louis.

Harvey’s big market break came when he was hired in Chicago in 1944. After coining the phrase “The Rest of the Story” on his reports, it eventually became their own unique broadcasts on human interest and profile segments.

In 1951, the ABC Radio network had already picked up Harvey’s broadcasts and had begun to air them coast-to-coast six days a week. He earned so much that his final contract with ABC paid him $10 million a year. At his height, it’s estimated that more than 20 million Americans listened to Harvey’s regular broadcasts.

Harvey died on February 28, 2009, at the age of 90 at a hospital in Phoenix, Arizona, surrounded by family and friends. No cause of death was announced. His News and Comment broadcasts ended, leaving Americans without their familiar, comfortable, folksy friend that they’d heard since the Truman administration.

Paul Harvey News was carried on 1,200 radio stations, on 400 American Forces Network stations, and in 300 newspapers. 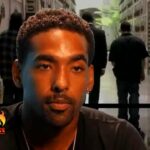 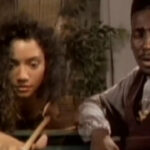