How much is Pat Sajak worth?

Who Is Pat Sajak

Pat Sajak is the stage name of Patrick Leonard Sajdak. He was born on October 26, 1946, and is a popular American television personality, talk show host, and also a former weatherman.

Sajak grew to popularity in the 1980s when he replaced Chuck Woolery as the host of the popular game show “Wheel of Fortune”. The television host spent more than 37 years in the widely-known game show, and in the 90s even hosted his own late-night talk show – “The Pat Sajak Show”, which lasted only one year.

American TV personality Pat Sajak has a net worth of $80 million dollars, as of 2021.

How Did Pat Sajak Get So Rich?

Pat Sajak became rich mainly because of the “Wheel of Fortune” game show which was a hit in the 80s and 90s. Before he eventually became a popular television host, he worked primarily as a weatherman on various television channels. It all started when he was asked to anchor five-minutes long newscasts during the ABC’s Today Show as a substitute to Dan Miller. Shortly after, he was paired with Miller and began working full time as a weatherman. In 1977, Los Angeles’ KNBC-TV signed Sajak to work as a full-time weatherman for their station.

After he gained some experience, Sajak was asked by Merv Griffin if he would be interested to join “Wheel of Fortune” and replace Chuck Woolery. However, the CEO of NBC, Fred Silverman, rejected his hiring and claimed the then-weatherman was too local. Sajak was ultimately hired to work the popular game show after Brandon Tartikoff replaced Silverman as the CEO of the television network company. Just before he joined the show, Sajak hosted the pilots of the game “Press Your Luck” and “Puzzlers” and that played a role in his hiring.

Sajak is famous not only from his time as the host of the “Wheel of Fortune” but also because he spend some time working as a weatherman. He was born in Chicago, Illinois to Leonard and Joyce Sajdak. All of Sajak’s grandparents were Polish, which is where his last name comes from. He graduated from the Farragut High School in 1964 and then, attended the Columbia College Chicago. While he was attending university, young Pat Sajak worked as a desk clerk at the Palmer House hotel. During the Vietnam War, he served as a disc jockey in the US Army. Shortly after that, he hosted the “Dawn Buster” radio show. Following the steps of Adrian Cronauer, the radio host continued his tradition by singing “Good Morning Vietnam!” during his 14 months stay in the radio show.

Also while he was attending the Columbia College Chicago, Sajak won a contest on the WLS radio’s “Dick Biondi Show” and he was asked to appear as a guest teen deejay. It was during that time that the television host was informed there is an ad for a newsman in his area. Sajak immediately applied for the job and was hired to work for the local radio station WEDC as a host from midnight to 6 am. At the age of 22, Sajak joined the US army and was then sent to Vietnam. In Vietnam, he served as a disc jockey in the Armed Forces Radio.

While he was in the military, Pat continued to work as a host and was asked to take part in the military program “An Officer and a Movie”. After his time in the US army was over, Pat Sajak worked as a DJ for many radio stations – WSM in Nashville and WSM-TV which was the television sister of the radio station. WSM-TV brought Sajak on screen, first doing voice-overs and then anchoring the five-minute newscasts during the NBC Today Show.

Simultaneously with hosting “Wheel of Fortune”, Sajak starred in many television series and films. His very first appearance was in the 1982 comedy “Airplane II: The Sequel”. In 1989, he announced the premiere of his own late-night talk show “The Pat Sajak Show”, which started in January 1989 and ended in April 1990. During that time, Sajak left the daytime version of “Wheel of Fortune” and was replaced by Rolf Benirschke. After his show had ended, Sajak became a guest host on the CNN’S “Larry King Live”, replacing King when he was unable to attend.

Among some of the many films, reality shows and television series that he took part in are “Super Password”, Days of Our Lives”, “Rugrats”, and “The King of Queens”. In addition to his television career, Pat Sajak is also an external director of Eagle Publishing, a conservative publishing house. He’s all part of the Hillsdale College’s board of trustees, currently working as the vice-chairman. Sajak has also served on the Claremont Institute’s board of directors and written for the conservative political newspaper/website “Human Events”.

Besides Larry King, he was also a substitute for Regis Philbin on the “Live with Regis and Kelly” show. In the early 2000s, the popular television host appeared in other self-produced programs. He starred in his own talk show titled the “Pat Sajak Weekend”. It premiered in March 2003 on the Fox News Channel. The success of the show didn’t last long and it was canceled just a few months after its debut. Shortly after that, he started his own radio talk show “The Pat Sajak Baseball Hour” in which he covers the latest news on baseball.

In 2019, Sajak earned a Guinness World Record for becoming the longest-running host of any game show. He surpassed Bob Baker (who previously hosted “Price is Right” from 1972 to 2007) after he decided to return to “Wheel of Fortune” in 2018 for the show’s 36th season. As of 2021, he is still hosting the show and his contract is supposed to end in 2022.

Pat Sajak is a lot more than just a television host or a former weatherman. At the age of 73, he continues to make history and is one of the most successful game show hosts ever. Sajak hit the peak of his career in the early 1980s after he began hosting the “Wheel of Fortune” and has been unstoppable ever since. 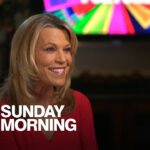 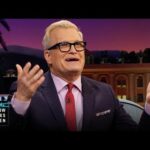