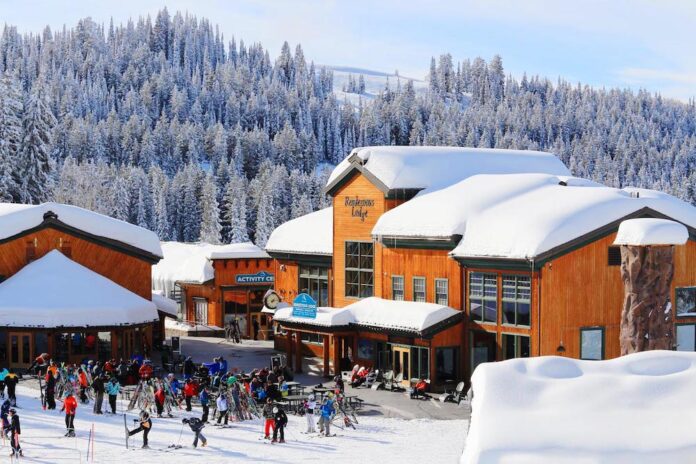 There was a time, not too long ago, when all a good ski hill needed was a chairlift, a hotel and a bar. These elements may seem basic, but they served mountain riders just fine for at least half a century.

Now, of course, the era of the mega-resort is upon us. Spearheaded by Vail Resorts and reinforced by the newly named Alterra Mountain Company, a slew of mountains now offer “Faustrian” villages and over-the-top amenities that actually distract from the slopes. Who wants to ski when there are indoor water parks, five-star hotels, high-end dining experiences, spas and more?

Don’t get us wrong. We like a nice water park as much as the next guy. But there’s something to be said for getting back to basics with a genuine mountain experience that stimulates your soul. And even as resorts continue to merge across the continent, making authenticity a thing of the past, a few stalwarts hold fast to the good old days of reasonable lift tickets, cheap après ski beers and, frankly, epic pow. The following spots are still kicking it old school, and we love them for it…

1. Magic Mountain (Londonderry, Vermont)
Once the jewel of Vermont’s “Golden Triangle,” Magic fell into disrepair over the past two decades. Now, with a new ownership group, volunteer days consisting of dedicated locals sprucing the place up and a slew of upgrades to their lift and snowmaking services, they are back and, dare I say, better than ever. Magic is a true throwback mountain committed to helping you find the soul of skiing. Known to have the sickest slopes in southern Vermont, it’s true to its name on a powder day. Crowds are kept to a minimum by limiting the number of season passes and lift tickets sold, and the overall vibe is chill—except during afternoons at the Black Line Tavern, which offers as much of an expert apres experience as the mountain itself offers expert terrain.

2. Red Mountain (Rossland, British Columbia)
Listed as one of the top 20 resorts sizewise in North America, Red has the vertical drop, snowfall and top-notch terrain that all the big boys do. However, this premier stop on the powder highway and oldest ski resort in Western Canada is the true anti-Vail. Their “Fight the Man, Own the Mountain Campaign” makes them more like the Green Bay Packers of ski resorts. Red, having spent most of its life as a ski club that was owned and operated by the community, is looking to preserve the notion of affordable ski vacations alive. They even offer “shred equity,” allowing you the consumer the opportunity to invest in and own a piece of this little-known skier’s paradise.

3. Bridger Bowl (Bozeman, Montana)
When the local ski bum mainstays at your mountain are lovingly referred to as Ridge Hippies, you know your resort is legit. That’s the case at Bridger Bowl, which offers a big mountain experience with a local vibe. A nonprofit ski resort since its inception in 1955, Bridger is not nearly as posh as its crosstown neighbor, Big Sky. But don’t let that fool you into thinking you shouldn’t ski here. What it lacks in commercialization, it more than makes up for in terrain with chutes, cliffs and glades to challenge the heartiest of riders. Oh yeah, and the Bridger Bowl Cloud is known to dump crazy snow nightly, so you’ll be skiing pow on the reg.

4. Brian Head Resort (Brian Head, Utah)
Down in southern Utah, there’s a lesser known resort going by the name of Brian Head that is a true anomaly compared to the state’s more famous slopes. Laid back, uncrowded and insanely inexpensive, BHR still provides plenty of shred-worthy terrain, highlighted by spectacular views of the snow-accented Red Rocks. Its smaller size also makes for a more intimate experience, as evidenced by owner John Grissinger’s penchant for getting to know the people who ski there. So how does a Kansas City industrialist who bought this ski resort on a whim make that a reality? By throwing parties, of course. Every Saturday you can enjoy live music and some damn tasty BBQ smoked by Big John himself. It’s part of what makes Brian Head a true local’s mountain where even out-of-towners are made to feel like one.

5. Mad River Glen (Waitsfield, Vermont)
With the famous single chair serving as the only ride to the top and a tagline boasting, Ski it if you can, iconic is the only word to describe Mad River Glen. Any skier worth his wax knows it’s the Mecca of proving your skiing mettle. Thanks to trails cut to follow the contour of the mountain and limited grooming, Mad River offers up some of the most challenging and diverse terrain in all of Vermont. Mad River Glen also likes to keep it au naturale, standing a stark contrast in an era of increased snowmaking just to survive the winter. Did we mention they don’t allow boarders? That’s about as old school as it gets.

6. Wolf Creek Ski Area (Pagosa Springs, Colorado)
Wolf Creek is a throwback to a time when crowds and resort amenities were minimal. Not on too many radars outside of Colorado, this family owned and operated resort is dominated by those living nearby. Local powderhounds take advantage of Wolf Creek’s its annual 465 inches of snow, the most in Colorado. That means face shots galore for those in the know and some seriously low lift ticket prices on their Local Appreciation Days throughout the winter.

7. Grand Targhee Ski Resort (Alta, Wyoming)
Grand Targhee may not have the name recognition of its not-so-close neighbor, Jackson Hole, but that is no reason to sell this slope short. It’s not easy to get to, so most people make this an extension of their trip to JH, if they go at all—meaning the numbers are low and the untracked snow is high. On the Western side of the Tetons, Pacific storms get trapped by the mountains and it just dumps. That leaves powder for days at this laidback resort where the prices are still relatively low. Targhee is a hidden gem and the place to be if you put a premium on powder. And who doesn’t, really?

8. Plattekill Mountain (Roxbury, New York)
Plattekill Mountain may be only three hours outside of New York City, but being tucked away in the Catskills helps them keep it real. Plattekill offers a low-key family atmosphere with some legit skiing. Twenty percent of the mountain is devoted to experts and the challenging terrain is often ungroomed and dotted with natural features. Plattekill even offers a custom experience where you can rent the mountain out all to yourself. Throw in low lift ticket pricing and minimal lift lines, and this underappreciated resort will make your (snow) day.

16 Celebrities Who Redefine The Meaning Of “Extra”

17 Celebrity Best Friends Who Both Dated The Same Person

16 Heist Movies That Will Totally Steal Your Attention

16 Reasons We All Want To Be Veronica Mars

17 Actors Who Asked For Their Characters To Be Killed Off