How much is Offset worth?

Offset is the stage name of Kiari Kendrell Cephus. He is a popular American rapper and songwriter who began his music career in 2008. Offset became rich and famous thanks to his participation in the world-renowned hip hop trio, Migos. Migos was formed by Offset and his direct relatives Quavo, who is his cousin and Takeoff, who is his once removed cousin. The three began rapping in their teen years and since then, became one of the most liked hip hop trios in the music industry. Offset is also an investor in Esports organization FaZe Clan.

American rapper, singer, and songwriter Offset has an estimated net worth of $23 million dollars, as of 2023.

Offset is known for his obnoxious style, trap and hip hop music, fashion choices, and for his contribution to the esports organization Faze Clan (which has players from around the world across multiple games). Outside of Migos, the talented rapper has collaborated with many other well-liked artists that helped him gain more attention. Among some of the artists that he teamed up with are 21 Savage, Metro Boomin, and his wife Cardi B. Also, thanks to their relationship, both Cardi B and Offset rose to prominence in the late 2010s.

Offset is famous because of his rapping abilities and he played a big role in the success of the trio Migos. The rapper was born on December 14, 1991, in Lawrenceville, Georgia. After he was left by his father in his early years, Kiari was raised by his aunt, Quavo’s mother. He, alongside Quavo and Takeoff, were all raised together long before they formed their famous hip hop trio.

In 2008, during their teen years, Offset, Quavo, and Takeoff formed a band under the name of “Polo Club”. Shortly after, they changed the trio’s name to Migos because they thought “Polo Club” was too generic. After releasing a few songs, the group released their first studio project in the summer of 2011. The mixtape Juug Season included 19 songs and helped them gain some exposure and fans.

What made the rapper so successful was his determination to succeed. He and his relatives continued to work on different projects in the early 2010s. Their first song to achieve national success was “Versace” which was released in 2013.

After the song came out, the famous singer Justin Bieber posted a video of himself dancing to the song, which went viral in no time and helped the trio rise to prominence. The hit climbed many charts, including the Billboard Hot 100 where it peaked at number 99.

Just a month after the song was released, a remix was released, which featured the established rapper Drake. The collaboration with Drake was the first of many successful hit singles for Migos. In the summer of that year, the band released its first installment of the Young Rich Niggas series. Two years later, in 2015, the trio released its debut studio album titled Yung Rich Nation. The album was a commercial and critical success. It included 15 songs in total, two of which featured rappers Young Thug and Chris Brown.

One of the things that made Offset and the rest of the Migos members was their recording deal with 300 Entertainment. Under the label, they made an estimated $40,000 per show. After spending almost 2 years with the record label, the trio decided to sign a deal with Quality Control Music as they felt the latter could offer them more opportunities and increase their revenue stream. Shortly after they signed the deal, the rappers earned an estimated $60,000 per show.

Offset’s success came at the peak of Migos’ career in 2015. Shortly after they released their first studio album and signed a recording deal with Quality Control Music, the trio received a lot more opportunities and released many tracks that climbed both national and international music charts. In September that year, they released another mixtape titled Back to the Band.

In late 2016, the trio released its first of three singles from their second album Culture. The hit “Bad and Boujee”, which features the rapper Lil Uzi Vert became their first to receive a Grammy nomination for the 60th edition of the Annual Grammy Awards. It also became their first song to top many charts including the Billboard Hot 100.

Migos’ second album Culture was released in January 2017 and it became one of the best hip hop albums of the late 2010s. The project was met with generally positive reviews and was even nominated for a Grammy Award in the category “Best Rap Album”.

It included 13 songs, including collaborations with well-liked rappers such as Travis Scott, Gucci Mane, Lil Uzi Vert, and 2 Chainz. In just five months, after it sold more than 1 million album-equivalent units, the album was certified platinum by the RIAA, becoming the group’s first album to have all of these achievements.

Ever since 2017, Offset has taken part in many successful international hits such as “Ric Flair Drip”, “Clout”, and “Motorsport”. Also that year, he began a relationship with Cardi B, whom he married in 2018. The relationship between the two rappers also helped both rappers gain exposure at that time as they appeared on various television and music shows together.

In February 2019, 11 years after he began his music career, the rapper released his very first studio album titled Father of 4. The album was released by the labels Quality Control and Motown. It was met with generally positive reviews from the critics and debuted at the fourth position on the Billboard 200 chart. Just three months after its release, the album sold more than 282 000 album-equivalent units. It includes 16 songs, including collaborations with his wife Cardi B, as well as Quavo, Gucci Mane, Travis Scott, and 21 Savage among others.

Offset married Cardi B in 2017 and they are currently going through divorce proceedings. In total, Offset has five children. In his personal life he has likely spent $2-3 million dollars of his career earnings but also earned $1-2 million dollars from his investments. In real estate, Offset and Cardi B purchased a $5.5 million dollar property in Atlanta in 2019.

As he will have also had to pay around $2 million dollars in business related costs, it is therefore estimated, that Offset has a net worth of about $23 million dollars.

Offset is not just one half of the widely known hip hop/trap trio Migos. He is a successful songwriter and rapper who has had a great solo music career so far and his well-received debut album Father of 4 confirms that. Whether it’s rapping or investing in the Faze Clan organization, Offset has found success in many different areas, and even now, he continues to do so. 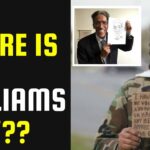 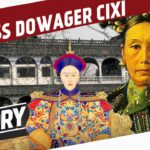