How much is Nicolle Wallace worth?

Who Is Nicolle Wallace

At first glance, Nicolle Wallace may seem like an odd addition to The View. She isn’t a comedian or actress. She isn’t a reality star or former model. Wallace is, in fact, an author and political commentator, with a professional history that includes working in the White House.

True fans know otherwise. The View, created by pioneering broadcast journalist Barbara Walters, included professional women from outside the entertainment industry in its earliest days. Lisa Ling and Meredith Vieira quickly come to mind. Only in recent iterations of the daytime talk show has the cast focused so heavily on entertainment professionals.

Wallace, in many ways, helps the show ground itself once more. The show spent much of the 2013-2014 season struggling to find new footing. A political conservative, Wallace joins Whoopi Goldberg, Rosie O’Donnell and Rosie Perez, filling out the new cast.

American television host and author Nicolle Wallace has a net worth of $3 million dollars, as of 2021. Former co-host of the ABC daytime talk show The View and current anchor of the MSNBC news and politics program, Deadline: White House.

Wallace was born Nicolle Devenish on February 4, 1972, in Orange County, Calif. Her mother was a teacher and her father was an antiques dealer.  She grew up in Orinda, Calif., and graduated from Miramonte High School in 1990.

After graduation, Wallace studied communications at the University of California in Berkeley. When she collected her diploma from UCB, she dove into her master’s studies at the Medill School of Journalism at Northwestern University.

She returned home to California after graduation and got a job as an on-air reporter for a local television station. Wallace quickly shifted gears and fell into politics, first at the California state level and soon as a press secretary for Florida Governor Jeb Bush. That led to work as the Communications Director for the Florida State Technology Office and a pivotal role in the 2000 Florida election recount, which would decide the outcome of the U.S. Presidency – George Bush or Al Gore.

Working in the White House

It wasn’t long before Wallace found herself working for the new President of the United States. She served as Special Assistant to the President and Director of Media Affairs during George Bush’s first term in office.

Wallace was the senior advisor to the McCain-Palin campaign in 2008, when the conservative ticket went up against the young Democrat from Chicago, Barack Obama. Wallace had her hands full with the Sarah Palin, the former governor of Alaska and “rogue” vice-presidential candidate.

The ups and downs of that campaign were so mesmerizing, they were captured in a movie titled Game Change. Wallace says the film is fairly accurate – at least enough to make her “squirm.” Actress Sarah Paulson played Wallace in the film.

After time spent in the public sector, Wallace turned her expertise to other pursuits, becoming a regular political commentator on news programs and morning talk shows, including Good Morning America and This Week on ABC.

She also became a best-selling fiction writer. Wallace published the novel Eighteen Acres in 2010. The story follows the exploits of three women who work in the White House: The President of the United States, her chief of staff and a high-powered reporter. The book is named for the 18 acres of land the White House sits upon.

Wallace followed up Eighteen Acres with a sequel, It’s Classified. She plans another in the series for 2015.

In September 2014, Wallace joined the women of The View as one of the show’s newest cast members.

“I am honored to join the tradition of compelling conversations that has been the signature of The View for the better part of two decades,” Wallace said after the announcement was made. “I have watched The View for many years and now to be seated alongside three women that I have admired is both humbling and incredibly exciting.”

Wallace is married and lives in Connecticut with her husband and their son. 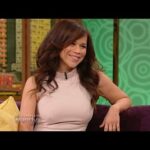 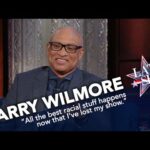