How much is Nicole Kidman worth?

From the moment, the icy Australian redhead stepped onto the scene in her breakout movie, Dead Calm, Nicole Kidman commanded attention. Her turn as a victim trapped on a boat with a crazed psychopath garnered her not only great reviews but also caught the eye of a rising superstar, Tom Cruise, who asked Kidman to co-star with him in the movie Days of Thunder. The role eventually led to her becoming half of one of Hollywood’s most powerful A-list couples and catapulted her into a megastar.

Who Is Nicole Kidman

Nicole Kidman is an Australian actress, producer, and philanthropist. She was born on 20 June 1967 in Honolulu, Hawaii. She began her acting career during her teen years in 1981. Among some of the very first films that she starred in are “Bush Christmas” and “BMX Bandits”. Thanks to her highly-praised acting skills, it didn’t take too long for Kidman to find success. Among some of her most successful roles are in the movies “The Others”, “The Hours”, “Cold Mountain”, “Rabbit Hole”, and “Lion”.

Because of her successful career, Nicole Kidman has been awarded many prestigious awards. She has won one Academy, two Primetime Emmy, and four Golden Globe Awards. During the peak of her career, the actress was listed three times in the highest-paid actresses lists, in 2006, 2018, and 2019. In 2004 and 2018, she was also named by Time magazine as one of the 100 most influential people in the world.

Australian-American actress Nicole Kidman has a net worth reaching $250 million dollars in 2020.

Although she is considered one of Australia’s most famous actresses, Nicole Mary Kidman was actually born in the United States in 1967. Her family moved when she was four back to her parents’ native Australia where Kidman attended school until she quit at the age of 16 to pursue her dream of becoming an actress.

She appeared in her first two movies in 1983, the Australian films, Bush Christmas and BMX Bandits. In 1989, she starred in the film that would change her life Dead Calm followed by her first movie with Cruise, Days of Thunder in 1990.

Cruise and Kidman were married soon after on December 24, 1990. Walking the red carpet with Cruise, the tall and elegant Kidman became known as a style icon, but she had her sights set much higher. She wanted to be known as an actress in her own right, but unfortunately the films she chose didn’t push her over the edge.

In 1991, she was in the movies, Flirting and Billy Bathgate. In 1992, she and Cruise appeared in Far and Away and in 1993, she starred with Michael Keaton in My Life. Though a talented actress, many critics and members of the public criticized her for appearing distant and aloof and even blamed her for the box office flops, claiming that viewers couldn’t warm to her icy, holier-than-thou persona.

In 1995, she chose a more mainstream vehicle, Batman Forever, in which she played Val Kilmer‘s love interest. In the same year, she also appeared in To Die For as a conniving, murderous weatherwoman obsessed with fame. The role finally got her some recognition as an actress when she won a Golden Globe. She followed it up with flops The Portrait of a Lady and The Peacemaker. But Kidman’s next movie, her third with Cruise, at least garnered a lot of publicity if not audiences. Stanley Kubrick’s 1999 swan song Eyes Wide Shut had critics buzzing and debating whether the drama was a work of genius or a convoluted mess.

2001 would turn out to be a year of huge ups and downs for Kidman. She and Cruise went through a very ugly divorce, and the once golden couple ended up sharing custody of their two adopted children, Isabella and Connor, and splitting a combined estate of $350 million.

On the upside, Kidman’s role in the 2001 movie Moulin Rouge! earned her her first Oscar nomination. Although Kidman didn’t win, she did win the following year for her role in The Hours. Following her Academy Award victory, Kidman took on an odd assortment of roles that varied from critical favorites such as Cold Mountain to mainstream choices such as The Stepford Wives and Bewitched to voicing a character in the animation Happy Feet.

In 2005, she met country singer and fellow Aussie Keith Urban at an event honoring Australians. A little over a year later, on June 25, 2006, they married in Sydney. On July 7, 2008, she gave birth to their daughter, Sunday Rose, in Nashville, Tennessee where the couple shares a home. Kidman keeps herself busy with motherhood, marriage, sponsorship deals and charity work, but she isn’t showing any signs of slowing down as a full-time actress.

How Did Nicole Kidman Get So Rich?

Nicole Kidman became rich thanks to her contribution to a lot of successful films, especially in the 2000s. Towards the late 1990s, the actress appeared in the widely-popular “ The Portrait of a Lady”, Practical Magic”, and “Eyes Wide Shut”. The movie that really contributed to the wealth of Kidman was Alejandro Amenabar’s “The Others”. The horror film was so successful that it grossed more than the US $210 million worldwide. Besides commercial and critical success, the movie earned Kidman several nominations for the Goya Awards, as well as her fifth Golden Globe and second BAFTA Award. Also at that time, Kidman was named the most beautiful woman in the world by People magazine.

Following the success of “The Others”, in 2002, the victorious actress took part in “The Hours”, which was also very successful and earned her some distinguished awards – BAFTA, Golden Globe, and sever critics’ awards. Towards the late 2000s, Nicole appeared in different films, “Dogville”, “Birth”, “Bewitched”, and “Rabbit Hole” to name a few.

In 2005, thanks to her success in the film industry, Kidman was offered to become the face of the popular perfume brand “Chanel No 5”. To further promote the perfume, the actress was asked to participate in three minutes long ads that aired from 2004 to 2008, and she reportedly was paid US$12 million per minute. Around this time, she was also listed among one of the most powerful celebrities in Forbes’ Celebrity 100 list.

Nicole Kidman became famous in a short time after she made her acting debut. She was born in Hawaii to two Australian parents who moved to the United States temporarily with student visas. After the family moved back to Australia, Nicole was raised in Sydney, where she attended the Australia Theatre for Young People. At the age of 16, Kidman made her film debut when she appeared in the 1983 Christmas favorite “Bush Christmas”.

Nicole further gained some popularity in her second movie – “BMX Bandits” from the same year. Throughout the 1980s, she continued to appear in various movies and television series. In 1990, she took part in “Days of Thunder” with Tom Cruise (her boyfriend at the time and future husband). She continued to improve her acting skills and make a name for herself in the next few years by starring in the likes of “Flirting”, “Billy Bathgate”, and “Malice”. The second earned the actress her first Golden Globe Nomination. She won her first Golden Globe Award in the 1995 thanks to her outstanding performance in Batman Forever where she plays the opposite of Val Kilmer, the film’s title character.

The main reason why Nicole Kidman is so successful is because she landed some very good roles at the peak of her career. One of the first was the animation “Happy Feet”, in which she portrayed the voice role of Norma Jean. The movie was so successful that it grossed over US $384 million worldwide. A year later, she starred in the musical “Nine”, which received several Academy and Golden Globe Awards, as well as Kidman’s fourth Screen Actors Guild Award nomination.

Kidman’s next role was in the 2010 film “Rabbit Hole”, which was an adaptation of the Pulitzer-Prize winning play with the same name. Her acting skills earned her several nominations for the likes of Academy Award, Golden Globe Award, and Screen Actors Guild Awards. She continued to momentum and starred in “The Paperboy”, “Grace of Monaco”, “Before I Go To Sleep”, “Paddington”, and “Strangerland”.

In the late 2010s, Nicole continued to gain success and took part in different movies. She also participated in a lot of television series at the time. One of the most memorable was “Big Little Lies”, where she reprised the role of Celeste Wright, a housewife, and former lawyer. Other notable works of Kidman include the roles in “The Beguiled”, “The Untouchables”, Destroyer”, “Boy Erased”, and “Aquaman”. In 2019, Kidman was ranked number 4 in the Forbes’ highest-paid actresses in the world, amassing more than $34 million annually.

Besides being a very successful actress, Kidman is also known for being an activist, brand ambassador, and fashion icon. In 1994, she joined UNICEF as a goodwill ambassador, and in 2006, she joined UNIFEM. Also that year, she was appointed a Companion of the Australian Order. Outside acting, Nicole Kidman is also a very well-established artist. The Australian-American has a one-spoken album, one extended play, three music videos, and singles, as well as many other appearances and unreleased tracks.

Nicole Kidman is not just one of the most famous actresses. Thanks to her fantastic acting skills and genuine personality, the prosperous actress has won the hearts of fans from around the world. The Academy Award-winning actress is also often praised for her fashion choices and for using her fame to help others.

Whether it’s being an artist, an ambassador for the UNICEF and UNIFEM organizations, or being the face of Chanel No 5 and Neutrogena among other brands, Nicole Kidman has done it all and continues to establish herself as one of the premiere Hollywood actresses of all time. 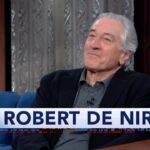 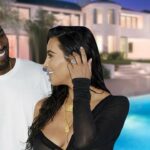