How much is NF worth?

NF is the stage name of Nathan John Feuerstein. He is a popular American singer, songwriter, and rapper who began his music career in late 2010 and since then has released four studio albums that earned him several accolades, including 2 of the prestigious Dove Awards. Throughout his short career, NF has also released two extended plays and multiple hit singles that topped various international music charts.

We calculate NF has a net worth of about $7 million dollars, as of 2021. His earnings have increased rapidly since his 2012 release of “I’m Free”.

How did NF get so rich?

Nathan became rich after he rose to popularity thanks to his debut studio album and hit singles that were released beforehand. Before the album was eventually released, Nathan released a lot of new songs throughout 2011 and 2012. During that time, he began using his initials as his stage name. His debut single titled “Alone” was released in August 2011. The song was created with the help of Brooke Griffith, as well as, producer and songwriter Tommee Profitt.

A year later, his work caught the attention of the label Xist Music. Also in 2012, NF independently released his first extended play – “I’m Free”. After he signed a recording deal with Xist Music, Nathan revealed that he was also planning to release his first project with Xist Music, however, plans didn’t work out and the two parted ways.

Shortly after his departure from Xist Music, in early 2014, Nathan signed to the Capitol Christian Music Group. His first project with the label was his second extended play named “NF”. This became the rapper’s breakthrough project as it quickly climbed the Billboard and other music charts. Besides receiving a lot of positive reviews, Nathan’s second extended play not only received a lot of high ratings by both the media and different magazines but also helped him receive a lot of popularity.

NF became famous because of his excellent rapping skills and uniqueness. He was born on March 30, 1991, in Gladwin, Michigan. Nathan’s parents divorced when he was young and he was raised mostly by his father. Nathan later explained that during his childhood, he had a lot of difficult times because of his mother’s boyfriend, from whom he would have to endure ill-treatment. To make things worse, his mother was also a drug addict and she eventually passed away in 2009 from an overdose. Nathan dedicated a song to his mother called “How Could You Leave Us”, which was released just when he was gaining popularity.

Nathan graduated from the “Gladwin High School” in 2009 and was interested in basketball at the time. Shortly after, he became interested in doing music, especially rap/hip hop. His career started during the Fine Arts Festival in Canton, Michigan, which was organized by the Connection Church. Feuerstein has stated multiple times that during his childhood, the rap music was a way to escape reality. Long before he became a successful rapper, Nathan would record his own songs on a karaoke machine. He would first record his rap parts on one microphone and his instrumentals on the other, then combine both for the final product. In November 2010, (under his real name), the artist independently released his very first album “Moments”.

What made NF so successful was the release of his four studio albums. His very first album titled “Mansion” was released in March 2015. It debuted at number 62 on the Billboard 200 chart and in just one week sold more than 10,000 copies. The album included 12 songs and was met with generally positive reviews. After the release of the album, Nathan’s songs were used in many popular channels and television series such as VH1, ESPN, Showtime, Shades of Blue, Grimm, and ABC’s Chicago P.D, which further boosted his fame.

Nathan’s second album “Therapy Session” was released one year later, in April 2016. The album debuted at number 12 on the Billboard 200 but was able to top other music charts such as Billboard’s Top Rap and Christian Albums. His most successful album to date is his third, titled “Perception”. The album was released in October 2017 and it became the artist’s first studio album to top the Billboard 200 among other music charts. It consists of 16 songs including “L e” and the lead single “Let You Down”, which was released just a week after the album. This sleeper hit initially debuted at number 87 in the Billboard Hot 100, however, after 17 weeks, it reached the number one and stayed there for a short time.

To further promote his successful album, Nathan embarked on his very first tour with fellow rappers Kyle and Logic. Less than 2 years after the album was released, in early January 2019, it was certified platinum by the RIAA and sold more than 1 million units. Throughout the rest of 2019, Nathan released two more singles, one of which he announced would be part of his fourth studio album. Nathan’s latest album had a lots of commercial success and became the album’s first lead single. The fourth album, also titled “The Search”, by NF was released in July 2019 and was less successful than “Perception” but still received positive reviews by both the media and his fans.

Nathan Feuerstein, or simply NF, is one of the most impressive and unique young rappers. He is often compared to his idol, and major influence in his life, Eminem, mainly because of his tongue-twisty, indefatigable, and relentless style of rapping. Nathan’s talent is the main reason why he became so rich and successful and it took him no time to gain a lot of fans from around the world and make a name for himself. 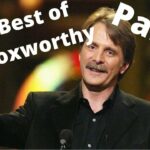 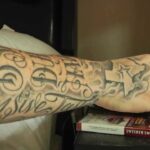