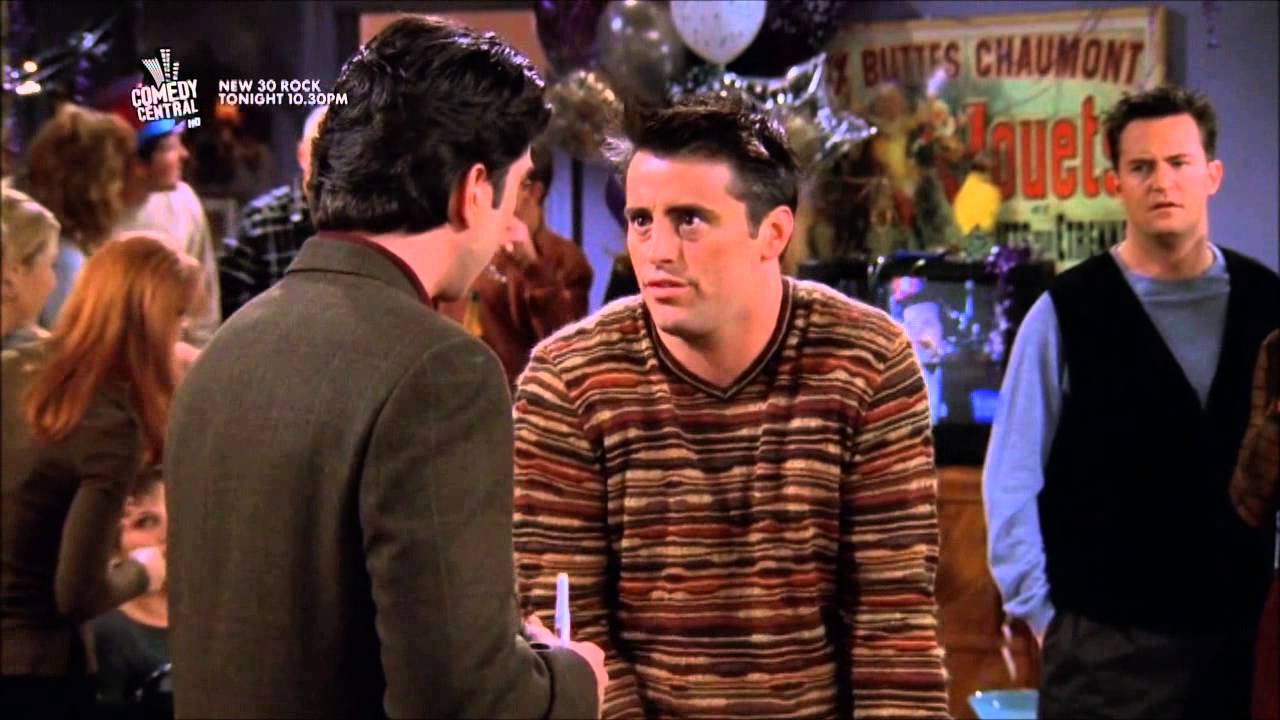 New Year’s Eve is the most celebratory night of the year. And this year it will likely be crazier than ever since 2017 was a dumpster fire that we can’t wait to leave in the past.

On NYE, everyone is toasting to the new year, letting the last year go, and getting drunk AF. Well, some people. Although a few are content with a quiet night at home ringing in the new year with their closest loved ones (or pets!) while the ball drops, I think I speak for a majority of us when I say NYE is ensured to be LIT. So to properly prepare for your crazy night out, get in the spirit with these New Year’s Eve-centric TV episodes!

Anyone who has ever experienced serious FOMO on New Year’s Eve will relate to this classic episode of HIMYM. Ted (Josh Radnor) drags the gang around New York in a limo he rented with his Christmas bonus in an attempt to go to as many parties as possible. Since their NYE is usually disappointing (something most of us can relate to), the goal is to go to five different parties and pick the best of the bunch to ring in the new year with. Obviously, things don’t go as planned.
With mishaps galore, the gang decides to just pop open some champagne and party in their traffic-logged limo as the clock strikes midnight. It’s the perfect depiction of NYE, where nothing ever goes according to schedule but you still have a pretty damn good time if you’re with the right company.

This episode of The Office has its patented laughs, but also a little sadness. When the woman Michael (Steve Carrell) loves is coming close to the ultimatum she had with her boyfriend that he had to either propose or it’s over by the end of the year, he prepares for either outcome. Obviously, he wants his lady friend to leave her boyfriend and get with him, but that’s not exactly how it pans out. And when things go poorly, he takes it out on the Dunder Mifflin team. The group had been writing down their resolutions — and everyone is basically failing already. So Michael chastizes them for giving up so easily, and everything basically goes downhill from there. The good news? At least someone fulfills their resolution: Creed (Creed Bratton) learns to do a cartwheel, a.k.a the “only thing” he’ll have to do all year.

Here is your yearly dose of My So-Called Life‘s specific brand of teenage existentialism and sadness. This episode brings some weighty resolutions for the gang, including Rayanne’s (A.J. Langer) resolution to stop drinking in the new year. It also brings some hefty problems as Rickie (Wilson Cruz) struggles with homelessness and the fact that he really, truly has nowhere to go. It’s one of the most crushing things to watch as a young boy, who’s done nothing wrong, is tossed aside from his family. But there is a happy ending as a teacher at school takes Rickie in and gives him a warm place to stay. Sometimes the new year isn’t just for vowing to get skinny, it’s for changing your life and making things better.

This episode doesn’t explore just any New Year’s Eve, it explores the one before “Y2K” — you know, when the world was supposed to fall into chaos as 1999 turned to 2000. Everyone deals with the impending consequences of Y2K, like the idea that computers were going to fail, differently. Dale (Johnny Hardwick) gathers all the supplies he can find, while Hank (Mike Judge) is content with buying a new computer and calling it a day. It’s a very human holiday and goes to show that panic gets you nowhere. Go into the new year with ease, it’ll all be okay.

This episode is all about how New Year’s Eve (or anything) never turns out how you expect. Phil (Ty Burrell) brings the family to the Palm Springs resort he frequented as a kid, still holding onto rosy memories. Turns out the place is a dump and has fallen into disarray since his youth. Everyone tries to have a good time but when you’re plagued by nudists and crappy bars, it’s a little hard. Back at home, Alex (Ariel Winter) and Haley (Sarah Hyland) are taking care of the younger kids with disastrous results. At one point, the youngest ends up outside, ringing the doorbell and talking about how she saw a coyote. There’s always next year I guess?

The title of this episode says it all. What’s a New Year’s Eve without a few tears shed? The saga of Lauren Conrad and Jason Wahler was still going strong in this first season The Hills ep. When Lauren takes a call from an ex, Jason loses his damn mind — acting like a baby the entire night and ruining their New Year’s Eve. Being the smart woman she is, Lauren bails on him in the club and goes tf home, content to ring in the new year on the couch. But drunken Jason comes to her apartment, makes her come outside, and gives her the most staged MTV apology and midnight kiss in the history of the world. It’s horrifying and amazing all at once. Can we please have The Hills back in 2018?!

It’s a dramatic New Year’s Eve on the Upper East Side. This episode brings up all the best old feelings for Blair (Leighton Meester) and Serena (Blake Lively). They both find themselves battling their desire for old loves as they reach the new year. Some fail: i.e. Serena kissing Dan (Penn Badgley) at midnight. And some end up in a horrific car accident together! Because it’s not Gossip Girl if something crazy doesn’t happen, Upper East Siders.

This show about teen life in the ’70s ends on New Year’s Eve 1979, as the world waits to step into the ’80s. The lead brings about a lot of change for the gang. There’s new couplings, new babies, and the return of an old favorite back to spend the new year with his loved ones. The show ended on a surprisingly simple note: Donna (Laura Prepon) and Eric (Topher Grace) reuniting and ringing in the new year together, realizing together is where they belong. Nothing like New Year’s Eve to make you realize what’s important.

7. “The One With All the Resolutions,” Friends

Also known as the one where Ross (David Schwimmer) wears leather pants. Everyone in the group vows to complete their New Year’s resolutions, though some are more extreme than others. While Ross’s was merely “trying something new,” he ends up wearing something new on a date to hilariously embarrassing results. Elsewhere, Rachel (Jennifer Aniston) tries to give up gossiping — but we all know that’s impossible. No one ends up following through on their resolutions, showing just how relatable Friends is for every occasion.

The entire plot of Futurama hinges on one fateful New Year’s Eve. After pizza guy Fry (Billy West) delivers a pizza to a weird address, later realizing it was a prank, he falls into a contraption that cryogenically freezes him for a thousand years. He wakes up in the year 3000, with life completely different from all he left behind. Without that prank call on New Year’s Eve, there would be no Futurama and no crazy future hijinks from the Planet Express crew!

Most people remember this episode for Jenna’s (Jane Krakowski) weird fake relationship with James Franco, but there’s a much more interesting New Year’s theme throughline in the episode. Jack (Alec Baldwin) has been reconnecting with a lost teen love, and in true New Year’s Eve fashion, calls and leaves her a drunk voicemail. Been there, done that.
He realizes his mistake in the morning and rushes to her house, which is empty since she’s on vacation, and breaks in intending to delete the message. After fiddling all night with the machine he finally gets into her answering machine and realizes her code stands for “Klaus” from a play they were in together in high school. With that he realizes his feelings are not in vain, making for a surprisingly tender Jack-centric plotline. Sometimes in the new year, you don’t need something new, you need a new perspective on something old. Oh and Liz (Tina Fey) sleeps with James Franco because why not!

This episode has one of the most epic New Year’s Eve kisses of all time. Marissa (Mischa Barton) and Ryan (Ben McKenzie) have been on the outs due to awful Oliver (Taylor Handley) but this episode brings them back together. As the clock is about the strike midnight, Ryan runs to Marissa set to a perfect song: “Dice” by Finley Quaye. It’s a beautifully soundtracked moment as he gets to her just in time for a perfect New Year’s kiss. Teen hearts everywhere swooned.

It’s called “The Good News” but it’s chock full of bad. Don (Jon Hamm) decides to spend his first New Years without his wife with an old friend in California. But upon his arrival he learns she has terminal cancer, bringing him immense sadness. He returns home to leave her to die peacefully and then learns his company is struggling financially. He enters 1965 unsure of what his life will look like at the end of the new year. It’s normal to have a sense of uncertainty about what’s to come, making Don relatable AF in this poignant episode.

This is another episode that deals with stepping into the new millenium from 1999, but this time there’s not Y2K madness — just some rivaling parties. Kramer (Michael Richards) and Newman (Wayne Night) are fighting over their competing millenium parties before eventually agreeing to combine them into one massive fiesta… but only on the condition they don’t invite Jerry (Jerry Seinfeld). Newman lets Jerry come because he’s going to bring Elaine (Julia Louis-Dreyfus) but there’s one snag: Jerry RSVP’d for the new millennium, i.e. December 31st, 2001. A year later. The episode ends with Newman upset and no real resolution. A true Seinfeld episode, through and through.

1. “The One With the Routine,” Friends

The ultimate New Year’s Eve TV episode of course includes a dance routine. Ross and Monica (Courtney Cox) finally get a shot to be on Dick Clark‘s New Year’s Rockin’ Eve and think it’s the perfect time to resurrect their dance routine from their youth. Too bad the routine is ridiculously embarrassing and no one wants them to do it. They get to do the routine for the cameraman and it’s amazing and intricate and he says he loves it. Too bad he just wants to film them doing it for the blooper reel! It’s always amazing to see old traditions come to life again in adulthood, and Ross and Monica got to do just that in this episode. New year, same great siblings. 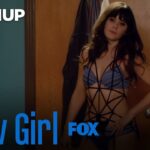 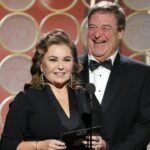