Businessman Neil Darish has become famous thanks to his appearance on TV show Edge of Alaska on Discovery channel. Living in McCarthy, he is well-known as the unofficial Mayor of the place. As of 2021, his estimated net worth is approximately about $1 million and we also know interesting details from his personal life.

Neil Darish grew up on the East Coast. He has been openly gay since his 20s and he came to Alaska with his then partner who grew up in McCarthy. Despite that, his sexuality is not a big point on the show. However, Darish is currently single.

McCarthy is not a large town. It has about 40 residents in the winter. Darish owns a majority of the lands there, including the only bar, store, and hotel in the town. He is working on restoring the glory of this small scenic town. He has been buying properties for years, pursuing his dream.

Reality TV show Edge of Alaska premiered on Discovery on October 24th, 2014. The show had two seasons. The season 2 originally aired from August to October 2015. Neil Darish is a successful entrepreneur and beside his income of the businesses he runs, he amassed a part of his net worth thanks to the appearance on the show. 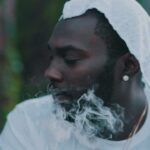 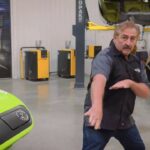