How much is Naomi Watts worth?

Who Is Naomi Watts

This soft-spoken Australian import (by way of England) brings a three-dimensional wow factor to every role she takes. And even with two kids in tow, this blonde beauty isn’t slowing down anytime soon.

British actress Naomi Watts has a net worth of $30 million dollars, as of 2021.

The Dar Side Of The Moon

Born in Shoreham, England, Naomi and her brother were raised by an actress and interior designer mother and a sound engineer father who worked for Pink Floyd. Her parents split when she was a child, but real tragedy struck when Naomi’s father died when she was only seven. Following his death, the family moved around England before making the trip to settle in Australia when Naomi was 14.

Without many friends in her new country, Naomi begged her mother to enroll her in acting classes before she started to land numerous commercial spots. The acting classes paid off when Naomi was 18 and landed a role in her first feature film, For Love Alone. After the film, Naomi continued to audition and land commercial roles, eventually meeting fellow aspiring actress Nicole Kidman on one audition. The two immediately hit it off and took their off-screen friendship onscreen when, in 1991, they both landed roles in Flirting.

Still not a smash hit, Naomi went on to appear in a slew of under the radar Australian TV series and low budget films. But her luck changed in 2001 when she was cast in the critically acclaimed David Lynch flick, Mulholland Drive. Industry insiders and viewers alike were beginning to take notice of the English/Aussie beauty with some serious acting chops.

Her budding career was sealed when in 2002 she appeared in the box office thriller The Ring. The movie, which grossed more than $100 million, put Naomi’s name on the lips of every director in town even though the film wasn’t a critical homerun. She went on to appear in a series of heavy films like 21 Grams (2003) for which she earned her first Best Actress Academy Award nomination, I Heart Huckabees (2004) and King Kong (2005).

Now a bona fide Hollywood heavyweight herself, Naomi’s personal life started to heat up. She embarked on a tumultuous relationship with late actor and fellow Aussie Heath Ledger from 2002 to 2004. Despite their reportedly bitter split, the two maintained a friendship and Naomi was devastated by his January 2008 death from a drug overdose.

In 2005, she began dating actor Liev Schreiber. Two years later, the couple welcomed their first child, son Alexander Pete, and had their second child, Samuel Kai, in 2008. Although the pair frequently plays tricks on the media regarding their rumored engagement, the couple is still happy to blissfully call each other “partner” for now.

Naomi went on to star in the thriller The International opposite Clive Owen in 2009 and Cannes Film Festival wunderkind drama You Will Meet a Tall Dark Stranger a year later. She continued to star in heady dramas like Fair Game as exposed C.I.A. agent Valerie Plame in 2010 and 2011’s Dream House alongside Daniel Craig and Rachel Weisz.

Even though her career didn’t accelerate as quickly as her best friend’s, Naomi has definitely caught up. With a scorching hot career and a regular starring role as mom and Liev’s leading lady, it’s clear that her personal and professional struggles have only equipped her to handle whatever life throws at her. 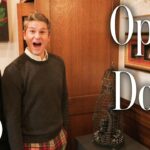 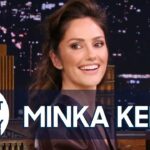