A good movie reels you in and makes you care about both the characters and the story. A great movie takes everything you were expecting and throws something totally different at you. It’s all about balance: the ending can’t be completely out of left-field, but just unexpected enough that you never saw it coming. The best movie plot twists are usually found in horror films or thrillers, but it can happen in dramas, too, and even comedies.

All we’re really asking from a great movie with an A+ plot twist is to draw us in and then unleash the unexpected, leaving enough breadcrumbs along the way to make us feel like idiots for not predicting the twist in the first place. These 18 movie plot twists are the best of the best, but there are **NO SPOILERS** below, just in case you haven’t gotten to watch these flicks yet.

This Alfred Hithcock classic completely shocked viewers at the time. For a movie as early as 1960, it was terrifying and audiences were shocked when star Janet Leigh was killed in the first thirty minutes of the film.
But that isn’t even the big twist. That one happens towards the end when the true personality of Janet’s killer is shockingly revealed.

In The Othes, Grace (Nicole Kidman) and her children live in a remote home on an island off the coast of France in the 1940s. Due to a rare disease, her children cannot be exposed to sunlight, so the curtains are always drawn and the children never go outside. Creepy, right? It gets even creepier when scary happenings begin in the home. Weird noises, footsteps, and generally ghostly things start to take place but the explanation behind the haunting it what truly had viewers gasping.

When Nick Dunne’s (Ben Affleck) wife Amy goes missing, he becomes the main suspect. There’s no denying that he’s exhibiting some wildly suspicious behaviors. While trying to prove his innocence, the truth is revealed to be a lot more complicated than viewers ever saw coming. Basically, the whole movie plot changes halfway through and in the best way.

Let’s break the first rule of Fight Club by talking about Fight Club. Edward Norton plays an unnamed protagonist suffering from loneliness and insomnia. He meets soap salesman Tyler Durden (Brad Pitt) and together they start a recreational fight club. But Tyler goes a bit overboard with his aspirations for the fight club and no matter how crazy the movie seems at first, it just gets even crazier.

High school student Sidney Prescott (Neve Campbell) is being terrorized by an anonymous masked killer as the anniversary of her mother’s death approaches. This killer wreaks havoc on the whole town when (s)he begins killing other teenagers. No one is safe, and the killer is, of course, someone you DEFINITELY weren’t expecting. This teen scary movie surprised audiences not only with its twist, but its overall quality, thus why it’s inspired countless sequels.

This M. Night Shyamalan film was guaranteed to have a twist ending. That’s kind of his thing. But The Village‘s was really, really good. introudces us to a small community in 1897 that is largely cut off from the world and kept in their area due to a creature that haunts the woods. In need of medical supplies after a young man with developmental disabilities stabs another member of the community, the elder chief’s blind daughter is sent through the woods to retrive medical supplies from a neighboring village. There, she (and we), learn the truth of this isolated village and it’s totally unexpected.

When twelve alien ships land on all different parts of the Earth, the U.S. Army recruits a physicist and a linguist to figure out what they want. The linguist, Louise (Amy Adams), starts to learn their language and becomes preoccupied with memories from her past. As you probably could’ve already guessed, everything you thought you knew about this movie gets completely flipped on its head. The movie was nominated for eight Academy Awards and won one, so you know it’s good.

One of the newer movies with insane plot twists, Get Out is centerred around Chris Washington, a black photographer dating a white woman named Rose. Chris and Rose are staying the weekend with her wealthy parents at their country estate. Rose’s parents seem kind and welcoming, but things take a turn to weirdsville when Rose’s mother, a psychiatrist-hypnotherapist, puts him in a trance. There’s a reason this movie got so much praise this year. You have to see this different kind of horror film.

Without getting too much into it, you know that this romantic war drama will be a downer. It just has the stylysitc vibe that says this sh*t is going to make you cry. And it does, really hard. Robbie (James McAvoy) is the housekeeper’s son living on the grounds of a large English estate. Cecila (Keira Knightley) is the older sister who Robbie falls in love with, and Briony (Saoirse Ronan) is the younger sister who loves Robbie and wants him for herself. Lies are told, lives are ruined, and if I said more, this movie will be spoiled for anyone who has waited ten years to see it.

Ok, so this ’80s slasher horror movie is straight up iconic and if you don’t know the twist already, that’s pretty shocking in itself. Is it the best movie ever made? Not even close. But it has the scariest and oddest twist ending many people have ever seen. Set in the newly re-opened Camp Crystal Lake, teenage camp counselors gather before the camps opening day to drink and have sex. So, pretty usual stuff… until they all start dying, of course.

In this crime thriller, a sadistic serial killer murders his victims using the seven deadly sins as inspiration. It’s creative, disturbing, and gory at the same time. Brad Pitt and Morgan Freeman play the detectives tasked with finding this psycho. And they do, but when they do, it’s his last crime that left audiences with their jaws on the floor.

After their third child is stillborn, a couple decides to adopt an orphan from Russia. Nine-year-old Esther arrives and is quickly accepted by their deaf-mute daughter, but their 12-year-old son isn’t having it. Even the movie poster says something isn’t right with Esther and you’ll never guess what is. That plot twist is one to remember.

Taking place in 1890s London, The Prestige depicts two rival magicians and their seemingly impossible tricks. The whole movie is a huge mind bender and kind of confusing. The twist is truly unexpected and will probably have you wondering why you didn’t see it coming. Plus, you have some major eye candy with Christian Bale and Hugh Jackman as the rival magicians.

For being a movie about a Wall Street serial killer, it’s actually pretty funny. American Pyscho stars Christian Bale as Patrick Bateman, a yuppie who goes a little (read: a lot) cray-cray. The movie carries on with Patrick happily murdering innocent people and laughing hysterically about it. The twist ending is a bit ambiguous and will leave you confused, even seventeen years later. If you haven’t seen this movie, change that now!

The beginning of the skin-curdling gore that is the Saw franchise was the best one of all. It was a movie unlike any other, putting normal people in completely awful and terrifying situations. Two men wake up in a huge bathroom. Both are shackled at their feet and given hacksaws to escape. They discover a hidden camera and thats only the beginning of their torture. The twist is scary in more ways than one.

In Shutter Island, Leonardo DiCaprio is a U.S. Marshall searching for a missing patient at a hospital for the criminally insane. This hospital just so happens to be on a secluded island (thus, the title). The person Leo’s looking for is incarcerated after drowning her four children. Dark in itself, his search brings up the memories of his own tragic past and he discovers something hidden about himself. You won’t see it coming!

This psychological horror film is freaking crazy. Natalie Portman stars as Nina, a dedicated (some would say almost TOO dedicated) ballerina vying for the lead role in Swan Lake. But when Nina begins suffering hallucinations, sh*t hits the fan. As she begins losing the ability to tell what’s real and what’s not, so does the audience. Portman won the lead actress Academy Award for her performance.

This movie is famous for its twist ending. The second M. Night Shyamalan movie on our list, it’s for good reason we were saving the best for last. A young Haley Joel Osment plays a troubled boy who has the ability to see and talk to the dead. Bruce Willis is his sympathtic psychiatrist who wants to help rid him of these visualizations. You may know the ending to this one, but it’s still one hell of a good twist. 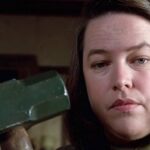 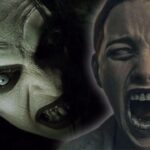