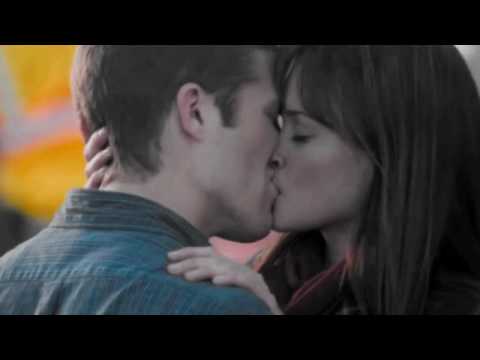 The transition from college life into to the real world can be brutal. Everyone wonders when you’re going to actually use the degree you spent thousands of dollars on, people come out the woodwork to give you relationship advice and let’s not even start on money because… what money? You can barely afford to buy a bagel. Whether you’re moving into your own place with a “dream job” or back crashing in your parents’ basement, the shift from being a full-time student to a full-time adult isn’t for the faint of heart.

We struggle to realize that there’s so much we can no longer get away with (like wearing the same yoga pants to work every day). Luckily, we can take comfort in knowing that we’re not the first, nor the last to embark on the unmarked path of life after degrees are conferred. While pop culture may sometimes lead us astray, these 16 movies capture the quarter-life crisis perfectly. Thank goodness we’re not out here roughing it alone!

What’s worse than graduating? Graduating in the middle of the recession. Just ask Ryden Malby who’s forced to move back in with her parents, after her dream job has been given to her college nemesis, Jessica. Brutal.

In an attempt to get her life together, she moves back to her hometown and strives to find a job as quickly as possible before her dream of being an editor of a publishing company fades away. Throwing a kink in her plans, of course, is a guy… her childhood best friend who just so happens to have a crush on her.

Talk about a fish out of the water! Andy Sachs is a recent college graduate and aspiring journalist with big dreams. Not at all a fashionista, she somehow lands a job at a prestigious fashion magazine and finds herself the assistant to the diabolical editor, Miranda Priestly. Andy questions her ability to survive her grim one-year as needy Miranda’s go-to gal without losing herself in the process.

Graduation has a way of making you rethink your entire life and future. This is the case for Alice, who decides to dump her college boyfriend Josh and moves to New York City to be a paralegal. She’s determined to learn what it’s like to be on her own for the first time ever and in the process learns that it’s not all it’s cracked up to be. It’s a laugh-riot though!

As a struggling college grad lounges around in his childhood bedroom and attempts to figure out his next move, he falls into a twisted spiral of events. He is soon seduced by Mrs. Robinson, a bored housewife, and friend of his parents. But what begins as a fun affair takes a turn for the worse when Benjamin falls for Mrs. Robinson’s daughter, Elaine. Pretty sure this is much worse than just being unemployed. While maybe we can’t all relate with starting a relaysh with a cougar, many of us probably know that this is the perfect time to fall for the wrong person.

What do you do when people doubt you? You prove them wrong! The film tells the story of Elle Woods, a charming, but scatterbrained sorority girl who graduates and attempts to win back her ex-boyfriend by getting a law degree. With Reese Witherspoon, Luke Wilson and Selma Blair — it’s A-list cast just adds to the overall perfection of this movie.

Before she wrote and starred in HBO’s Girls, Lena Dunham made the feature film Tiny Furniture — all about the life of a liberal arts grad that returns home only to discover that having a degree doesn’t necessarily mean you will be taken seriously. If that isn’t the story of everyone’s life at this time… I’m not sure what is.

Set in the summer of 1987, this film follows recent college grad, James Brennan, who has big plans to tour Europe and attend graduate school for journalism. But you know what they say about the universe and ‘big plans.’ Instead of traveling abroad, financial problems force James to take a summer job at Adventureland, a run-down amusement park in Pennsylvania.

The funny thing about college is that most people hate it so much while they’re there. The tests, the studying, the annoying frat guys. But, as soon as graduation comes, nobody wants to leave. The same is true for the characters in Kicking and Screaming, all of whom refuse to move on with their lives indefinitely leading to some pretty interesting adventures.

Oh, the woes of being in your twenties. This film follows Lelaina, an aspiring videographer working on a documentary called Reality Bites, about their attempts to forge relationships and begin careers. One person working retail has an endless string of one-night stands and anxiously awaits the results of her HIV test. Another struggles to come out to his parents. All of this happens while Lelaina finds herself in the middle of a love triangle. Drama. This movie’s from 1994 but no less relatable.

On the flipside, what happens when you graduate and do land your dream job? Does everything go according to plan? Of course not!

Leigh London is a talented journalist living in New York City having an affair with her engaged boss. After things go haywire at her job, she becomes disillusioned with life in the city (me!) and decides to flee to her hometown. She takes a job as a pool lifeguard as she attempts to figure out her next move. I think we all know those moments where we wish we could go running home. Also, hi, Kristen Bell.

When life gets you down, flee to the place that once made you happy. In this film, that place for Elise Miller happens to be a childhood summer camp. A series of unfortunate events like job loss and a cheating boyfriend leads publishing assistant and aspiring author back to Camp Takota as a counselor. Starring some of your favorite YouTubers, this one’s a must-see.

Letting go of college life is really hard to do. Just ask the Barden Bellas. Three years after winning the previous competition, the Bellas are now led by Beca and three-time senior Chloe, who’s allergic to graduating. As the acapella group struggles to rebuild their reputation at the World Championship of a cappella, each of the seniors struggles to cope with leaving everything they love behind.

This film centers on a group of friends, all recent graduates of Georgetown University, and their misadventures in adulthood. Kirby is a writer who wants to be a lawyer; Kevin is a writer, secretly in love with wild-child Jules; Alec’s political dreams alienate his girlfriend, Leslie; and Wendy is the sweet and naive girl in love with Billy, who alternates between three roles: husband, dad, and drunk.

Set in the early 1980s, recent grads Alice and Charlotte work at a New York publishing house as poorly paid manuscript readers. After work one night, they gain entry into an exclusive disco nightclub, where they conceive a plot for how to fast-track their careers and earn more money (let me in on this plan!).

Fake it until you make it, right? That’s the motto for aspiring news producer Becky Fuller, who’s dreamed of working for the Today show since childhood. Her ambitious nature is off-putting to dates and after being laid off from the local Good Morning New Jersey, her mother advises her to give up her dream before “it becomes an embarrassment.” Great advice??!?

However, Becky continues to send résumés out. Oh, how much we loathe applying for jobs. Eventually, she receives a call from a producer looking for a host for a struggling national morning show, DayBreak, which might be her big break.

Topher Grace and Anna Faris star in this comedy flick set in the 1980s. Take Me Home Tonight focuses on recent MIT grad Matt, who moves back in with his parents in L.A. But when his high school crush comes into the video store he works at, he pretends to be an investment banker at Goldman Sachs. Eventually, his lie comes out (they always do…) and he’s forced to face the fact that he doesn’t know what he wants to do with the rest of his life or even where to start. 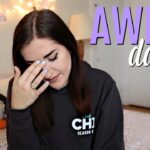