One cannot talk of Morihei Ueshiba without discussing the martial arts style of aikido he invented. Over the years, Ueshiba went from what many have said was a very strong, powerful man to one who was less muscle-bound. As he diminished in power, the art that he practiced continued to morph to accompany his new skillset. Further, the art he practiced was also heavily influenced by spiritual or internal changes as well. And eventually, what Ueshiba became known for was a style that was more circular and spiritual than the other throwing arts.

Japanese martial artist and founder of the martial art of aikido Morihei Ueshiba has a net worth of $1 million dollars, as of 2021. Ueshiba is often referred to as “the founder” Kaiso or Ōsensei, “Great Teacher”.

Ueshiba continues to be a martial arts legend for his work and unique style. Here is his story.

Date of Birth: Morihei Ueshiba was born in Tanabe, Wakayama Prefecture, Japan on December 14, 1883. He was the youngest of Yoroku and Yuki Ueshiba’s five children.

As is the case with many significant martial arts practitioners- see Helio Gracie and Gichin Funakoshi- Ueshiba was somewhat sickly as a child. He was known to be an intellectual, rather than a physically imposing child (though that would change in the future).

In terms of upbringing, Ueshiba was lucky in some sense as well. His father was rich, a landowner who traded in lumber and fishing. His father was also politically active to the point that he was attacked once in front of Ueshiba by followers of another politician. This plus his father’s stories about Ueshiba’s great grandfather, once known to be a powerful samurai, likely compelled the eventual aikido founder toward the martial arts life he was going to partake in.

Ueshiba’s early martial arts training can be characterized as sporadic. Records indicate that he practiced Tenjin Shin’yō-ryū jujutsu under Tozawa Tokusaburō very briefly in 1901 in Tokyo. More significantly, he studied Gotō-ha Yagyū Shingan-ryū under Nakai Masakatsu from 1903 to 1908 in Sakai, though even that was spotty due to his military service at the time. On top of it all, Ueshiba also practiced judo under Kiyoichi Takagi 1911 in Tanabe.

That said, his true martial arts identity began after moving to the island of Hokkaidō in 1912 with his wife, as part of a settlement effort. There he began to study Daitō-ryū aiki-jūjutsu under its reviver Takeda Sokaku. Thus, he practiced much in the line of throws, joint locks, and strikes to vital organs- in essence, we’re talking about a form of aiki-jujutsu called Dairo-ryu. However, to hear Ueshiba speak of it, he learned much more than that under Sokaku.

“I went to many places seeking the true budo. Then, when I was about 30 years old, I settled in Hokkaido. On one occasion, while staying at Hisada Inn in Engaru, Kitami Province, I met a certain Sokaku Takeda Sensei of the Aizu clan. He taught Daito-ryu jujutsu. During the 30 days in which I learned from him I felt something like an inspiration. Later, I invited this teacher to my home and together with 15 or 16 of my employees became a student seeking the essence of budo.”

In the end, Ueshiba indicated that “Takeda Sensei opened my eyes to budo,” something he could not find as much of in the other arts he had studied.

There are disputes and more regarding the history of every martial arts style known to man. There are certainly some about Ueshiba as well. That said, he reportedly gained several of the scrolls indicating his training with Takeda. Included in these were the Hiden Mokuroko, the Hiden Ogi,and the Goshin’yo te. Ueshiba also received his kyoju dairi certificate, or teaching license, for the system from Takeda in 1922. In addition, it has been indicated that Ueshiba received a Kashima Shinden Jikishinkage-ryū sword transmission scroll from his teacher in the same year. From there, he served as a teaching assistant with Takeda, helping to teach the Daitō-ryū system.

From Daito-ryu to Aikido

As a whole, jujutsu forms tended to be more linear and have a basis in strength, to which the once sickly Ueshiba gained a lot of as he moved on in years. Early on, he stayed true to his Daito ryu roots in his teachings. As time went on, however, and he lost some of that strength, he began to delve less into strikes designed to hurt or kill and linear work; instead, choosing to focus on circular movements, throws, and generally a more defensive style. He still, of course, stayed true to the use of an opponent’s power against them, a staple in any true grappling/throwing art.

In fact, through some of his more well-known early students, such as Kenji Tomiki (who later founded Shodokan Aikido or Tomiki-ryu), one can still see the more linear path of what they were taught via Ueshiba.

As Ueshiba moved away from strength based martial arts and aggressiveness, he chose to change the name of the style of his teachings. Along with this, he changed the name of the art he taught several times- first it was aiki-jūjutsu, then Ueshiba-ryū, Asahi-ryū, aiki budō, and finally aikido.

The changes Ueshiba implemented within his art perhaps had just as much to do, if not more to do with spiritual influences than anything else. After he left Hokkaidō, the eventual formulator of aikido found a man by the name of Onisaburo Deguchi, who was the spiritual leader of the Ōmoto-kyō religion in Ayabe. Beyond the fact that Deguchi influenced Ueshiba’s views on life, he also managed to introduce him to higher level political circles, which consequently had an effect on his ability to influence the world with his art.

In accordance with his spiritual awakening, Ueshiba credited multiple experiences for the evolution of his art. These were:

1. In 1925, Ueshiba reportedly defeated an aggressive naval officer’s bokken (wooden katana) without hurting the man. He then walked to his garden and experienced something significant- “…”I felt the universe suddenly quake, and that a golden spirit sprang up from the ground, veiled my body, and changed my body into a golden one. At the same time my body became light. I was able to understand the whispering of the birds, and was clearly aware of the mind of God, the creator of the universe.

At that moment I was enlightened: the source of budo is God’s love – the spirit of loving protection for all beings …

Budo is not the felling of an opponent by force; nor is it a tool to lead the world to destruction with arms. True Budo is to accept the spirit of the universe, keep the peace of the world, correctly produce, protect and cultivate all beings in nature.”

2. His second experience came to be in 1940 when- “Around 2am as I was performing misogi, I suddenly forgot all the martial techniques I had ever learned. The techniques of my teachers appeared completely new. Now they were vehicles for the cultivation of life, knowledge, and virtue, not devices to throw people with.”

3. In 1942 during some of the toughest portions of World War II, Ueshiba had a vision of the “Great Spirit of Peace”-“The Way of the Warrior has been misunderstood. It is not a means to kill and destroy others. Those who seek to compete and better one another are making a terrible mistake. To smash, injure, or destroy is the worst thing a human being can do. The real Way of a Warrior is to prevent such slaughter – it is the Art of Peace, the power of love.”

In 1927, Ueshiba founded his first dojo in Tokyo. The dojo still exists today under the name of Aikikai Hombu Dojo.

Ueshiba died suddenly on April 26, 1969 of cancer. As is sometimes the case with those who are close, two months later, his wife Hatsu (植芝 はつ; Ueshiba Hatsu, née Itokawa Hatsu; 1881–1969) died as well.

Ueshiba was a highly intelligent man who taughts us all more than just martial arts. Along with this, here are a few of his most famous quotes, as indicated by BrainyQuote.com.

This Morihei Ueshiba Net Worth profile originated at WealthyGenius.com 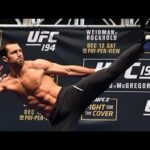 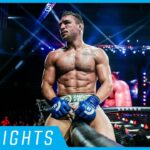