Blond American actress Monica Potter is best known for her appearance in movies Con Air, Patch Adams, Along Came a Spider and Saw. You could also see her as Kristina Braverman in popular drama series Parenthood, for which she earned her nomination for a Golden Globe Award. Her total net worth is estimated to be about $3 million.

How Did Monica Potter Get So Rich?

She was born as Monica Gregg Brokaw on June 30, 1971 in Cleveland, Ohio, as the eldest of four siblings. She wanted to be an actress since she was little and began acting at the Cleveland Play House when she attended elementary school. Monica did some modeling for newspaper and magazine ads and some commercials since she was 12. In 1994, she moved to Los Angeles, California.

Monica was married to Tom Potter from 1990 for eight years and they have two sons. Than she married Daniel Allison, an orthopedic surgeon, in 2005. They have one daughter together, Molly Brigid Allison, born in 2005.

She lives in traditional three-bedroom house, which she found on the market 12 years ago. Price wasn’t an issue with her high net worth. She enjoys decorating her home. The backyard is stylized like an English garden with lavender and a French influence. Her favorite chore is cleaning the kitchen and cooking. She has a lot of silver pitchers, in which she put flowers. Potter also collects antiques. She has for example a lot of old rocking chairs. 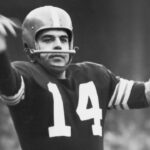 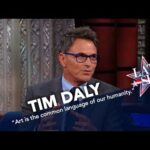