How much is MJ DeMarco worth?

MJ DeMarco founded the online website and associated company, Limos.com in the early 2000s which he sold in 2007 for a substantial profit.

As of 2023, MJ DeMarco’s net worth is estimated to be about $20 million dollars.

MJ DeMarco may be best well known as the author of the book “The Millionaire Fastlane”. Inside DeMarco explains his philosophy for getting rich by limtiting what jhe calls are “head winds”, getting out of the “slow lane” and getting into the “fast lane” of building wealth. The entire book is built around car metaphors which make it easier to understand and more fun to read.

MJ DeMarco grew up in Chicago and always had the goal of building wealth, yet as time went by and “real life” happened it seemed more like just a dream. He was working as a limousine driver when he overheard a conversation from a young rich entrepreneur who was high on life being completely “out” of the need to earn money. It enlightened him that getting rich was definitely achievable and after overhearing the conversation was set about building wealth for himself.

As DeMarco knew about the limo business he decided he would start by making a portal website online, he called it Limos.com. As Limos.com grew it grew far past his initial vision and became the go-to place for people to contact to find a limousine to book. At that time CPA, or cost per acquisition, didn’t really exist. There was affiliate marketing yet it was before the time that buying leads was a normal done thing.

Yet when a friend of DeMarco’s came round and saw all these emails of people wanting to book a limousine driver, he just knew he needed to turn these emails into real money. So he set about offering the leads for companies all over America to buy to follow up with and book clients. It worked. The companies that purchased the leads made money by selling the prospect on a limousine and driver and were making a tidy profit.

Before long Limos.com was selling thousands of leads per day ranging anywhere from $3 to $15 per lead. So you can only image how much profit the website was making. If he sold 1000 leads per day at $5 he was making $5000 per day. And because the website relied on organic free search engine traffic, and had relatively low maintenance costs, it was almost all profit. 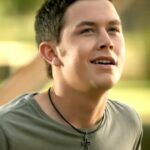 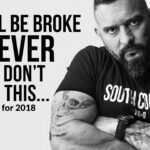