How much is Miranda Cosgrove worth?

Who Is Miranda Cosgrove

Miranda Cosgrove is a 27-year-old American actress and singer. She has appeared in several prominent movie and television roles, most notably the Nickelodeon sitcoms Drake & Josh and iCarly. She is a very talented performer, having found astounding success in acting, voice acting and singing/songwriting.

Miranda Cosgrove has a net worth of about $10 million dollars, as of 2021.

How Did Miranda Cosgrove Get So Rich?

Miranda Cosgrove was raised in a relatively normal, middle class home. Her father owned a dry cleaning business and her mother was a homemaker. This makes Cosgrove’s financial success that much more impressive, as it’s completely self-earned. She really began earning money once she was granted her own Nickelodeon series, iCarly. It was reported that the actress earned about $180,000 per episode of iCarly, making her the second highest paid child television star at the time. In 2012, the Guinness World Records listed her as the highest paid child actress of 2012.

Miranda Cosgrove began her acting career at a very early age. She was only three-years-old when a talent agent approached her and her mother to inquire about modeling opportunities. She appeared in several commercials, including ones for McDonald’s and Mello Yello. She then began auditioning for more serious roles, eventually landing her first major film role in 2003 as Summer Hathaway in School of Rock.

Cosgrove landed one of her most iconic roles a year later when she was cast as Megan in the Nickelodeon sitcom, Drake & Josh. She acted alongside Drake Bell and Josh Peck, portraying the devious and mischievous younger sister that constantly plagues the two stepbrothers. She held this role for the entirety of the show’s four season lifespan. Her performance as Megan earned her several guest star appearances on other Nickelodeon shows, including Unfabulous with Emma Roberts and Zoey 101 with Jamie Lynn Spears

Cosgrove’s hard work finally paid off in 2007 when she was awarded the starring role in her own Nickelodeon television series, iCarly. She was cast as Carly Shay, a teenage girl who starts her own viral web series alongside her two best friends, Freddie Benson (Nathan Kress) and Sam Puckett (Jennette McCurdy). The program’s launch coincided with the rise of Internet culture in the early 2000s and showcased actual viewers who submitted their own home videos to be featured. iCarly also hosted several early YouTube personalities, such as Fred Figglehorn. Cosgrove recorded and performed the show’s opening song, “Leave It All To Me” alongside her former Drake & Josh co-star, Drake Bell.

Miranda Cosgrove has also showcased her voice acting skills in various animated shows and movies. Her most prominent voice acting role was as Margo in the 2010 animated film Despicable Me, along with its many sequels. These voice acting roles have been the most recent serious ones that Cosgrove has been cast in. As of 2021, she’s the host of the CBS series, Mission Unstoppable.

Miranda Cosgrove was blessed with an abundance of natural vocal talent from a young age. She honed that talent through years of serious singing lessons. In fact, she was so talented that she reported having difficulty intentionally singing poorly while recording a scene alongside Jack Black in School of Rock.

Cosgrove was a self-starter, having to work her way up the ladder on her way to fame. She was able to hone her skills acting in several television commercials before auditioning for larger television and movie roles. At the time, Nickelodeon was a powerhouse network for children’s programming and her ability to land several successful roles in many of their shows paid a major contribution to her overall success as an actress. Once she landed the role as Megan on Drake & Josh , her career really began to blossom.

Miranda Cosgrove is an incredibly talented, multi-skilled actress and singer whose career was launched as a result of several successful roles in Nickelodeon television shows. She began performing at the age of three and dedicated her entire life thus far to honing her craft. She has appeared in several successful movies, such as School of Rock and the Despicable Me franchise. She’s most recognizable for her role as Carly Shay in iCarly, a staple program on Nickelodeon in the late 2000s and early 2010s.

Cosgrove is also a very talented singer/songwriter, having performed the opening theme song for her own show and releasing it as a single. Her success as an actress lead her to become 2012’s highest paid child actress as well. 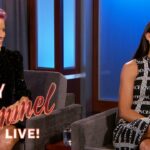 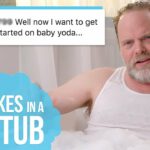