How much is Minka Kelly worth?

You’ve seen her sporting cowboy boots as the innocent Lyla Garrity on Friday Night Lights before being stalked by Leighton Meester in The Roommate.

Who Is Minka Kelly

From a broken childhood to a burgeoning film career and a romance with one of the most wanted men in sports, Minka Kelly is enjoying her moment in the sun. But this gorgeous sex symbol’s “moment” looks like it’s going to extend into much more if she keeps going at this pace. And to think, it all started on a Friday night.

American actress Minka Kelly has a net worth of $5 million dollars, as of 2021.

It’s All In The Family

Minka was born in Los Angeles, California to a showbiz family—her father is former Aerosmith guitarist Rick Dufay and her mother was an exotic dancer, Maureen Kelly. Minka’s entertainment roots didn’t stop there—her grandfather Richard Ney was an actor and her grandmother Greer Garson was an Academy Award-winning actress.

But the sultry girl next door didn’t have a storybook privileged childhood. Her father’s rock star status meant she could count Steven Tyler amongst her early babysitters, but it also meant he abandoned her and her mother when she was a child, leaving them to fend for themselves. As an adolescent, she and her Maureen settled in New Mexico where, despite her mother’s less-than-conventional profession, the two forged a tight bond that lasted until she passed away in 2008.

Not until she was 17 did Minka rekindle a relationship with her father, around the same time she also started a relationship with the sciences. Minka was in school to earn a degree as a surgical technician, but while she was suturing legs for class, she was indulging in acting classes on the side. School took a backseat when Minka started to earn small roles on shows like Drake & Josh, American Dreams and What I Like About You at 19. Although the roles didn’t offer much of a challenge for the brainy beauty, they did begin to circulate her name amongst casting directors.

In 2006, Minka landed the role that would make her a household name—she was cast as the innocent and alluring Lyla Garrity in Friday Night Lights. A cheerleader that was much more complex than the stereotype, Minka brought a freshness to the show and to the TV landscape. Minka’s outstanding performance in the series put her in even better favor with the show’s director, who thought of her when he was casting his film The Kingdom alongside Hollywood heavyweights like Jennifer Garner and Jamie Foxx. Although the flick wasn’t a box office hit, she further cast her Hollywood net.

But with her growing fan base came increasing media scrutiny. From 2005 to 2008 Minka was linked to a series of stars including Donald Faison, Chris Evans and John Mayer. But it seemed as though Minka met her match in 2008 when she started dating one of New York’s most eligible bachelors, Yankees shortstop Derek Jeter. The two have battled rumors of a secret engagement ever since.

With a hunky baller on her arm, Minka was ready to give the box office a second go when she starred in the 2011 flick The Roommate opposite Leighton Meester. Much like many of her fans (and any Esquire reader who has seen her lingerie photo shoot), Leighton plays someone who becomes more than a little obsessed with her new friend.

This brown-eyed beauty brags that she’s held several feet of colon in her hand and sutures like a pro. That’s great Minka, but we think that you’ve found your true calling in front of the camera. From football cheerleader to Esquire’s Sexiest Woman Alive, Megan Fox better hold on tight to her sex-symbol status, Minka is on the rise.

Defining Quote “I’ve held several feet of colon in my hand. I could definitely sew up your leg. And anyway, modeling wasn’t for me. I’m too short. I’ve got a big butt. It wasn’t going to happen.” 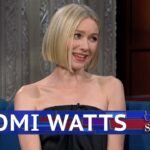 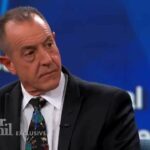