How much is Mindy Kaling worth?

Who Is Mindy Kaling

Mindy Kaling is an American actress, producer, and writer who first became famous for her role as Kelly Kapoor in the American version of The Office. She has become one of the biggest creators in TV production, as she is responsible for the development of The Mindy Project, Champions, Never Have I Ever, and more. Thanks to her squeaky and animated voice, Kaling has also scored major roles in animated movies including Despicable Me, Wreck-It Ralph, and Pixar’s Inside Out. And some of Kaling’s most popular live action movies include The 40 Year Old Virgin, Ocean’s 8, and This Is The End.

American actress, comedian, writer, and producer Mindy Kaling has a net worth of $25 million dollars, as of 2021. Kaling’s rise to fame came through starring as Kelly Kapoor in the NBC sitcom The Office.

How did Mindy Kaling earn her net worth?

Though it hasn’t been disclosed how much Kaling’s salary was for The Office, that’s clearly where the bulk of her wealth came from, as she starred in close to 200 episodes and wrote many of them. But for her The Office follow up, The Mindy Project, Kaling was paid $150,000 per episode for it’s final season, and she even continues to earn money from syndication deals, as she is the creator and executive producer of the show. And in 2019, she sold her movie Late Night to Amazon Studios for $13 million.

As Kaling has featured prominently in several movies, she has never actually been a lead actress, which comes as strange because many of her movies have made hundreds of millions of dollars. Though it might come as a surprise, the total box office intake of her movies comes to more than $2 billion. Ocean’s 8 made almost $300 million, Night At The Museum: Battle of the Smithsonian made over $410 million, and Inside Out made $850 million worldwide. Outside of TV and film, Kaling also owns 1% of the Welsh football team, Swansea City A.F.C., and she is the writer of two New York Times bestsellers, Is Everyone Hanging Out Without Me? (And Other Concerns) and Why Not Me?

In the mid-2000s, Kaling began scoring minor roles in TV and film, including Richard Lewis’ assistant in Curb Your Enthusiasm and in The 40 Year Old Virgin, which starred her The Office partner Steve Carrell and directed by celebrated comedy director Judd Apatow. After impressing the cast and crew of The 40 Year Old Virgin, the movie was the first of many collaborations Kaling would have with Seth Rogen, as she went on to work with him in the comedies This Is The End and The Night Before.

Later in 2005, after working in the writer’s room, Kaling was thrown into the office as the bubbly Kelly Kapoor. She quickly became a fan favorite as the character cares more about celebrities than her own coworkers and uses her Indian ethnicity to her advantage at any given opportunity. Audiences also loved her on-again, off-again relationship with Ryan, played by B.J. Novak, which was loosely based on their real life relationship as they both started in the writers room. Kaling starred in The Office for a huge 174 episodes. The success of The Office afforded Kaling a ton of other opportunities, including creating The Mindy Project, which she also wrote and starred in for 117 episodes.

Kaling has since become one of the most sought after writers in the television industry, as she has also gone on to create the short lived Champions, the TV adaptation of Four Weddings And A Funeral, and the Netflix original series, Never Have I Ever. The latter was a huge success, as Netflix reported that it has been watched in 40 million households in the US alone and was praised by critics for South Asian representation in Hollywood and breaking Asian stereotypes. The writer also created the critically acclaimed indie darling, Late Night and has been hired to helm the script for the second Legally Blonde sequel too.

Though she has a dominant presence on the small screen, she can also be seen in a ton of movies too, with her having a bigger role with each consecutive movie she’s in. Besides comedies, she has also starred in huge blockbuster movies, such as A Wrinkle In Time, and her biggest success at the box office was Night At The Museum: Battle of the Smithsonian. Most recently, she starred in Ocean’s 8, which was an all female semi-reboot of the Steven Soderbergh movie Ocean’s Eleven. Kaling has also found major success in animated movies, having starred in several hits, most notably in the Pixar movie, Inside Out.

Kaling’s role as Kelly Kapoor in The Office has helped her earn roles in not just comedies, but even in dramas, playing an imitation of the beloved celebrity gossip obsessed character. She played a stripped back version of the character in AppleTV+’s The Morning Show, and The Mindy Project could very well have been called The Kelly Project. Even in animated movies, Kaling’s role as Taffyta Muttonfudge in Wreck-It Ralph and Disgust in Inside Out are largely based on Kelly Kapoor. In fact, the creators of Inside Out were clearly influenced by more than just Kaling in The Office, as Phyllis Smith, who plays Phyllis Vance in the show, voices Sadness in the movie too. Kaling’s squeeky voice and the way she delivers lines with upward inflections has also helped her get a ton of animated work.

Though many people know her as the “annoying” character on so many TV shows and in movies, few people know that she began as a writer. In 2001, Kaling graduated from Dartmouth college with a Bachelor’s in playwriting, and after that she had worked on Late Night with Conan O’Brien and even wrote and starred in an off-broadway play called Matt and Ben, in which she played Ben Affleck. It’s her writing skills that have earned her so much creative freedom with her work on TV and why offers are thrown at her to write sequels and adapt novels.

Kaling’s exposure to the TV industry is owed to her workaholic-like productivity as she never seems to put her pen down. Her fame has come from her creation of the now iconic character Kelly Kapoor, which has earned her so many starring roles in huge blockbuster movies. It’s thanks to this that the celebrated writer has an estimated net worth of $25 million. In the coming months, Kaling will remain as busy as ever, as she will be producing the second season of Never Have I Ever, writing the third Legally Blonde movie, and starring in the heist movie, Lockdown, alongside her Ocean’s 8 costar, Anne Hathaway. 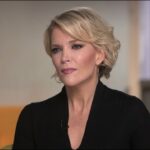 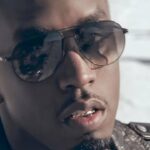