How much is Mike Jones worth?

Who Is Mike Jones

The “Lone Star State” is home to many famous artists such as Tommy Lee Jones, Matthew McConaughey, and Forest Whitaker. Texas has multiple large cities such as Dallas, Austin, and Houston. Mike Jones, an American rapper, actor, songwriter, and entrepreneur was born in Houston in 1981 and is one of the many celebrities to call the “Lone Star State” his home. Growing up, Jones aspired to be an NBA player with a music career on the side. Although his aspirations were warranted, due to his childhood he was forced to drop out too many times. With basketball out of the picture, he decided to drop out of High School.

He officially began his music career as a member of the group “Souf Folk” and released an album. In 2001, he created his own record label known as “Ice Age Entertainment” and began his solo musical career. Jones marketed his music at local clubs and bargained to have DJ’s play his music. Eventually, he gained the ear of A&R T. Farris which eventually landed him a spot with Swishahouse. In 2004, he released his first breakout single “Still Tippin”.

How Did Mike Jones Get So Rich?

With an accumulated net worth of $6 million dollars, it is obvious that Mike Jones is a talented individual. A majority of his wealth was generated from his music career which now spans over two decades; however, a portion of it is also directly related to acting and entrepreneurial ventures. After he gained popularity from his music, Jones was offered acting roles on TV shows and movies. His first role was minor and was for the TV series “Prison Break”. In 2007, he released his own movie about his life called “the American Dream”. Along with acting, he also focused on the development of multiple businesses to increase his revenue. He created his own record label “Ice Age” and his own line of Cognac called “House of Dobbe”. His dedication to his music allowed him to generate enough wealth to explore additional passions which resulted in increased wealth accumulation.

Fame is usually traced back to one specific event. Mike Jones can trace his fame back to the success of his breakout single “Still Tippin” in 2004. At the time, he was signed to Swishahouse record label; however, the success of the single opened the door to an opportunity with Jive Records and Warner Bros. Soon thereafter, he released his second single “Back Then” which eventually became his first platinum single. In 2005 he released his debut album titled “Who Is Mike Jones” which also went on to achieve platinum status. In 2006, Jones established a distribution agreement with Asylum Records and his own label Ice Age. He then released a new song titled “Mr. Jones”. Although it did well on its own, popular rapped Lil Wayne increased its popularity by freestyling on it. From 2007 to present, Jones continued to drop new music which consistently does well on the charts.

What Makes Jones So Successful?

Jones had a lot of forces acting against him at a young age. His dream to become an NBA star was stifled by the time he hit ninth grade. The discouragement of this lost dream left him spiraling, ultimately leading him to sell drugs and work in the fast food industry. After some time, he regained his vision and passion for music. He was determined to become a music star and he began to reach this dream by creating his own label. Jones can accredit his success to his ability to remain focused on his next big move. Instead of getting discouraged by his current circumstances, he focuses on his next single, album, movie, brand, or business. He is a forward thinker that understands the importance of hard work and diversity.

Having a big break in the music industry is almost unheard of. There are thousands of hopeful musicians that never quite reach their dreams. Mike Jones is not one of those dreamers. Although his dream of becoming an NBA star was snatched from him at a young age, he was determined to make his musical career a reality. Today, Jones is not only a successful, wealthy, and well known American rapper, but he is also an actor, songwriter, and entrepreneur. Although many celebrities come to mind when you think of Texas, perhaps you should think of Mike Jones – a multi-talented superstar. 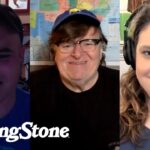