How much is Miguel Cotto worth?

When you’re talking about legendary fighters down through the years who have moved through the weights, tasted defeat but come back stronger and overall personify what a boxer is, for me Miguel Cotto has to be near the top of the list when talking about genuine warriors.

American-born Puerto Rican former professional boxer Miguel Cotto has a net worth of $25 million dollars, as of 2021.

In the early days he was a power puncher who blasted through his opponents with raw strength, wicked body shots and a maniacal come forward pressure style. He racked up many wins on the way to an undefeated career that saw him become the light welterweight and welterweight champion of the world.

He then suffered defeat for the first time through in my opinion no fault of his own to Antonio Margarito. I won’t elaborate further but I think real boxing fans know why he didn’t win that fight. The mark of the man however is how he came back after this to not only avenge the defeat but to put on a left hook display worthy of Joe Frazier, closing the Mexican’s eye and forcing the stoppage.

That for me is what really solidified Cotto’s merit as being a hall of fame fighter but what he has done in even more recent times is arguably more impressive. After tasting defeat in recent years to the likes of Austin Trout and Floyd Mayweather it looked like his career was really on the ropes and he was looking down and out. However in true Miguel Cotto style he did what he’s always done, he came back stronger.

Probably the best decision of his career thus far has been the appointment of hall of fame trainer Freddie Roach to his corner. Roach has totally rejuvenated him to the point of Miguel recently doing an absolute demolition job on Sergio Martinez to become the middleweight champion of the world. This epic triumph has made Miguel the only Puerto Rican to ever win world titles in four different weight classes.

I think the thing that really rings home with fight fans when it comes to Cotto is the way he is such a quiet man outside the ring yet inside the ropes he has one of the most electric styles you could ask for, a stoic warrior who lets his fists do his talking. He’s a guy who always comes to fight and regardless of who he’s up against, he always throws the kitchen sink and then some no matter what’s coming back his way. His body shots, left hooks, pin point jab and footwork make him a force to be reckoned with.

I think when it’s all said and done Cotto will go down as one of the very best Latin boxers that ever laced up gloves. It will be interesting to see what’s next for him in 2014 in terms of opponent. He now sits a top of the world with a version of the middleweight title but the division’s other champions loom large, most notably Gennady Golovkin and Peter Quillin.

Imagine a fight between GGG and Cotto, bloody hell (no pun intended). That could make for gruesome viewing for as long as it lasts. It’s a fight where the only winner would be us fight fans. I just wonder how long more we will see this legendary Puerto Rican continue to box for? Under Freddie Roach In recent times he really is like a new man and with not having to worry about making weight anymore at 160 lbs, maybe we’ll be lucky enough to see this great champion apply his trade for another while longer. 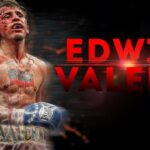 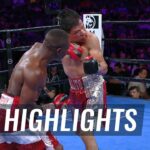