How much is Michael Vick worth?

Who Is Michael Vick

Michael Vick, also known as Mike Vick, is an American football player who is famous for his scrambling style at the quarterback position. Vick comes from the inner city of Newport News, Virginia. The area he grew up in was infamous for its violence and issues with high-level drug abuse.

Amazingly both of his parents gave him enough guidance that he stayed off the streets and on the football field. They were stern but fair and instilled in Michael the value of hard work and mental toughness. This mindset is the reason why he became such an incredible threat on the gridiron.

We calculate Michael Vick has a net worth of about $20 million dollars, as of 2021.

How Did Michael Vick Get So Rich?

Michael Vick became rich once he entered the NFL and signed to the Atlanta Falcons. He agreed to a $130 million dollar deal over ten years. This deal gained him the title of the highest-paid athlete in the NFL at the time.

The money he earned was agreed upon based on past performances, electrifying style of play, and his dominance on the football field.

On top of football money, his wealth was also increased by endorsement deals with several companies. These endorsements also helped him appeal to people who had never heard of him, creating instant fans out of the brand users caused his merchandise commission to skyrocket as well.

His talent made him an incredibly paid athlete; however, his ability to draw people to him kept him wealthy.

His story is one of ups and downs; however, his resilience made him the man he is today. He no longer plays pro football, but he does speaking engagements and has made some brilliant investments.

As mentioned before, Michael Vick became famous for his scrambler style at the quarterback position. Some people have even referred to him as “a running back that can throw the football.” His agility and speed gave him a competitive edge at the QB position, and let’s not forget to mention that he was a left-handed quarterback.

His left handiness made it hard for defenses to prepare for him. Why? Because they are used to preparing for right-handed quarterbacks. With the majority of quarterbacks being right-handed, they tend to all share the same habits when handling the ball. That’s is not to say mike didn’t have those same quarterback habits; however, by doing everything opposite, the defense would have to make adjustments on the fly.

Michael started gaining his fame locally because he was a natural-born football star. He would outshine all of the athletes on the field, whether he was victorious or not. Young Michael became a varsity quarterback in just his freshman year. He threw 15 passes; only two weren’t caught. His first game he threw for an astonishing 433 yards.

His popularity began to spread outside of the local area and began to leak out to Virginia Tech, which is 4 hours away from his home town of Newport News.

His freshman year at Virginia Tech, he had been redshirted like most freshman athletes. Yet despite not being able to play as often as he would have liked, he remained faithful and focused on his goal of becoming a great quarterback.

When it was time for Mike Vick to start playing, not only did he show up, he dominated. He was a player like no one had ever seen. He truly gained his national fame playing for Virginia Tech. This fame instantly made him an NFL prospect.

The fame he gained at Virginia Tech was nothing less than earned. He threw 21 touchdowns and ran for an astonishing 17 touchdowns. He even carried his team to a victory in the 2001 Gator Bowl; he was then announced the MVP (most valuable player) after a fantastic game played.

Though he became extremely famous on the football field, he also gained some negative attention throughout his NFL career as well. He operated a dogfighting operation out of his Bad Newz Kennels and, after indictment, he pleaded guilty to a federal felony dogfighting conspiracy charge. He was sentenced to 23 months in prison.

Though he had some hiccups, he became famous in a positive way after serving his time. He earned a chance to play with the Philadelphia Eagles. There initially was backlash until he showed the world that he was still able to compete with the best players in the league.

He proved himself on the field and even dedicated himself to prove himself off the field as well. He decided to team up with PETA and other animal organizations to not only to show his repentance, but he also became an animal advocate while he thought about what he had done.

What Makes Him Successful?

From a financial standpoint, he is successful because he has created generational wealth by using his talents on the field to reach a status that people from his hometown can only dream of accomplishing.

The thing that makes Michael Vick so successful is his ability to acknowledge his mistakes and adjust them on the fly. This is a talent that he has on and off the field.

It is also why he will always be successful. He isn’t perfect, but he has found a way to use his mistakes to his advantage. He helps others grow through his story and helps them achieve things within themselves that they did not know possible.

Michael Vick comes from an environment where struggling is the norm; however, it wasn’t normal to him because he wasn’t a normal human being. He was a star destined to shine in the darkness. His light was even brighter when he was on the football field.

He had experienced poverty, which is why he was so adamant about becoming wealthy, and maintaining his wealth. His life has always been filled with ups and downs, and just like the dynamic player he was when he got knocked down, he found a way to get back up.

Michael is a true American legend. His story will be told by generations to come. His accomplishments made him great; however, his ability to bounce back after his mistakes made him greater 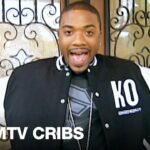 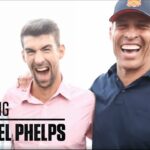