How much is Michael Strahan worth?

Who Is Michael Strahan

Michael Strahan is a media star who used to play football professionally. For 14 seasons he played for the New York Giants as a defensive end. In 2001 he set the record for the highest number of sacks in a season. He was part of the team that won the Super Bowl in 2007. This was Michael’s last season as a player and since then he has established himself as a TV host and media star.

Michael was born in Houston, Texas in 1971. He comes from a sporting family. His mother was a basketball coach and his father was a boxer. He spent much of his childhood in Germany, as his father was a major in the US Army and was stationed there in the 1970s. He was influenced in his choice of football as a career by his uncle, Arthur Strahan, who was defensive lineman for both the Houston Oilers and the Atlanta Falcons.

We calculate Michael Strahan has a net worth of $70 million dollars, as of 2021.

How did Michael Strahan get so rich?

Currently, Michael Strahan earns approximately $17 million each year. This comes from his hosting roles and from endorsements.

The most recent estimates put his net worth at $70 million. This includes real estate and investments. Michael’s funds were severely depleted when he was ordered to pay his second wife $15 million when they divorced in 2007.

Some of his earnings come from his entrepreneurial activities. He launched SMAC Entertainment which is a company that’s involved with media, marketing, music, and talent management. He has a clothing collection which is only available at JC Penney, and has added accessories such as belts and ties to the basic line.

Michael also has a presence on social media. His YouTube show Close Talker with Michael Strahan is popular and serves to extend his appeal beyond just the TV viewing public.

It must be added that Michael Strahan is also a generous benefactor to a variety of charitable causes. He is particularly interested in the welfare of children.

Michael Strahan became famous initially as a professional football player. Although he did not play football seriously until his final high school year, he proved to be good enough to win a scholarship to Texas Southern University. Soon, he was making his name as a defensive end, and through committed effort, turned himself into an NFL hopeful. Even before heading off to college, he was gaining awards and breaking records.

In 1993 Michael was drafted by the New York Giants, but endured a difficult start to his professional career due to injuries. Over the next three seasons, Michael slowly recovered and improved his game, with 1997 being his breakout season. From then on, his career was stellar, with records tumbling and awards and trophies being won aplenty. His last Super Bowl final saw the Giants unexpectedly beat the New England Patriots. The victory owed much to Strahan’s defensive play. With this Super Bowl win safely under his belt, Michael Strahan retired from professional football.

Michael’s record as a top-ranking player earned him a place in the Pro Football Hall of Fame. He was inducted in 2014 at the Super Bowl XLVIII in New Jersey.

In 2008 Michael launched his TV career by signing a deal with Fox to become one of the hosts of Fox NFL Sunday. In 2018, Fox added _Fox NFL Thursday _to its programming with Strahan again one of its hosts.

2010 saw Michael Strahan step in as a guest host on Live! With Regis and Kelly and he became a permanent host a year later and the show was renamed Live! With Kelly and Michael. Gratifyingly for ABC the ratings soared and Strahan twice won Emmys as “Outstanding Talk Show Host.” In 2016 he moved to be a host on Good Morning America and Strahan, Sara and Keke.

2016 also saw Michael Strahan host a revived The $1,000 Pyramid. This aired on Sunday nights along with two other game shows as part of “Sunday Fun & Games” package. As of 2021 the show is still on air.

Michael Strahan’s appearances as host of these high-profile TV shows meant he appeared in many American homes for twelve years. This has made him a household name.

In addition to these shows, Strahan has appeared in advertisements, has guest-starred as himself in several sitcoms, and has written a lifestyle book and a memoir.

As with so many successful sports stars, Michael Strahan achieved his success through hard work and commitment. He was a promising young athlete, and had both support, and the example of success, from his sporting family.

The start of his professional career was blighted by injury, and it took him several seasons to get back to full fitness and achieve his playing potential. Once he was restored in body and regained his confidence and drive, he achieved greatness as a player. This showed grit and determination.

Michael Strahan does not believe in looking back, or letting the past dictate his future. He always looks forward to the future, to the next challenge. Any past setbacks or mistakes just serve to drive him on. He admits to not being perfect, as no-one is perfect. He also admits to making mistakes, but he will never let a mistake dent his self-belief.

Michael is talented, both as a sportsman and as a TV host. He is not one to rest, and is always looking for new opportunities and new challenges. Everything he does, he puts in 100% effort and this is the approach he recommends to others. If something is worth doing, give it your best effort and do it well.

Michael Strahan was born in 1971 in Houston. He only played one year of varsity football but performed well enough to earn an offer from Texas Southern University in Houston. As a senior, he set a school record with 19 sacks and 32 tackles totalling 142 yards lost.

He declared for the 1993 NFL Draft and was taken in the second round as the 40th overall pick by the New York Giants — with whom he’d play for the next 15 seasons. Strahan failed to impress until 1997 when he racked up 14 sacks and was selected to his first Pro Bowl. He’d follow that up with another Pro Bowl season in 1998 coming with 15 sacks.

He helped lead the Giants’ defense in the 2000-2001 season when they appeared in Super Bowl XXXV (35) but lost to the Baltimore Ravens. The 2001 campaign saw Strahan set an NFL record with 22 sacks and he was named NFL Defensive Player of the Year.

Because of a torn pectoral muscle, Strahan was limited to just four sacks in 2004 but returned to the Pro Bowl in 2005. In October 2006, he tied the Giants’ franchise record for career sacks with 132.5 but would miss the rest of the season and playoffs after suffering a Lisfranc injury a couple weeks later.

Strahan returned for the 2007 season and set a new franchise record for career sacks with 141. That year, he’d also help lead the Giants to Super Bowl XLII (42) where they upset the undefeated New England Patriots — giving Strahan his first Super Bowl ring in his final season.

After his retirement, Strahan joined Fox NFL Sunday as an analyst and in 2012 was announced as Kelly Ripa‘s new co-host on the the syndicated daytime show Live! with Kelly & Michael.

Strahan was a seven-time Pro Bowler and four-time First Team All-Pro selection. He holds the NFL record for sacks in a single season and the New York Giants’ franchise record for career sacks.

He finished with 854 tackles, 141 sacks and 4 interceptions.

Michael Strahan is a success because he is prepared to work hard to make the most of his talent. He overcame injuries during his football career through determination and commitment, and achieved high honors. Similarly in his media career, he has always aimed to be the best. Again hard work and single-mindedness brought him the success he desired.

Michael deserves our respect and admiration for the way he has guided his career. Enthusiasm and optimism along with hard work are great qualities and we should all develop them in our careers. 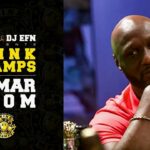 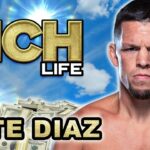