How much is Michael Phelps worth?

Who Is Michael Phelps

Michael Fred Phelps II is a competitive swimmer from the United States of America. He was born and raised in Baltimore, Maryland, which is where he began training. At the age of only 15 years old, Phelps joined the American swim team to compete at the 2000 Summer Olympics in Sydney Australia. This was only the start of his successful career as a professional athlete.

We calculate Michael Phelps has a net worth topping $80 million dollars, as of 2021.

How Did Michael Phelps Get So Rich?

Phelps already made a name for himself at his first Olympic appearance at 15-years-old, and while he won gold medals at major international competitions during the years that followed, he only began receiving endorsements when he walked away from the 2004 Olympics with six gold medals and two bronze.

The United States is one of the few countries that gives prize money to Olympic medal winners as an incentive. in 2004, the prize money for gold, silver, and bronze medals was $25,000, $15,000, and $10,000 respectively. This means that Michael Phelps received $170,000 from the US Olympic Committee in 2004 alone. But that was just the beginning.

After his impressive performance in Athens, Phelps received numerous endorsement deals from Visa Inc., Subway, Louis Vuitton, Under Armor Inc., Omega, Kellogg Company, Sol Republic Headphones, and many more over the years. He even did an advertisement for Speedo and received a $1 million bonus after his success at the 2008 Beijing Olympics, which he used to set up a foundation that promoted swimming and healthy lifestyles.

After Beijing, it was reported that Phelps was making an average of $7 million a year, which grew to an annual income of $12 million in 2012. This was all done through endorsements and sponsorship deals. However, Phelps is an incredibly generous man and has made very large donations to various charities over the years. His current net worth was estimated to be around $80 million.

Michael Phelps is a name that many people know, whether they are sports fans or not. While he was not widely recognized for his qualification to the finals during his first Olympic appearance in 2000, he did rise to fame with every year that passed since. He made a name for himself the following year when he won his first gold medal at an international competition. During the 200m butterfly event at the 2001 World Aquatic Championships in Japan, Phelps set a new world record and became the youngest athlete to do so at only the age of 15 years and 10 months old. His gold medal collection only continued to grow with the years that followed.

Phelps is most famous for being the most decorated Olympian of all time, winning a total of 28 medals, 23 of which are gold. While he first rose to prominence for being the youngest male swimmer to set a world record, he joined the history books when he won his first Olympic gold medal at the 2004 Summer Olympics in Athens. Not only did he win a gold medal in his first event which was the 400m medley, but he also set a world record in it. He then went on to win another five gold medals and two bronze medals, all the while setting four new world records which he would eventually break over and over again in the years to come.

Aside from winning the most Olympic medals in history, Phelps has also been recognized as having set the most world records of all time. He has set 39 world records, often beating the one he set the year before. One of his most successful years was in 2008 at the Summer Olympics in Beijing when he competed in eight different events and won a gold medal in all eight events. He also set a new world record at seven of the eight events. One of the titles he holds is also for being the oldest athlete to win a gold medal, having competed in the 2016 Rio Olympics at the age of 28 years old.

One thing that sets Phelps apart from most athletes is that he seemed to have improved with time. Most athletes make it big at the Olympics but then return four years later not performing as well as they once did. This is the opposite Phelps, seeing as he continues to break the world records he sets. His incredible skills and improving performance has made him an invaluable member of the US Olympic team. To have Michael Phelps on the team is almost like guaranteeing the US will walk away with one or more gold medals.

As the most decorated Olympian in history, much scrutiny was placed on Phelps with many rumors speculating that he was using performance-enhancing drugs. However, all rumors were debunked as he always passes the mandatory and random drug tests before and during each competition. His medal-winning success comes from the pure talent he possesses and the hard work he puts into his training.

Michael Phelps has been an inspiration to so many people, not only swimmers but athletes from every sport. His determination, skill, and persistence are what every athlete aspires to obtain. His success in the Olympics makes him one of the biggest role models for athletes from every corner of the world. Phelps has competed at every Summer Olympics since 2000, where most athletes only dream of participating in one.

Phelps’ coach, Bob Bowman, has stated on numerous occasions that Phelps is an incredibly focused athlete who only thinks about the race before each competition. He may be a talented swimmer, but he practices just as hard as every other athlete whose goal is to make it to the top of the Olympic podium.

Michael Phelps is a world-renowned Olympic athlete who has broken world record after world record in the pool. He has accumulated the largest collection of Olympic medals ever in history. To state it boldly, this one man has won more Olympic medals than some entire countries have. 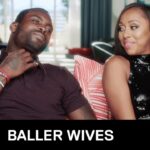 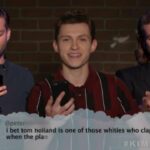