How much was Michael Graves worth?

Who is Michael Graves

Michael Graves was a noted American architect and designer of consumer products. As well as principal of Michael Graves and Associates and Michael Graves Design Group, he was of a member of The New York Five and the Memphis Group – and professor of architecture at Princeton University for nearly forty years. Graves is credited for architectural work such as the Ministry of Culture at the Hague, and an expansion of the Denver library.

At the time of his death in 2015, Michael Graves had a net worth of about $10 million dollars.

After graduation from college, Graves spent a year working in George Nelson’s office. Nelson was a furniture designer and the creative director for Herman Miller. This stint exposed Graves to the work Charles and Ray Eames and Alexander Girard. In 1960 Graves won the American Academy in Rome’s Prix de Rome which enabled him to spend two years at the Academy in Italy. During this time,  Graves said he was “transformed” by his experience in Rome: “I discovered new ways of seeing and analyzing both architecture and landscape.

Graves was responsible for many notable buildings such as the Ministry of Culture at The Hagues, Michael C Carlos Museum in Atlanta, the Denver Public Library expansion and the Steigenberger hotel in Egypt, to name a few. He was also a designer of consumer goods, like the 1985 ground breaking Alessi kettle.

His company, Graves Advisory Group, LLC, also served the likes of IBM, UBS, and American Airlines. Creating and maintaining a valuable brand was one of Michael’s main skills. He was also a self-proclaimed workaholic who was constantly on his phone.

How did Michael Graves get rich?

Before his death, Gaves was worth more than $10 million, having made most of his money from the various commissioning of landmark public, commercial and private buildings where he was lead architect. 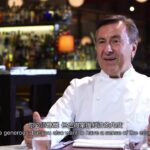 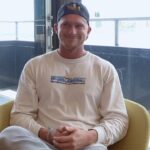