How much is Michael Ealy worth?

“At the end of the day, the last thing I want to do is – well, anything. I just want to sleep. I crash out hard every day at ‘Common Law.’ I definitely lost a couple years of my life just on the fatigue factor on the first season.” Michael Ealy

Michael Ealy, whose real name is Michael Brown, is an American film actor and director. His acting career began in the late 1990s with roles in various films and television series. In the early years of the new century, he has achieved international popularity with his roles in box-office hits such as Barbershop and Fast and Furious.

In addition to his acting roles in films, television series, reality shows, and music videos, for the past decade or so, Ealy became an executive producer of many projects.

American actor Michael Ealy has an estimated net worth of $3 million dollars, as of 2023. Ealy started his acting career appearing in several off-Broadway stage productions in the late 1990s.

Michael became famous when he joined the cast of Barbershop, as well as several other productions. He was born on August 3, 1973, in Washington, D.C but was raised in Silver Springs, Maryland. His father worked in the grocery business while his mother was an employee for IBM. Michael attended the Springbrook High School, from which he graduated in 1992. He then enrolled at the University of Maryland, which is based in College Park, Maryland.

While attending the university, from which he later obtained a Bachelor’s degree in English, he decided to try acting. He took part in several acting classes in Maryland and in the early 1990s began auditioning for various roles. Prior to his film and television debut, Michael Ealy appeared in a number of off-Broadway stage productions. In the year 2000, he finally landed three roles in television series. His television debut came in an unsold pilot of Metropolis. That year, he also starred in Law and Order and Madigan Men.

One year after his television debut, in 2001, the actor joined the cast of Kissing Jessica Stein. Although the romantic comedy amassed a little over $10 million at the box office, it did help Ealy receive a solid amount of money.

The following year, he starred in the films Bad Company and Barbershop. The latter became one of the highest-grossing films of the year. From his appearance on the comedy-drama film, Ealy earned an estimated $25,000 to $45,000; not to mention could now live and work as a bona fide actor.

Throughout the early 2000s, he continued to earn money from his roles on television. Concurrently with starring in 2 Fast 2 Furious, November, and Barbershop 2, he also got the main role in the Showtime drama series Sleeper Call. By the end of the decade, his net worth was already exceeding an estimated $500,000.

Besides wealth, his acting roles also helped him earn numerous awards and nominations. In fact, his performance in Sleeper Call earned him by far his most prestigious award nomination – Golden Globe in the category “Best Performance by Actor in “Motion Picture for Television or Miniseries”.

For the past decade, the actor has taken part mostly in television series such as Almost Human, The Following, Secret and Lies, and Being Mary Jane, in all of which he had main roles. Most recently, he became a regular cast member of the ABC crime drama series Stumptown and the HBO Western science fiction Westworld. In addition to acting, in the past five years, he transitioned into a directing role. His directing debut came in the 2015 romantic thriller The Perfect Guy, in which he also had a main role. In 2019, he also directed The Intruder and Jacob’s Ladder.

Michael Ealy has appeared in a number of films that have been profitable for him, some of his notable performances have been in The Perfect Guy, The Intruder, Fatale, and About Last Night. While these movies and many more that Ealy has appeared in are not necessarily home runs or very financially lucrative, some have earned around $50 million at the box office many more less. It is estimated that the small budget productions that Ealy has been a part of have paid him about $250,000 per starring role, while some of the biggest productions will have paid him as much as $800 thousand.

Many of the very small roles and also his appearances as himself, will have paid very little indeed. However they have been useful during his career and helped him make a name for himself leading to greater earnings afterwards.

In total including films like Barbershop, Takers, Think Like a Man, and 2 Fast 2 Furious, it is estimated that Michael Ealy has earned $6 million during his career. He has been active since the year 2000, a period of 22 years, in 2022. On average his earnings have been $273,000 per year, and although some years will have been taxed higher than others. It is expected that Ealy will have paid some 40% in tax. That is including after having optimized and saved on some tax using the normal legal methods that actor’s firms will do.

In total, therefore, Ealy has earned after-tax earnings of $3.6 million, having paid $2.4 million dollars in tax. It is expected that Ealy has been straightforward and savvy about his financials and has never been divorced, had any legal problems or had a history of alcohol abuse. He married Khatira Rafiqzada in 2012 and they remain together and have one child together, Elijah Brown. While it expected that there have been some miscellaneous costs, living costs and perhaps some losses, there is also expected to have been some investment gains. In total, it seems fair to say that Michael Ealy has a net worth of about $3 million dollars.

The success of Michael Ealy comes from his truly outstanding acting abilities. In the 2010s, he took part in Takers, For Colored Girls, Think Like A Man, Unconditional, and About Last Night. Besides these, he got recurring roles in the television series Flash Forward and The Good Wife. He even appeared in several music videos that helped him gain some further popularity. The first music video that he was cast in was Get Your Number by Mariah Carey. He also starred in Beyonce’s video for Halo and John Legend’s video for Tonight.

Michael Ealy is an actor and director that rose to prominence in several film franchises such as Barbershop and Need for Speed. Currently, he has an estimated net worth of $3 million that has grown vastly since his roles in television series such as Almost Human, Secret and Lies, Being Mary Jane, and Stumptown. In addition to TV series, he has also starred in numerous documentaries and television specials. 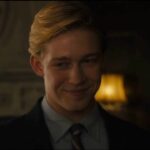 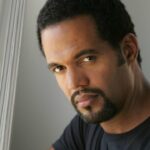