How much was Michael Crichton worth?

John Michael Crichton born October 23, 1942 was an American author and filmmaker with an estimated net worth of $175 million. Michael Crichton was born in Chicago but was raised in Long Island and had two sisters and one younger brother. Crichton was married five times and divorced four times. He had one daughter.

This American author and filmmaker has books sales well over 200 million copies worldwide, many of which have been adapted into films. Michael Crichton had an estimated net worth of $175 million dollars at the time of his death, in 2008.

Many of Crichton’s books, including Jurassic Park, were adapted into movies. Crichton also wrote or co-wrote several screenplays, including Twister.

Crichton published 25 novels and four nonfiction books, and was best known for The Andromeda Strain and Jurassic Park. His books were often cautionary tales about complex systems breaking down. The last novel he published before his death was Next.

Crichton generated a lot of controversy with his views on science and technology. In particular, his skepticism about global warming was highly criticized by the scientific community. 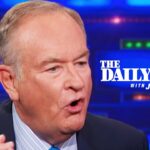 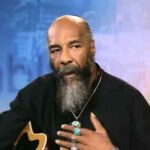