How much is Method Man worth?

In the 1990s Wu-Tang Clan ruled hip hop. One of the group’s best rappers is the Grammy Award winning Method Man, born Clifford Smith Jr, who not only had a lot of the group’s most impressive verses, but was one of the few to have a solid solo career too. As well as being a rapper, Method is a record producer and a has become a respected and professional actor who has a lit of acting credits as long as his discography. He has the best professional relationship with Wu Tang Clan’s 11th member, Redman, the two have put out several successful records together.

After the early 90s and Wu-Tang had become the reigning kings of rap, Method Man was one of the members who was given the most attention, especially as he was one of just two of the members to have their own track with no features on Wu-Tang’s debut album, Enter the Wu-Tang (36 Chambers).

American rapper, songwriter, record producer and actor Method Man has an estimated net worth of $13 million dollars, as of 2022. He is perhaps best known for being a member of the East Coast hip hop collective, Wu-Tang Clan.

Method was the first of the group to release a solo album which was titled, Tical, and the moment it dropped it was universally critically acclaimed, even overseas, and became a commercial success, eventually selling well over one million copies. The record featured the smash hit, “All I Need”, which featured Mary J. Blige, and is what earned the rapper a Grammy win.

But it wasn’t just fellow Wu-Tang members that Method was rubbing shoulders with. In the height of his success, Method had created a great relationship with The Notorious B.I.G., and he was honored by being the very only rapper to have a guest spot on Biggie’s album, Ready to Die. However, Method doesn’t choose sides as he also featured on 2Pac’s most famous record, All Eyez on Me, with Redman.

Year after year, each Wu-Tang member had a solo album coming out, and Method Man featured on it. This culminated in 1997, with the release of Wu-Tang’s overdue and massively in-demand follow up to 36 Chambers’, the Grammy-nominated, multi-platinum double album, Wu-Tang Forever.

And there was no rest for the wicked as Method’s sophomore effort, Tical 2000: Judgement Day, followed just one year later. Not only did it feature his Wu-Tang pals, but there were other features that would turn nobodies in to superstars. If you were on this album, you were going to get signed. D’Angelo, Chris Rock, Mobb Deep were just a few of the out-of-box guest spots. The record went on to be certified double platinum.

It isn’t just rapping that has made Method famous. If you have no interest in rap, he has a successful acting career where he has appeared in a variety of blockbuster and independent movies. Method has starred in Garden State, Red Tails, Keanu, and The Cobbler. On TV, he has a great partnership with HBO, as he has worked on Oz, The Wire, and The Deuce. However, he is most know for his lead role alongside Redman in the stoner comedy, How High.

The movie came out in 2001, and Method released the How High soundtrack in conjunction with the film. The movie flopped at the box office, only making a third of its budget back, however, the soundtrack did insanely well and has sold over 1.6 million copies. During the golden age of Wu-Tang, anything any member released would go on to sell at least 1.5 million copies and that was no different with Method Man. His first two solo albums and his first two collaboration albums with Redman sold hundreds of thousands more than 1.5 million.

One controversial sale that has gone down in the history books made Method a boat load of money. The unheard Wu-Tang album, Once Upon a Time in Shaolin, in which there is only one copy that exists in the world, was auctioned off and the winning bidder. The highly controversial drug company manager, Martin Shkreli, bought the album for $2 million, making it the most expensive album in the world. It turns out he is a rap artist fan.

As Shkreli is now convicted of fraud, the federal court seized his assets including the $2 million album, meaning that the record may never be heard. Or more likely sold at auction.

In 2019, it was announced that Method and Redman were developing their own cannabis brand. Though there are constant updates on their progress, even up to June of this year, it is too early in the business to tell how profitable it will be.

Method was the first member of the group to capitalize on Wu-Tang’s success and use all members on his record, as it features RZA, Raekwon, Inspectah Deck, and more. Method Man’s debut album, Tical, was the first solo album of the group’s to be released after the their debut album, Enter the Wu-Tang (36 Chambers). The rapper also smartly allowed RZA, who had produced 36 Chambers,’ to produce the solo album.

Method Man has his own brand. Together with Redman, they created the stoner-rap the two had become known for. Though the movie flopped, How High has become somewhat of a cult hit and has made a profit through VHS and DVD sales, and syndication sales, thanks to Method Man’s personality. How High 2 was long in the works, and it was finally released in 2019 starring Lil Yachty and D.C. Young Fly.

Method Man unfortunately does not reprise his role or even make a cameo, and he reportedly did not even get contacted about the making of the movie. The movie did terrible among critics and audiences primarily due to the lack of Method Man and Redman, which is ironic considering how the original movie was so unsuccessful.

From a career that started way back in 1992, Method Man has earned through rapping, songwriting, record producing and acting. In total, his career earnings are estimated to have been around $26 million dollars to date.

Living and working out of New York has saved Method Man quite some on his taxes compared to his contemporaries on the West coast. He has probably paid something close to 41% tax on his overall earnings, after his tax deductibles. After tax, it is estimated that his career earnings are at around $15.34 million, having paid $10.66 million dollars in taxes.

It seems that Method Man may have simply decided or forgotten to pay his taxes, it does not necessarily mean that he was too broke to pay. It is likely speculated that he has spent quite some more money than most individuals who have had similar earnings however, owing to his hip hop lifestyle. Overall, it is estimated that he has a net worth of around $13 million dollars.

Method Man has an estimated net worth of $13 million, and the rapper is about to see that grow exponentially. Later this year he will star in Once Upon a Time in Staten Island, an upcoming drama film starring alongside Naomi Watts, Frank Grillo, and Bobby Cannavale. He will also star in an as yet untitled Power spin-off on television produced by 50 Cent. And though Method releases albums inconsistently, he has been productive lately, and his last album Set in Stone was released just a year and a half ago, so we may see more music from him soon. 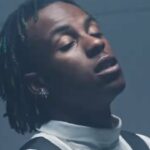 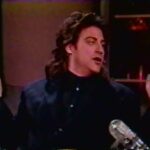