How much is Meryl Streep worth?

The actress, who holds the record for the most Academy Award nominations, is the leading lady in films like Sophie’s Choice, Out of Africa, The Devil Wears Prada and Doubt.

Who Is Meryl Streep

She’s done dramas, comedies, action, thrillers, suspense films and mysteries. There isn’t much Meryl hasn’t done and there isn’t much she’s produced that the Academy hasn’t salivated over. No stranger to the Oscar podium, and the loser cam, Meryl is a picture of class and grace any way the dice lands.

American actress Meryl Streep has a net worth of $150 million dollars, as of 2021.

Born Mary Louise Streep to a pharmaceutical exec dad and an artist mother, the signs of Meryl’s early interest in acting were not subtle. She would often draw wrinkles on her face and wear “old lady” sweaters and pretend to be her grandmother. Although this may not have been the most flattering portrayal of grandma Streep, it was evident that Meryl had her eye on the stage. She began trying out for her school’s theater productions and went from glasses-wearing awkward teen to one of the most popular girls at school with a newfound confidence she acquired from the stage.

Meryl went on to attend the all-girls Vassar College where she studied drama and English, then transferred to Dartmouth to pursue playwriting and costume design. After graduation, she spent a few months waitressing, but headed to Yale’s School of Drama to continue building her acting repertoire by appearing in more than 30 plays and musicals while at the prestigious school. In 1975 she graduated from Yale and moved to the big city where she was invited to join Joseph Pappe’s New York Shakespeare Festival and star in countless Shakespeare in the Park productions.

The rising star kept to her theater roots and went on to land starring roles on Broadway in The Happy End and Alice in the Palace. Meryl transitioned to the silver screen in her first feature film, Julia, in 1977. But it was Meryl’s next acting venture that really got her name circulating in the industry. The project was Holocaust, a TV miniseries that earned her an Emmy. Meryl went on to star in The Deer Hunter, landing her the first, of many, Academy Award nominations, Woody Allen’s Manhattan and Kramer vs Kramer alongside Dustin Hoffman. The quirky actress took home Best Actress gold for the latter at the 1979 Oscars, then promptly forgot her golden man on top of a toilet at the ceremony venue.

Soon after, she met Don Gummer a sculptor whose apartment she was renting. The pair started dating before they married in 1978 and welcomed son, Henry, to the family the following year. In 1983 Meryl would give birth to her first daughter, Mary Willa, a second, Grace, in 1986 and third, Louise, in 1991.

But during her whirlwind romance and adding new members to the family, Meryl still found time to hit the set and produce another handful of show-stopping, award-winning beauties: The French Lieutenant’s Woman (1981), Sophie’s Choice (1982), Out of Africa (1985) and Death Becomes Her (1992).

In 2002, Meryl got raw in the Spike Jonze flick, Adaptation alongside Nicolas Cage. The film would land Meryl her 12th Oscar nomination, as would her following flick, The Hours. After another trifecta of critically acclaimed flicks (girl really knows how to pick ‘em) Meryl went on to star in The Devil Wears Prada in which she portrays a fashion editor who coins the “holier than thou” phrase, “That’s all.” Showing no signs of slowing down, Meryl got back to her singing roots in Mamma Mia! (2008) and got cooking in Julie & Julia (2009) in another Oscar-nominated role as beloved television chef Julia Child. It brought her nomination count to a whopping 16.

She’s been nominated for more Academy Awards (and ironically lost more) than any other actor or actress and her resume of hit after hit is nearly flawless. Meryl’s deep appreciation for the craft of acting and her thoughtful input in the roles she brings to life is unrivaled. She has been lauded as the best living actress in the industry and we couldn’t agree more. Hats off to you, Meryl. 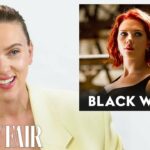 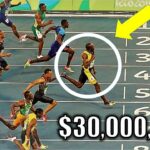