How much was Merle Haggard worth?

Who Is Merle Haggard

Merle Haggard’s legacy as a songwriter and performer puts him on equal footing with such country legends as Johnny Cash and Jimmie Rodgers (both major influences).

Haggard’s ’60s recordings epitomized the Bakersfield Sound, and his strong output in the 21st century earned critical acclaim even while ignoring the conventions of New Country.

American country singer, songwriter, guitarist, and fiddler Merle Haggard had a net worth of $45 million dollars at the time of his death, in 2016. Haggard was known for childhood troubles, especially after his father died, he was incarcerated several times in his youth and all his pain and heartache went into the music that he produced.

Merle Haggard was born in Bakersfield, California, on April 6, 1937. The city’s rural landscape and Merle’s simple upbringing would feature heavily in his songs.

Raised by his devout mother Flossie, Merle was a rebellious youth who often landed in trouble with the authorities. His father, Jim, was an amateur musician who had died when Merle was just nine years old. It was a terrible blow, branding Merle for life and pushing him on his wayward path.

After being in and out of reform schools as a teenager, Haggard attempted to rob a restaurant in 1957. He landed in San Quentin for the lesser charge of burglary.

From Prison Cell to Recording Studio

Inspired by watching Johnny Cash’s performance at the prison, Merle decided to try to make it as a musician. Up to that time he’d only played for friends and at local clubs where he was often paid in beer.

After being paroled from prison in 1950, Haggard pursued his music with renewed vigor, landing a job in Las Vegas as a guitarist. Over a decade later, in 1962, Haggard inked his first record contract.

After a spate of successful singles, he moved from Tally Records to Capitol Records and in 1965 released his debut long-player, Strangers.

In 1966, the hit singles “The Bottle Let Me Down,” “I’m a Lonesome Fugitive,” and “Swinging Doors” (all written by Haggard) propelled the singer to country music fame. The songs’ jittery fretwork, courtesy of longtime guitarist Roy Nichols, marked the songs out as something different from the usual Nashville product.

While the Vietnam War raged, Haggard landed in controversy with the hawkish tune “Okie from Muskogee” (which he later disassociated himself from) followed up with the bold patriotic song “Fighting Side of Me.”

Haggard continued to score hits for much of the ’60s and ’70s, but by the ’90s he was considered old-fashioned when compared to slicker, younger artists like Garth Brooks and Clint Black.

Merle Haggard never really went away in the late ’80s and ’90s, but he came back with a fury with a series of gritty albums in the 2000s. After leaving Curb Records and signing with the punk-oriented Anti Records, Haggard released If I Could Only Fly, which critics called some of his best work in years.

The albums that followed — Roots, Vol. 1 and The Bluegrass Sessions, among others — won him some of his best notices in years, although they earned little airplay or recognition from the Nashville establishment.

Merle Haggard was a big part of the Bakersfield sound of the 1960s. His life became the basis for many of his classic country songs, such as “Mama Tried,””Workin’ Man Blues,” and “The Bottle Let Me Down.” He’s probably best known for his “Okie From Muskogee,” even though he was born in Bakersfield, CA. He’s also one of the most frequently listed “influences” on country artists today.

There’s little doubt that Merle Haggard is an enduring country music legend. In 1968, when “Mama Tried” first hit the shelves, he was riding high as the CMA Male Vocalist and Entertainer of the Year, coming fresh from the 1967 Album of the Year, “Lonesome Fugitive.” A terrific slice of early Merle.

Merle Haggard is a one-of-a-kind, a country music legend, and probably one of the most talented and impressive singers to ever hit the country scene. Any of his classic albums is going to be worth a spin, and this one more than most.

Released in 1966, this was Merle’s third album, which contained the the two huge hits, “The Bottle Let Me Down,” and the title cut. Ten of the twelve tracks were written by Merle, including “If I Could Have Been Him,” and “Someone Else You’ve Known.” He also includes a cover of the Tommy Collins “High on a Hilltop.”

‘Hag’ was released in 1971 after Merle had put out, “Tribute to The Best Damn Fiddle Player in the World.” The album contains no less than four hits, including a cover of Ernest Tubb’s “Soldier’s Last Letter,” Dave Kirby’s “Sidewalks of Chicago,” and Haggard’s own “Jesus, Take a Hold,” with the fourth being “I Can’t Be Myself.”

This live album was released in 1970, and was created to cash in on the success of the title cut. It was recorded in front of a sell-out crowd in Philadelphia, PA, and is fairly typical of a Merle concert in the early 1970s. Along with his hits, Merle shows his talent for imitation in a medley of songs from Buck Owens, Johnny Cash, Marty Robbins and others.

Lefty. Hank Sr. Merle. Really, what more can one say? When Merle Haggard takes it into his head to show people what it means to get back to their roots, he pulls out the stops. In an age when production is the driving force behind an audio recording, Merle strips bare such trappings and sits down in his living room with some great pickers including Lefty’s own lead guitarist, Norman Stephens, as well as Merle’s Strangers, and the one and only thing that a musician should really need: Talent.

This album is full of Merle Haggard ballads. From the Lefty Frizzell cover of the title track to “What Am I Gonna Do (With the Rest of My Life,” this is one to listen to when you want to wind down from a busy day.

“Haggard Like Never Before” was the first release from the “Hag Records,” as Merle joins the many artists so fed up with major labels they’re all starting their own. If you like country music, that simple, plain-spoken, working man music, then you need look no further than Merle Haggard.

For this album, Merle delved into the almost literal roots of country music. The Peer Music Group started in the late 1920’s and has a huge catalog of country standards. Roy Horton was a part of the group for many years starting in the late 1940’s. As a friend of both Merle and many of the artists of that era, Roy had the idea of Merle recording a few songs from the Peer Music Group catalog. These songs are from the era of such greats as The Carter Family, Jimmie Rogers and Jimmie Davis.

10. Down Every Road – Merle Haggard

It’s hard to compress a review of a box set into a small space, but when it comes to Merle Haggard, you can at least put it in a nutshell: It’s Merle, and it’s great. There’s not a whole lot else to say. The four discs are set up in chronological order, from Merle’s early recordings, before he’d found his own distinct sound, through the deeply moving 1993 “In My Next Life,” which tells its own tale very eloquently. 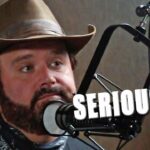 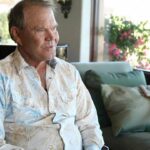