How much is Megyn Kelly worth?

Megan Kelly is a journalist and attorney who is most famous for her time spent as a new anchor at Fox News for 13 years, and then for her brief stint on NBC in the 2010s. The TV host has had several of her own shows, including America Live and The Megan Kelly Show, and she now uses Instagram and YouTube almost exclusively. At the height of her career, Kelly earned income equal to an estimated salary of $20 million dollars per year.

Thanks to being one of the most watched TV anchors in the US, Kelly has been named by TIME as one of the most influential people in the world and she has even had a movie made about her. But she is no stranger to controversy, as she constantly comes under fire for racism, including defending the use of black face.

After moving to Washington, D.C. in 2003, Kelly was quickly picked up by WJLA-TV, an affiliate of ABC, where she was on the field covering local news and confirmation hearings for the U.S. Supreme Court Justice Samuel Alito Jr., Chief Justice John Roberts, and the 2004 presidential election, to name a few.

American journalist, attorney and anchor Megyn Kelly has an estimated net worth of $45 million dollars, as of 2022. Megyn Kelly has been reported to have made anywhere from $15 million to $20 million a year at NBC.

The reporter quickly made a name for herself, as heads of other networks were starting to take notice of her professionalism, with CNN president even claiming that he regretted not hiring her at the beginning of her career.

It only took her a year to score a job at Fox News, starting off by contributing legal segments for Special Report with Brit Hume, then moving on to her own segment, Kelly’s Court, on Weekend Live.

She then started climbing the ladder quickly and before long, she was all over Fox News, going on to have a regular weekly segment on The O’Reilly Factor, focusing mostly on political subjects. In 2010, she finally earned her own show, America Live, which was a weekly two hour show that replaced The Live Desk. For the first few years of America Live’s run, viewership massively increased year on year, with its second year increasing by a huge 20%.

2013 brought the first major controversy that Kelly would get caught up in, as she mentioned on her new show The Kelly File, specifically talking to the children watching the show, that Santa Claus is white.

As she was reporting on somebody saying that there should be a black Santa Claus as well as a white one, she elaborated that Santa “is what he is”. She quickly followed up not by apologizing, but by adding insult to injury, as she proclaimed that Jesus is also a white man. Her remarks spread like wildfire, and it led to several TV hosts satirizing her opinions, including Jon Stewart and Stephen Colbert.

Though she later semi-apologized, shrugging the whole thing off as a joke.

As Kelly’s contract with Fox was coming to an end in 2017, the host began shopping around and speaking to other networks to figure out if any of them would be a better match. She landed an extremely lucrative deal with NBC News, which was dubbed as a “triple role”. Kelly would be heading a daytime talk show, a Sunday-night special, and she would be available as a correspondent for any big events in the world of politics.

Her contract with NBC News was for three years, but it was cut short amidst more controversy fueled by the news anchor. On her show Megyn Kelly Today, she explained that it was OK to wear blackface if dressing up for a Halloween costumes. Just three days after her remarks, NBC cancelled all of her shows and anything in development with her.

It’s didn’t take long for Kelly to start raking it in over at Fox. In her first couple of years being on the field and as a correspondent, she was making hundreds of thousands of dollars per year, but when she became an anchor and she had her own shows, Kelly earned a salary that has been estimated to have been as high as $33 million per year. This made her one of the highest rated employees at the network, making as much as Tucker Carlson and almost as much as Bill O’Reilly.

And with the release of her book, Settle For More, in 2016, Kelly reportedly signed a deal with the publishing company HarperCollins that was worth an estimated $10 million.

However, the bulk of the news anchor’s wealth comes from her time at NBC News, despite her time there barely even reaching a year. Kelly’s contract with NBC was worth $69 million, which comes to an annual salary of $23 million per year (though some sources say that the deal was actually $15-20 million).

As NBC ended her three-year contract two years early, Kelly had her sleeves rolled up and was ready for a legal battle, to keep her $69 million intact. Kelly ended up leaving with $30 million and it was in accordance with her $69 million contract as she left half way through it.

When it comes to a person’s image and brand, it seems like there’s nothing more successful than being controversial, and Kelly has that in spades. The controversy is what has led her shows’ viewerships to grow year on year, and outside of her role as a news anchor, it’s why she keeps getting invited back to moderate debates between presidential candidates.

Kelly also regularly makes headlines for being highly critical of trump, and probably got the most amount of exposure when she said that Trump doesn’t have the temperament to be president.

Kelly’s success also comes from her background and education in political science, as she graduated with a degree in that field from the Maxwell School of Citizenship and Public Affairs at Syracuse University.

Following that, she continued her studies by earning a J.D. from Albany Law School just three years later. Being well versed in law, as she was an associate at a Chicago law firm in the 90s and even participated in writing an article for the American Bar Association Journal. Her work in law is what helped her negotiate such great terms for her contracts with Fox and NBC, and it’s what helped her reach a huge severance package from the latter.

Despite her reputation suffering at the time and damaging a network’s reputation, she still managed to come out on top with an unbelievable severance package and then going on to run a successful YouTube channel. Kelly has gone through something that so few people can bounce back from, but against all odds, she is still in the limelight and has a huge net worth estimated to be $45 million. Most recently, Kelly launched the podcast The Megyn Kelly Show in September of 2020, and it has quickly become one of the most listened to podcasts about politics. 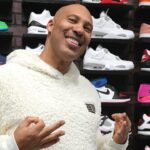 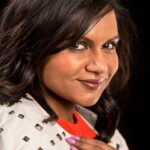