How much is Megan Rapinoe worth?

Who Is Megan Rapinoe

Megan Rapinoe is a popular American professional soccer player, advocate, activist, and spokeswoman. She plays a winger and is the team captain of the Tacoma-based team “OL Reign”, as well as the United States women’s national team.

Rapinoe began her career in 2002 and since then has achieved a ton of success in the soccer world. Among some of her biggest accomplishments are winning the “Ballon d’Or Feminin” award and being named 2019’s best “FIFA Women’s Player of the Year”.

How Did Megan Rapinoe Get So Rich?

Her passion for professional soccer helped her become rich in her early twenties. In 2009, Megan was selected second in the 2009 WPS (Women’s Professional Soccer) Draft for what was the highest-division of women’s soccer in the US at that time.

Two years later, while she was in Germany taking part in the 2011 FIFA Women’s World Cup, she was traded from Philadelphia Independence to MagicJack. To prove her star power, instead of the average salary for a female player ($25,000), the transfer “cash considerations” for Megan was approximately $100,000.

Throughout the rest of the mid-2010s, she signed with other well-established teams – “Sydney FC” and “Olympic Lyonnais”, because of both, she spent several months in both Australia and France. In January 2013, after she signed a contract with the French team, she earned approximately $14,000. At that time, she made her UEFA debut when she participated in the 2012-13 UEFA Women’s Champions League. Rapinoe’s team made it to the finals, where they lost to “VfL Wolfsburg”.

The main reason why Megan Rapinoe famous was both her activism and crafty style of play. After finding success in soccer, she also became the official face of and was sponsored by some of the richest companies such as Nike, Puma, Samsung, BodyArmor, and Hulu to name a few.

Megan was born on July 5, 1985, in Redding, California. At the age of three, with her older brother serving as her main inspiration, she began playing soccer. After spending most of her youth playing soccer with her father and various coaches, Rapinoe first began training professional soccer when she was in high school.

She first joined the “Elk Grove Pride” in 2002, where she stayed for almost 4 years. Alongside her fraternal sister, Rachel, she played in the WPSL (Women’s Premier Soccer League). In 2005, she continued to improve her skills as she joined the University of Portland Pilots, where she also spent 3 years.

The soccer superstar found success in the mid-2010s after she left Lyon for “Seattle Reign FC”. She joined the team in 2013 and was one of the influential players that helped the team improve their goal-scoring ability. In 2014, she suffered a foot injury that sidelined her from action the entire year. After a couple of months off, the captain returned during the 2015 season, and during her first match back, she scored her first-ever professional hat trick.

Thanks to her incredible soccer abilities, Rapinoe became one of the leading female sports players. Since the early-2010s, she has had an even more victorious international career. In 2012, she helped the United States receive a gold medal at the annual “Olympic Games” in London. A year later, she was named the “Player of the Tournament” during the “Algarve Cup”. In 2015 and 2019, she was named to the roster for “FIFA Women’s World Cup”, both of which included spectacular performances and were won by her team.

Outside of soccer, Megan is known as an activist, advocate, and philanthropist who has graced the covers of many magazines including “Curve”, Sports Illustrated”, “Marie Claire”, InStyle”. She has been involved in many campaigns and protests for women’s team’s equal pay complaint and has done a lot of philanthropic work. For the past few years, she also appeared on “Good Morning America”, “Jimmy Kimmel Live”, “The Today Show” and others.

Without a doubt, Megan Rapinoe is the biggest star in the women’s professional soccer. The fearless team captain has made a name for herself and is praised for using her popularity to speak for others. She’s also a respected advocate and activist for equality and LGBT rights, who has achieved a lot in a short amount of time. 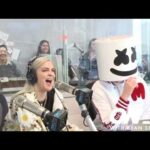