How much is Megan Fox worth?

Contrary to popular belief, Megan Fox is not actually a stage name. The model turned actress was born Megan Denise Fox in Oak Ridge, Tennessee, and raised in Rockwood by her mother, who is a real estate manager and her father, who is a parole officer. Megan had always been talented, she loved drama and dance and began training in these pursuits from as early as age 5. When she was 10 years old, she relocated to Port St. Lucie, Florida where she continued to train in dance and study acting techniques.

At age 13, Megan was already winning awards including the 1999 American Modeling competition. As her career in the arts was what was most important to her, she decided to take part in correspondence schooling and took tests out of school. After her schoolwork, she put everything that she had into what would eventually become her career. At age 17, she moved to Los Angeles, California and made her debut in a feature length film, Holiday in the Sun (2001).

She is better known of course for her role in the Michael Bay led Transformers franchise, as the role of Mikaela Banes, and eventually losing the part for comparing Bay to “Adolf Hitler”. As well as for her lead role as Jennifer in Jennifer’s Body and her appearances in both Teenage Mutant Ninja Turtles movies. To prepare for the role as Jennifer, Megan famously lost 15 lbs bringing her weight down to just 97 lbs and did not go outside for four months to make her skin go pale.

Megan Fox is of mainly English descent mixed with German, Scottish and Scots-Irish (Northern Irish), and with distant French and Welsh ancestry. Her beauty has been highlighted since she was a teenager and she was ranked #1 on Moviefone magazine’s “The 25 Hottest Actors Under 25” in 2008. Even before that, Fox had been included in FHM magazine’s list of “100 Sexiest Women in the World” in 2006 and continued to appear until 2012.

After three years of engagement to 90210 star, Brian Austin Green. The couple married in 2010 on a beach in Hawaii. It was just the two of them and their son (Megan’s step-son) Kassius in a romantic setting. The couple had two child together and worked on humanitarian work, including funding the creation of 10-15 water wells in impoverished areas.

However, after the couple had an on-again-off-again relationship eventually they separated in August 2015 but reunited again not long after. At that time, Megan had filed for divorce from Brian for the first time. The couple tried to make it work and even had another child but, eventually, they split and finally divorced in 2021. In 2020, Megan Fox had begun a relationship with major music sensation, Machine Gun Kelly.

Megan Fox hasn’t earned a great deal per role in her acting career, but she has made up for it by appearing in 40 productions and also added to her earnings from behind the scenes work. She was paid $800,000 for Transformers: Revenge of the Fallen and even less for the original Transformers film. However, she earned around $3 million dollars for Jennifer’s Body and has earned from her endorsements, for example with Giorgio Armani which she began appearing in adverts for in 2010. In total, Megan Fox has earned estimated total career income of $15 million dollars.

Of that amount, $1-2 million is expected to have been paid in business related costs. The remainder, $13.5 million, will have been taxed at a rate of around 46% as Megan Fox has been residing in the state of California. After tax, it is estimated that her career earnings are at around $7.29 million dollars, having paid $6.21 million dollars in taxes.

Megan Fox married Brian Austin Green in 2010 and they divorced eleven years later, in 2021. They have three children together, Noah Shannon, Bodhi Ransom and Journey River Green, and as there was no prenuptial agreement and California is an asset split state, it seems likely that Megan may have had to pay Brian around $1 million. However it is unclear, it was reported that Megan was “pleased” with the result and Brian seems likely easy to deal with. It may have been that they agreed to go their separate ways and Brian is paying child support. In any case, they share joint legal and physical custody of their three children. It is being counted as negligible in this net worth calculation.

The couple had made some shared real estate purchases, including a $2.95 million dollar property in Los Feliz, Los Angeles in 2009. They later sold the property in 2014 at a profit, for $3.75 million. As they began to rekindle their relationship the couple began liquidating some of their properties after Megan originally had filed for divorce in 2015. In 2016, they sold two properties in Los Angeles. The first for a reported $2.6 million and the second for $1.3 million. They later purchased a Malibu property set on 2-acres of land for $3.3 million and their third child, Journey River Green, was born just some months after.

In her personal life Megan has likely spent $1-2 million dollars of her career earnings but also probably possesses assets valued at around $450,000 not including investment assets. In her investments, she may have earned investment returns of $1 million dollars. Therefore, it is estimated that Megan Fox has a net worth of around $7 million dollars.

Megan Fox has always been beautiful, even since she was a little girl winning modeling competitions. She was eager to pursue her passion as a dancer and as an actress, putting her training for that ahead of everything else. That included becoming a distance learning student and moving from Tennessee to Florida and later Los Angeles to advance her career. While it was a struggle, her beauty was noticed by magazines and that led to movie roles that no doubt counted on her natural beauty to attract more audiences. After marrying Brian Austin Green in 2010, the couple had many happy years together but it began to fall apart in 2015. They rekindled their relationship however and had another child, but again trouble brewed and nothing could fix it this time. The couple divorced in 2021. Most recently, and something that has led to greater fame for the young actress, is her relationship with rapper and punk-pop musician, Machine Gun Kelly. 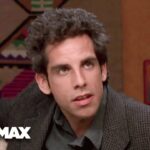 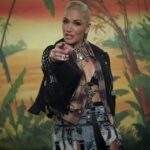