How much is Maureen McCormick worth?

Who Is Maureen McCormick

Maureen McCormick who was the youngest of four children was born in 1956 in Encino, Los Angeles, California. While most people know her for her most famous part playing Marcia Brady on the Brady Bunch she has actually been involved in acting since she was a very young child. In 1962 at the age of six, Maureen won the Baby Miss San Fernando Valley beauty pageant. She had her first big breakthrough in 1964 when she found herself on national tv doing commercials for barbie and Chatty Cathy. She also found her first tv appearance on the big hit tv show bewitched playing Endora who has disguised herself as a child in the episode. Maureen’s career began quickly before shooting off like a rocket. Some of her roles are still a part of people’s hearts to this very day.

American actress Maureen McCormick has a net worth of $4 million dollars, as of 2021.

How did Maureen McCormick earn her net worth?

Maureen Mccormick’s net worth is a modest, at least in Hollywood terms, $4 million USD. Most of her money comes from The Brady Bunches syndication the year after it was canceled. This allowed the show to continually bring in revenue for the actress. She also got some voiceover roles in the animated versions of the Brady Bunch as well as cameos in other shows. Despite her drug problems, she landed roles on some big shows such as Happy days, Fantasy island, and Love boat, as well as many others, keeping her making money throughout her toughest years. In the 2000’s she appeared on a few more shows including scrubs Dr. Phil and dancing with the stars.

Maureen’s popularity throughout the early part of her career could be arguably attributed to many different things, but the role she’s most known for

is her stint as Marcia Brady the oldest of the daughters in the popular sitcom The Brady Bunch. From 1969 to 1974 the Brady Bunch aired to amazing results skyrocketing Maureen’s fame into every household across America. She also lent her voice once again to Mattel in 1970 for the revamped design of the Chatty Cathy doll adding another reason she was in everyone’s lives. She sang with the Brady Bunch, forming a group they put out four albums as well as went on tour together garnering quite the following for their musical talents. Maureen put out a few singles on her own, even performing on American Bandstand where she impressed the host Dick Clark so much that he advised her to pursue a musical career. After the Brady Bunch was canceled in 1974 Maureen struggled with her career due to an addiction to cocaine and quaaludes. Lasting for years it even caused her to lose roles for legendary movies like Raiders of the Lost Ark.

Maureen McCormick’s success has waxed and waned over the years, she has been America’s sweetheart, she has been a theater performer going around as Wendy in a play of Peter Pan, she has done many cameos and voiceovers. She continued to work despite her being typecast as Marcia Brady and marked as a problem actress. Picking up any roles she could get, pushing her music career, even doing theater work makes it clear that the reason she is successful is due to her willpower to persevere. Through all of her hard times, she continued to push herself to find whatever work was available even writing an autobiography telling about her life and career. Her roles when she was young made her rich but her ability to push past obstacles and take any avenue she could find was what kept her rich.

Starting at such a young-age Maureen understood the way Hollywood worked, she had been through all of the pitfalls. No matter what obstacle was in her way, whether it was being only seen as Marcia Brady or her own extensive problems with drugs she found a way to hang on. Maureen was a household name for most of her career, there aren’t many people who haven’t heard of her most famous role as the oldest sibling of The Brady Brunch Brood. This name for better or worse carried her through a lot of her life. Ultimately she was successful for many reasons, it was a little bit of luck mixed with a whole bunch of perseverance on top of the love of a husband who helped her break away from her addictions. Maureen McCormick will always be in America’s heart never forgetting the nostalgia when we hear,” Marcia Marcia Marcia”. 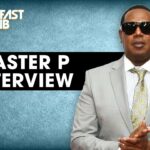 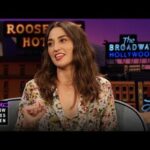