How much is Master P worth?

Who Is Master P

Master P, born Percy Robert Miller, is a rapper, actor, basketball player, and a very successful business man, creating his own record label who went from selling tapes from the trunk of his car to turning over hundreds of millions of dollars every year. Becoming famous in the 1990s with his solo albums such as Ice Cream Man, Ghetto D, and MP Da Last Don, the rapper was also a part of two highly successful hip hop groups; TRU and 504 Boyz. As if not fulfilled by his countless chart topping singles, Miller embarked on an acting career that became moderately successful with roles in Gone in 60 Seconds, Toxic, and the Nickelodeon sitcom, Romeo.

How Did Master P Get So Rich?

Though the rapper went on to achieve nine figure payouts thanks to smart business decisions, the foundation of Miller’s wealth comes from his performance on the Billboard charts and selling tens of millions of records worldwide. The rapper’s sixth album, Ghetto D, sold over 260,000 copies in it’s first week alone, and the album’s lead single, “Make Em Say Uhh!”, sold over 1.6 million copies. The follow up, MP Da Last Don, massively outperformed it predecessor, selling over 400,000 copies in its first week. In total, Master P has had six albums chart in the top ten of the Billboard 200, including collaboration records as part of TRU and 504 boyz.

The biggest financial success of Miller’s career is his record label, No Limit Forever, as he was one of the first ever rappers to take advantage of the conglomerate potential in rap music. With the label, he has made hundreds of millions of dollars and he used that money as capital for other businesses such as travel agencies, clothing brands, book and magazine publishing, film and TV production, even going on to create his own network, Better Black Television, with famous actors such as Denzel Washington even investing in it. All of Miller’s business ventures are under the one umbrella, No Limit Enterprises, becoming the biggest conglomerate in the world run by a rapper. In 1998 alone, when the company was still in it’s infancy, No limit Enterprises grossed over $110 million.

After grafting in his early years and even opening concerts for the rap legend Tupac Shakur, Master P gained success with his fusion of gangster rap and southern hip hop. His first big success was his fifth album, Ice Cream Man, which reached number 26 on the Billboard 200 album chart and has become certified platinum by the Recording Industry Association of America after the record sold over one million copies. Miller’s fame not only continued but rose even further with his two follow up albums, Ghetto D, which went triple platinum and sold over three million copies, and MP Da Last Don, selling an astonishing four million copies. His most famous single is “Make Em Say Uhhh”, which peaked at number 16 on the Billboard Hot 100.

Miller pursued a career in film in the late 1990s, mostly scoring roles in action flicks with his first major film being the Ice Cube led The Players Club, The movie made a modest $23 million at the box office with a budget of $5 million. But the rapper’s biggest success in the 90s was in Gone In 60 Seconds, the Nicolas Cage action movie that made over $230 million, giving Miller a huge platform to gain a wider audience. Though that was the biggest success Master P would see in the movie industry as he went on to have small roles in micro budgeted action movies, the actor shifted gears and moved in to comedy. Not only did he star in Romeo, but Miller also created sitcom, the Nickelodeon comedy that went on to last for three seasons with a total of 53 episodes.

Outside of acting and music, Miller also saw a lot of success in basketball, singing contracts with not one, but two different NBA teams, the Charlotte Hornets and the Toronto Raptors in 1998 and 1999 respectively. Outside of the NBA, he has also played for Fort Wayne Fury in the Continental Basketball Association, the San Diego Stingrays in the International Basketball League, and even played in the 2008 McDonald’s NBA All-Star Celebrity Game. Though he wasn’t the MVP, he played one of his best games, scoring 17 points.

What sets Miller apart is that in the 1990s, Rappers had their sights set on the glamour and fame of their career, whereas Miller was focused on the business side of things. When creating his record label, Miller kept business expenses low and at the same time had high profit margins. He used a method of guerrilla marketing that wasn’t being done at the time, branding his artists’ albums with huge No Limit logos so that if anybody so the logo on other records they’d want to buy it. He would also cross promote rappers by featuring a list of the label’s roster on the inner sleeve of the album.

The business man built a brand image unlike any other, with it’s identity becoming more important than the actual music. Miller created most of the label’s album covers using photoshop, which was a new and exciting piece of software at the time, to design art that was laden with mafia iconography. Not only that, but he turned his artists in to comic book style characters, each with their own unique style.

Master P has a ton of accolades under his belt, most of which are related to his financial success. He has been ranked on Forbes’ list of America’s highest paid entertainers, and in 2009 he was the highest paid entertainer in the entire world. Thanks to his unique gangster rap sound in the mid 90s and then going on to become a businessman with ingenious marketing skills, Master P has an estimated net worth of of $200 million, which makes him one of the wealthiest rappers ever. 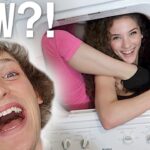 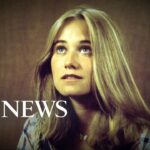