How much is Martin Sheen worth?

Who Is Martin Sheen

As famous as his kids are, they still can’t hold a candle to the majesty of Martin Sheen’s acting peak. In the 1970s, Sheen’s young and lean physique, along with his acting prowess, got him starring roles as captains and criminals, most famously in Badlands and Apocalypse Now. In the actor’s later years, Sheen continued to dazzle audiences on TV, winning dozens of awards including a Golden Globe for his role in The West Wing, and moving on to Netflix starring in almost 80 episodes of Grace and Frankie. Sheen can also be heard all over TV, as he has over 40 narration credits to his name!

How Did Martin Sheen Get So Rich?

With Sheen’s packed career, he has built a gigantic wealth for someone who isn’t regularly taking lead movies roles. When it comes to his movies roles, none of his pay checks are available, but a quick glance at some of his movies’ performances at the box office prove that he must have been paid handsomely. Apocalypse Now made over $150 million worldwide, and after 41 years, that $150 million would be worth over $530 million today, adjusted for inflation. The Amazing Spider-Man is Sheen’s biggest box office hit, making more than $750 million globally.

Most of the actor’s wealth undoubtedly comes from serving as the lead actor for seven years on The West Wing. For the first four seasons of the show, Sheen was on a salary of $150,000 per episode, and as that was for a total of 90 episodes, the actor made $13.5 million. If that wasn’t enough, for it’s final three seasons Sheen made $300,000 per episode, earning $19.8 million for just 66 episodes.

Sheen’s first big break was getting the lead role in Terrence Malick’s now iconic movie Badlands, which is loosely based on the murder spree of Charles Starkweather and Caril Ann Furgate in the late 1950s. Badlands is one of the most well reviewed movies of all time and the film’s first showing at the New York Film Festival in 1973 even overshadowed Martin Scorsese’s classic, Mean Streets.

After that, Sheen became the token cool character of a boatload of 70s movies, but his biggest success came off the heels of working with filmmaking heavyweight, Francis Ford Coppola. Apocalypse Now is an epic war film, one of the first of its kind, and Coppola claimed that it would be the first ever film to win a Nobel prize. The making of the film took years and constantly made headlines in papers for the questionable actions during the filming of the movie. A documentary of the making of the movie, Hearts of Darkness, was even released decades later.

The 1990s brought Sheen even more fame than having a leading role in a Coppola movie, as if that could be possible. Sheen was cast as the president of the United States in The West Wing, a political drama helmed by the celebrated writer Aaron Sorkin. For its full seven years on air, the show remained consistent in its viewership numbers rarely ever dipping. Not only that, but it was overwhelmingly popular, averaging nine million viewers per season, and reaching over 11 million viewers during its peak.

Sheen has featured on TV a lot more than any other movie star, almost foreseeing the shift that actors would take in the late 2000s and 2010s. Besides The West Wing, Sheen also starred in Anger Management alongside his son, Charlie Sheen for 20 episodes, and is now one of the lead actors in the Netflix original series, Grace and Frankie, which has been going strong for six seasons.

Needless to say, Sheen is undeniably famous for being the father of Emilio Esteves and Charlie Sheen, with the latter often making headline news for his outbursts, interviews, and personal life than for his movie roles. However, it barely seems to have tarnished the family name, as most people find it amusing.

For the longest time, Sheen was the king of cool and earned several roles based on the fact that he was the next James Dean. Part of his cool persona comes from the way he flipped on his denim jacket in Badlands, and it’s something he continues to do, even flipping on his suit jacket as the president in The West Wing. However, the reason he flips his coat like that is due to a rare problem he has had with his arm since birth. But you could say that it’s that very problem that has afforded him such cool roles.

Believe it or not, Sheen is not the surname he was born with. The actor was born Ramon Gerard Antonio Esteves, but Sheen thought he would be less likely to get work with that name. He adopted the more action hero sounding Martin Sheen when he first began acting. Though there is no way to measure how much more success he has had from changing his name, it’s a procedure that a lot of actors go through.

In his later years, his distinguished old man look and voice has helped him take on roles of somewhat of an elder-statesman, and somebody that the protagonists in movies look up to. He took on the role of uncle Ben, Peter Parker’s father figure in The Amazing Spider-Man, played Queenan, the father figure in The Departed, and again in Steven Spielberg’s Catch Me If You Can. And of course, Sheen played Josiah Bartlett, the president of the United States, for 140 episodes on The West Wing.

Sheen also works with the greatest directors of all time, including Terrence Malick, Francis Ford Coppola, David Cronenberg, Martin Scorsese, and Steven Spielberg. And like Morgan Freeman, his lecturing but soothing voice has awarded him tonnes of work in narrating documentaries.

Thanks to his non-stop work on TV, Martin Sheen has an estimated net worth of $60 million. The actor continues to remain busy as he has several projects in the works, including starring in Judas and the Black Messiah alongside Lakeith Stanfield, set for release later this year. Sheen is also set to release 12 mighty Orphans, a sports biopic about Doc Hall, and is his first leading role in a movie in years. Finally, the seventh and final season of Grace and Frankie is currently in production too. 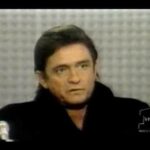 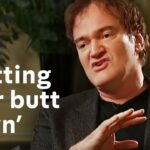