How much is Mark Zuckerberg worth?

Who Is Mark Zuckerberg

Mark Zuckerberg is best known as the co-founder of the Facebook social network. He was born in White Plains, New York, on May 14th, 1984, and attended Harvard University. While here, together with his roommates, he created and launched what will later be known all over the world as Facebook. Currently, he acts as its chairman, chief executive officer, and controlling shareholder.

He is also the co-founder of a spacecraft development project called Breakthrough Starshot, serving as a board member.

Facebook CEO Mark Zuckerberg has a net worth of $86 billion dollars, as of 2021.

Mark Zuckerberg proved to be an exceptional student from an early age. He first attended Ardsley High School, but after two years he was transferred to the Phillips Exeter Academy, a private school. Here, he excelled in mathematics, physics, astronomy, and classical studies in particular and won prizes in all these subjects.

He began writing computer software in middle school. His first remarkable program was one that allowed computers in his house and his father’s dental practice to communicate with each other. It is a first, primitive version of instant messaging, similar to what would later be the more advanced AOL.

By the time he joined university, he was already very advanced and could build interesting software and websites.

He started working on a new website in January 2004 together with his roommate Dustin Moskovitz. In February of the same year, he launched Facebook right from his dormitory. The social network was initially meant to connect only students on campus, but it quickly extended to other campuses as well. By mid-2004, they had already moved to Palo Alto, where they got their first office.

How Did Mark Zuckerberg Get So Rich?

After seeing the success Facebook had on the Harvard Campus, Mark Zuckerberg and his partner quickly decided to try and extend it to other campuses as well. They started with Columbia University, followed by New York University. Yale, Stanford, Dartmouth, and more.

Once the social network began to be more and more successful, they moved to Palo Alto. It is here that Mark met Peter Thiel, who saw Facebook’s potential and decided to invest $500,000 in it. Thanks to this investment, they got their first official Facebook office.

Soon after that, they began receiving offers from several corporations who wanted to buy Facebook. As Mark himself says, for them, it wasn’t about the money, so they rejected all these offers and focused on constantly improving their social network.

In April 2005, Accel made a $12.7 million venture capital investment. This deal saw Facebook’s value at $98 million.

By October 2005, the social network had extended to 21 universities in the US, UK, and around the world, and by December of the same year, it has 6 million users.

The following big investment for the company came from several venture capitalists, such as Meritech Capital, or Graylock Partners, and totaled $27.5 million.

In September 2006, Facebook was available for anyone over the age of 13 who could provide a valid e-mail address, and you could say, its rise, and the rise of its co-owner, Mark Zuckerberg, was unstoppable.

In July 2007, Microsoft expressed its interest in buying a 5% stake in the company. Their offer is estimated to $300-$500 million. In the same year, Google approached Facebook, with the intent to buy a portion of the company.

In September 2007, Microsoft bought a 1.6% share of Facebook for a total of $240 million. At this point, Facebook’s estimate value rose to $15 billion. Later that year, in November, Facebook’s received another investment of $60 million from a Hong Kong billionaire, Li Ka-Shing.

Despite the huge success, Mark Zuckerberg didn’t focus his energy solely on Facebook. He also created a file-sharing service, Wirehog, which would be a precursor to Facebook apps.

He also launched Internet.org, in August 2013, an initiative meant to provide internet access to the about 5 billion people who didn’t have access to it at the time of the project’s launch.

While many controversies surround Mark Zuckerberg, including a few lawsuits, the admirable thing about him, which also helped him succeed when others didn’t, is that he held on to his vision and worked hard until he saw it turn into reality.

He started working on building websites and software from an early age and constantly persevered. And when he finally started to become successful, he didn’t stop at the first chance to make quick money. He rejected the first purchase offers when his company was only just starting to get famous, and believed he had the potential to make it a lot bigger.

Once his company, Facebook, became a true authority in the world of social networks, Mark began purchasing several other companies. He started in 2009 with FriendFeed, a real-time news aggregator. The most famous purchases, however, are those of Instagram and WhatsApp, which took place in 2012 and 2014 respectively. Both acquisitions were paid in cash and stock. Instagram was bought for $1 billion, while WhatsApp for $19 billion.

All in all, Mark Zuckerberg’s fortune is a perfect combination was intelligence, luck, and a flair for business and investments. He had the skills to create a social networking site as no one had ever done, he was driven enough to expand it. He was also lucky, especially when receiving the first investment from Peter Thiel, which helped raise Mark and his company to fame.

Not all of Zuckerberg’s fame and success has been viewed positively however. In fact in the award-winning feature picture The Social Network a version of events leading up the founding of Facebook painted Zuckerberg in a very questionable light. While his genius was undeniable it tells a tail of lies, betrayal and deceit. Mark’s role is played by Jesse Eisenberg and in the movie it claims that Zuckerberg deceived and diluted the value of the original Facebook shares owned by Eduardo Saverin (played by Andrew Garfield). It also shows how Napster founder, Sean Parker who is played by Justin Timberlake greased the wheels for this major betrayal to take place. While Zuckerberg has publicly said that the movie “made up stuff that was hurtful”, it is known that there is some truth in it.

Mark Zuckerberg started like a passionate, smart, computer programmer. He was driven and passionate, which allowed him to bring many amazing ideas to life much quicker than any competitors could.

He held on to a bigger vision, which allowed him to take the company further, instead of selling it to the first potential buyers. Once he was lucky enough to find the first investors, things began to move quickly and his fortune starting increasing day by day.

Even then, he continued to hold on to his vision, never stopping and constantly bringing new improvements to his products, or investing in new companies that brought him even more success. 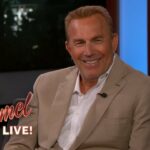 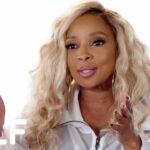