How much is Mark Wahlberg worth?

From Marky Mark and the Funky Bunch to Hollywood heavyweight with roles in Boogie Nights and The Fighter and production credits like Entourage and Boardwalk Empire, Mark proves that you can have it all.

Who Is Mark Wahlberg

With his smoldering stare, rugged features and perfect abs, it’s no surprise that Mark Wahlberg was a ‘90s staple on VH1’s sexiest lists. Back then, he was Marky Mark—the pants-dropping frontman of the rap group Marky Mark and the Funky Bunch. Since then, Mark has become one of the biggest players in Hollywood with numerous films, awards, and producing credits for some of the biggest hits. Did we also mention a whole host of shirtless scenes in his Oscar contender The Fighter? Marky Mark has come a long way.

After the actor’s break out role in the critically acclaimed P.T. Anderson movie Boogie Nights, Wahlberg has become one of the most recognizable faces on the planet for taking on roles of varied roles across comedies, action movies, and dramas. The actor’s most notable and successful movies include Ted, The Departed, The Fighter, the Transformers franchise, among others.

American actor, producer, restaurateur and former rapper Mark Wahlberg has a net worth of $300 million dollars, as of 2021. He started his career as a rapper going by Marky Mark and rapping with the Funky Bunch. Yet he had a face and charm for cinema and that’s really where he built his formidable fortune.

How did Mark Wahlberg earn his net worth?

Mark Wahlberg has earned hundreds of millions of dollars starring in and producing Hollywood movies and TV shows. Some of his biggest salaries include $8 million for Planet of the Apes, $10 million for The Truth About Charlie, and a massive $17 million for taking over Shia LaBeouf as the lead in Transformers: Age of Extinction. Controversially, though it is undisclosed how much the actor’s salary was for the film, Wahlberg earned $1.5 million for the re-shoots of All The Money In The World after Kevin Spacey was replaced by Christopher Plummer, though his female co-star, Michelle Williams, earned less than $1000 for the same re-shoots.

Being an executive producer for the HBO series Entourage as it’s based on life when he first broke in to the industry, Wahlberg made $3 million per year from the show, and he will continue to earn money from the series thanks to syndication sales. This isn’t the only television series he produces as his production credits include How To Make It In America, Boardwalk Empire, and Ballers.

Starring in movies serves as only one of the actor’s outlets for income. Most famously, Wahlberg is somewhat of a restaurateur as he is the co-founder of the restaurant chain Wahlburgers with his brothers, and even co-stars in the reality show based around the chain. The show aired for 10 seasons and impressively, there are 36 restaurant locations across America and Europe. On top of that, he has inked multiple endorsement deals in his career, with the most lucrative being with AT&T as the deal is reportedly worth $10 million.

Mark was your typical bad boy while growing up in Boston. His life was rapidly spiraling out of control after the divorce of his parents in 1982.The youngest of nine, his older brothers introduced him to drugs, which ignited a series of petty crimes such as stealing cars. By the time he was 13, he was addicted to cocaine. He dropped out of school three years later.

Mark hit rock bottom when he attacked two Vietnamese men for a case of beer. He was high and one of the victims lost an eye in the scuffle, which landed him 45 days in the slammer. It was there that Mark realized things had to change. With the help of his parish priest Father James Flavin, Mark turned things around.

When his brother, Donnie, joined the boy band New Kids on The Block, Mark became involved, but wanted to keep true to his rough and tumble roots. Donnie helped him start his own group, Marky Mark and the Funky Bunch. Their debut album, Music for the People, became a certified platinum hit. The girls weren’t screaming for the music either—they were screaming for Mark’s tendency to strip while he performed.

It wasn’t just the girls who were paying attention—Calvin Klein came calling after music mogul David Geffen spotted Mark and urged Calvin to use him in his next campaign. At the time, Klein’s ubiquitous campaign featured a scantily clad Kate Moss on every billboard, but he gave the ladies something to ogle when Mark stripped down to his skivvies next to model the iconic brand. And he wasn’t shy about his newfound sex appeal—when he published his first book, Marky Mark, he dedicated it to his penis.

Boogieing To The Screen

These films opened the door for his most well known parts in Three Kings, The Perfect Storm, Planet of the Apes and I Heart Huckabees. His biggest role to date was in Martin Scorsese’s 2006 mafia drama The Departed, which garnered him the only Oscar nomination in a cast of highly talented actors. Mark suddenly had the power to command $12 to $15 million per film—just a bit below Tom Cruise.

Mark dipped his toe in producing when in 2004 he created the hit show Entourage, which is reportedly based loosely on his trials and tribulations in Hollywoodland. Well past its seventh season, Mark earns a cool $3 million a year for his work with the show. The mogul has also produced HBO’s Boardwalk Empire, In Treatment and films like We Own the Night and The Fighter through his own production company, Leverage.

A far cry from his reckless formative years, Mark has become a devoted family man who prefers to produce so that he can spend time with his family. He met his model wife, Rhea Durham, in 2001. They married eight years later and are currently devoted to raising four children—Ella, Michael, Brendan and Grace. So devoted, in fact, he pulled some strings for his daughter to meet Justin Bieber.

He hasn’t forgotten about his roots, and continually gives back to his old neighborhood through the Mark Wahlberg Foundation. He recently donated hundreds of thousands of dollars to the man he credits for his turn-around, Father Flavin, for a gym renovation. Mark’s also become a recent golf aficionado, playing in some PGA events and even occasionally teeing off from his rooftop. With his revamped image and celebrity in tow, Mark proves that with enough effort and a bit of luck, one can really turn their life around.

What made Mark famous?

After a moderately successful music career in the very early 1990s, rapping under the name Marky Mark and releasing albums with The Funky Bunch, Wahlberg transitioned in to movies and quickly made a name for himself in Hollywood. His breakout role was as Dirk Diggler in Boogie Nights, a movie with an ensemble cast following the lives of a group of porn stars in the late 70s as the industry took a turn for the worse. The movie was an instant hit with critics and was a commercial success (and the studios were so happy with the outcome that it gave director P.T. Anderson carte blanche on his follow up movie, Magnolia.) After the release of the movie, Wahlberg was looked at as not just a rapper trying to break Hollywood, but a genuine actor who could carry a two and a half hour drama on his shoulders. Boogie Nights went on to be nominated for multiple Academy Awards and Golden Globes.

As was to be expected, offers came flooding in for Wahlberg after Boogie Nights. Arguably the first major blockbuster movie the actor starred in was 1999’s Three Kings, a comedy war movie directed by David O’ Russell. Wahlberg shared the screen with Ice Cube and Hollywood heavyweight George Clooney at the height of his powers. After that, he starred in the Tim Burton helmed remake of Planet of the Apes, which was critically panned across across the world, but it is probably the movie that best proved that Wahlberg was a bankable star as the movie went on to gross over $360 million worldwide despite the disastrous critical and audience reception.

Not only has Wahlberg helped dozens of action movies make hundreds of millions of dollars at the box office, but he has also continued to turn in academy award nominated performances with movies such as The Fighter, another collaboration with David O. Russell, and The Departed, Martin Scorsese’s return to gangster movies. Though Wahlberg didn’t win for his role as Detective Dignam in The Departed, being nominated for a role in which he based his performance on the cops who used to arrest him is quite commendable. Funnily enough, for the amount of accolades the actor received for the role of Dignam, as Wahlberg had gotten so used to being the lead actor in movies, he almost didn’t take the part because it was only a supporting role and he felt it was a step back, going as far as to turn down the role to the legendary director himself.

Why did Mark Wahlberg succeed, while others fail?

Mark Wahlberg is most well known for having an insanely well maintained stocky physique. His Olympian look has earned him big and brooding roles in movies such as Shooter, Deepwater Horizon, 2 Guns, and Lone Survivor, to name a few. Though the actor continues to be cast in movies where he’s armed to the teeth with weapons and 40% of the film’s scenes focus on his biceps, Wahlberg is in no way type-cast as he has earned respect in the field of drama and even comedy.

In the 2010s, the former rapper became somewhat of a comedy actor and proving that he could hold his own against seasoned comedians. Wahlberg has even sparked a great working relationship with Will Ferrell, which began with 2010’s The Other Guys, and continued with Daddy’s Home and Daddy’s Home 2, all of which were massive hits at the worldwide box office.

In an industry that is known to be volatile and riddled with so many ongoing feuds with people double-crossing each other, Wahlberg is great at making relationships in the industry, maintaining them, and building upon them. Not only does he have a great working relationship with Will Ferrell, but he has great bonds with several directors, including David O. Russell and Michael Bay, both of whom have worked with the actor three times. And amazingly, Peter Berg has directed Wahlberg five times. The producer also has a great partnership with HBO, as he has served as executive producer on a handful of their shows and TV movies.

Owing to his easy-to-work-with manner and surprisingly varied pallet of acting skills, Mark Wahlberg has an astonishing estimated net worth of $300 million. The actor shows no sign of slowing down as he is currently filming two movies, with the first being Infinite, a science fiction movie for which he also serves as producer. The second movie is an adaptation of the Uncharted video game series. As the video games are insanely popular, the production and filming of the movie are being kept well under wraps, but we do know he will be playing the beloved Sully. 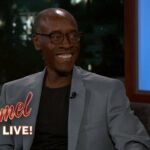 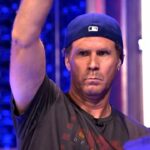