How much is Mark Ruffalo worth?

Considered royalty in the indie film circuit, Mark made a name for himself in films like You Can Count on Me, Eternal Sunshine of the Spotless Mind and The Kids Are All Right. Before suddenly, and shockingly transforming, into the great green ‘Hulk’.

Who Is Mark Ruffalo

Comedy, romance, drama, thriller—Mark has seen it all. But unfortunately the actor has not only experienced drama onscreen, but also in his real life. From a life-threatening discovery to heartbreaking family tragedy, Mark’s personal successes and battles only add fuel to his broad acting range.

He might be one of the biggest movie stars today, but his ascent to stardom was not quick or easy. For over ten years he has played minor roles. It took him more than ten years to get recognized in the theater world, even more to transition to the big screen.

As of 2021, American actor Mark Ruffalo has a net worth of $35 million dollars.

A good Midwestern boy born in Kenosha, Wisconsin, Mark was raised along with his two sisters and one brother with the traditional upbringing of a large Italian family. Mark’s father worked as a construction painter while his mother kept her kids and clients looking fresh as a stylist and hairdresser. But Mark left his Midwest roots when he was a teenager to move with the family to Virginia Beach where he excelled with his high school wrestling team as well as in the theater department.

Mark’s desire to express himself on the stage came after he had seen A Streetcar Named Desire—the film he credits with opening his eyes to the world of acting. After high school, Mark’s family headed west to San Diego before Mark took off for Los Angeles to get a solid foundation in his craft. Mark trained at the Stella Adler Conservatory in L.A. before appearing in dozens of local theater productions and even helped to create a theater group for which he wrote and directed numerous plays. But Mark soon learned that theater was not as lucrative as he had hoped and he began auditioning for TV and film roles.

His first paying TV gig came in the form of a guest role on Due South before going on to make appearances in a number of low profile indie flicks and horror films. But Mark decided to literally create his own destiny when he wrote and produced The Destiny of Marty Fine (1996)—a film that did considerably well at the film festival circuits. Although the film helped to circulate Mark’s name as a rising star in the film industry, he headed back to theater to appear in This is our Youth for which he earned a Theatre World Award.

But after a decade of indie flicks and theater runs, Mark earned his big break in the 2000 drama You Can Count on Me. Alongside Laura Linney, who played his sister, Mark earned an Independent Spirit Award as well as Chicago and LA Critics Awards for his role.

But 2000 made Mark more than just a breakout star, it also made a married man out of him—he tied the knot with longtime girlfriend Sunrise Coigney. The A-list level roles began pouring in and Mark appeared in a slew of films alongside Hollywood royalty like The Last Castle (2001) with Robert Redford and James Gandolfini, XX/XY (2003) and My Life Without Me (2003).

But his good fortune suffered a twist of fate when Mark was diagnosed with a brain tumor in 2002. The tumor was benign, but Mark was left with facial paralysis as well as memory loss. Although Mark had to take time off to rebound from the serious health scare, he eventually made a full recovery and picked his career up where it left off.

Mark got back in the game with the critically acclaimed Eternal Sunshine of the Spotless Mind in 2004 opposite Jim Carrey and Kate Winslet before really putting his versatility to the test with the romantic comedy, 13 Going on 30 opposite Jennifer Garner, the crime thriller Collateral with Tom Cruise and the heart-wrenching drama Reservation Road with Joaquin Phoenix and Jennifer Connelly.

But his upswing was interrupted by a sudden tragedy when, while he was promoting the off-kilter comedy The Brothers Bloom in 2008, his brother died in a bizarre shooting accident. Speculation ranged from a game of Russian Roulette gone wrong to homicide, and still remains unclear. The tragedy hit Mark hard, but, with a string of new films in production, he barely had a moment to grieve. After appearing in several films in 2010, including Martin Scorsese’s Shutter Island and Date Night alongside Steve Carell, he gained the most attention for the hit indie dramedy The Kids Are All Right earning a Best Supporting Actor Golden Globe and Academy Award nomination.

It was certainly not a quick trip to the top for this leading man who studied and honed his craft before running with the big dogs. But with a brain tumor beat, we have no doubt that this fighter has what it takes to sustain the momentum of his steep Hollywood rise.

How did Mark Ruffalo get rich?

At the beginning of the 2010s, Edward Norton had opted out of his role as the Hulk in the Marvel Cinematic Universe. This decision would define Mark Ruffalo’s career. After the Norton exit, Mark Ruffalo got the role of “Hulk”. His first movie playing the role of the big green, rage monster was in the 2012 Avengers. Both fans and critics praised him, stating that he brought a vulnerability that Norton never brought to the role. The role of Hulk was the one that made him into one of the highest paid actors of today. He would star in many of the Marvel movies. Apart from being in The Avengers, he was also in one Thor movie and one Iron Man movie.

But he didn’t shy away from serious or troubling roles during that period either. He stared in the TV adaptation of a play by Larry Kramer. That earned him his first Emmy nomination. He has also received three Oscar nominations. His first Oscar nomination came when he played a sperm donor in the movie The Kids Are All Right, his second was in the biopic Foxcatcher and his third and currently, final Oscar nomination came for the drama Spotlight, which chronicles the staff of the Boston Globe as they discover and publish all the covered up pedophilia scandals in New England at the time.

Aside from being a world-famous actor, he is also a great activist. He is a vocal supporter of pro-choice. He has supported the LGBT movement throughout his life and has also starred in a lot of plays and movies where he portrayed members of that community. But he was also under fire for some of his comments concerning the transgender community as well as being a supporter of a few conspiracy theorists.

We calculate Mark Ruffalo is worth $35 million dollars in 2020.

There are two aspects to the life and career of Mark Ruffalo. He is a very dedicated person. A lot of people say that they work hard, they post inspirational quotes or photos on social media, but how many of them are really grinding non-stop. Well, Mark Ruffalo is a guy who works until he collapses. Even without the means to go to film school or an acting college, he still found time and means to educate himself and improve his acting. He even created his own acting and theater troupe where he honed every aspect of what it means to be successful in the movie industry.

He is an example of that David Hume quote, that the people who have the most chances are those who craft them out themselves. Mark Ruffalo did exactly that. The second aspect of his life and career was perseverance and determination. He has been diagnosed with two very difficult, for an actor especially, disabilities. Both dyslexia and ADHD are a nightmare for anyone, yet considering he has to read and memorize lines for a living it can be even worse. Yet he conquered all the obstacles that life put in from of him, even the ones he was born with. He shows that hope and determination can go a long way.

When Mark Ruffalo was 22 he was offered a really small role in an episode of CBS Summertime Playhouse. After that, he would appear in a wide variety of films with really small roles. This continued until the early 2000s. His role in the movie, You Can Count on Me, earned him a lot of fans in the film critics community. Some even compared him to a young Marlon Brando. That decade, the 2000s would see his star steadily rise. He stared in a lot of movies that were both critical and commercial successes. Those movies include Zodiac, Eternal Sunshine of the Spotless Mind, and What Doesn’t Kill You.

He was in all kinds of movies. From thrillers such as Michael Mann’s Collateral to weird rom-coms like View From The Top. But, even as his movie stardom took off, he never forgot his theater roots. He still regularly performed in plays and theaters across the US. For his role in Awake and Sing, he received his first Tony Award for Best Actor in a Play. By the end of the decade, he got to work with one of the greatest actors and directors of the last few decades. In Shutter Island, he acted opposite Leonardo DiCaprio, in the movie directed by Martin Scorsese.

A kid from a humble, but hardworking background has managed to outshine many other people who had much greater chances of success. He outworked them and became one of the biggest and well-paid movie stars of his generation. But, that is not all, with his activism, his talent for selecting and portraying roles of the underprivileged he has given hopes that the dreams of even the most downtrodden, could one day be accomplished. 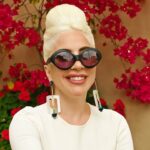 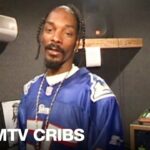