How much is Mark Millar worth?

Mark Millar has become know for his controversial, violent, and sexual themed writing. He has also had great success in revitalizing current characters such as Wolverine, and his work on the Ultimate line of comics. He is currently reshaping the Marvel world with, Civil War.

Scottish comic book writer Mark Millar has a net worth of $28 million dollars, as of 2021. Millar is the writer behind Kingsman: The Secret Service, Marvel Knights Spider-Man and the Ultimates.

Millar has suffered with Crohns disease for many years and it was only when he divulged to Marvel execs of his issues that the company flew him to New York to be treated and diagnosed with the condition. Donate to the cause that may erase Crohns from this world.

Mark Millar (pronounced Miller) became a comic book writer in the 90s and worked on many different British titles such as “2000 A.D.” and Savior. In 1994 he got his first break with DC Comics on the title, Swamp Thing. The title was cancelled shortly later, but this led Millar to work that would make him famous.

In 2000 Millar took over the title, The Authority, from writer Warren Ellis. His dynamic, over the top storytelling made The Authority even more popular than it was and gained a large amount of media attention, due in part to its graphic violence and openly gay superheroes such as Apollo and Midnighter. Trouble with DC brewed in spite of the great sales, mainly about the issues of violence in light of the 9/11 terrorist attack. These issues and others led Millar to quit DC and move over to Marvel.

Mark Millar has since become a huge success with his work on the titles, Ultimate X-Men, and especially, The Ultimates. The Ultimates, like the rest of the Ultimate line is a retelling of popular characters storylines geared to younger audiences, in this case, The Avengers. This latter comic book threw Millar into the comic book limelight and has helped to make him a comic book superstar.

During his time with Marvel, Millar launched his own “Millarworld” line of comics published through various publishers. Most notably of these was, Wanted, published by Top Cow. This series is one of the highest selling creator owned projects of all time. He also has many other series in the works. Millars work on The Ultimates led him to a job writing the huge Marvel comics event, Civil War which tells the story of how the government wants to make employees out of the superheroes in the Marvel universe and those opposing this move have to go underground, forming a rebellion against those that are for this and creating a superhero civil war. 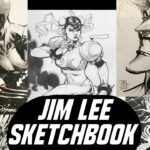 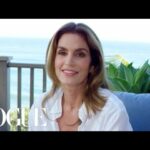