Mark Hennig was born on April 10, 1965 in Mansfield, OH. He got his start in Thoroughbred racing working for his father John as a teenager, and spent two years at Ohio State studying veterinary medicine. He worked with trainer Neil Howard in New York, then Jack Van Berg in California, before being hired by D. Wayne Lukas in 1987. After running the Lukas divisions in Kentucky and Florida until 1992, he was given the chance to go on his own, when Barry Irwin offered him a semi-private job as trainer for Team Valor.

American Thoroughbred horse racing trainer Mark Hennig has a net worth of $1.5 million dollars, as of 2021. Since starting his stable 26 years ago, Hennig has posted 26 straight years of over $1 million in purses.

He earned his first win as trainer of record with Arabian Ace in July, 1992 at Hollywood Park.

Rising to the Top:

In 1995, he moved to New York and opened a public stable, largely due to the support of owner Edward P. Evans, which has enabled him to maintain a successful stable, annually placing him among the nation’s leading trainers. He still continues to train for Team Valor, including 2007 Breeders’ Cup Filly and Mare Sprint starter Jazzy. Unfortunately Jazzy finished last, so Hennig still does not have a Breeders’ Cup win in 10 tries.

His graded stakes winners so far include Raging Fever, Vergennes, Colonial Minstrel, Gold Mover, Eddington, Summer Colony, Gygistar, and Mighty Forum. In 14 years of training, Hennig’s runners have amassed more than $50,000,000 in purses. Through Oct. 7, 2007, Hennig’s barn has won 50 races from 346 starts for $2,482,505 in earnings.

Hennig scored his 1000th career win when Dinner Break won the 6th race at the Meadowlands on November 10, 2007.

He resides in Garden City, NY with his wife Rosemary, children Taylor and Jason, and stepchildren Brooke, Brandon, and Brian. When he isn’t at the track, Hennig said, “I’m going to my kids’ games. I golf some in Florida during the winter, but my hobby is really to spend time with my family.”

This Mark Hennig Net Worth profile was originally published on the WealthyGenius.com website. Any posting of copyrighted material is expressly prohibited. 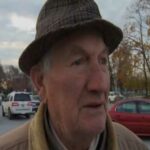 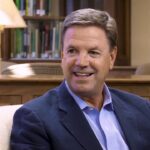