Mark “The Hammer” Coleman was one of the originals. We’re talking about a guy that made his MMA debut in an old style UFC tournament way back in 1996 (UFC 10). You know, when they used to ask fighters to defeat multiple comers on the same night. Coleman was also the first PRIDE Grand Prix Tournament victor, taking home that title back in 2000 after five consecutive wins that culminated with one over Igor Vovchanchyn.

In other words, Coleman has done some amazing things during his MMA career. Enough, in fact, to be named to the UFC Hall of Fame.

American retired mixed martial artist and professional wrestler Mark Coleman has a net worth of $1.5 million dollars, as of 2021. Coleman was the UFC 10 and UFC 11 tournament champion. As well as the first UFC Heavyweight Champion, and the Pride Fighting Championships 2000 Open Weight Grand Prix champion.

Coleman began wrestling as a teenager. His love for the sport truly paid big dividends while enrolled at Miami University of Ohio, where he took home the Mid-American Conference wrestling championship on two occasions. That said, Coleman had greater aspirations and transferred to Ohio State as a result, where he again excelled, this time winning an NCAA Championship. After his collegiate career, Coleman gained a spot on the US Olympic Wrestling Team and placed 7th at the 1992 Summer Olympic Games in Barcelona.

As stated previously, Coleman started his MMA career back in 1996 with a UFC 10 tournament win, posting three consecutive victories on the same night, including one over former UFC great Don Frye. In fact, he won his first six MMA fights, ending that streak with a submission victory over Dan Severn, before dropping his first professional fight to Maurice Smith. Unfortunately for Coleman, he was destined to lose three more fights in a row, including his first non-UFC bout to Nobuhiko Takada in the now defunct PRIDE organization.

After losing his first PRIDE fight to Takada in 1996, Coleman went on a five fight winning streak that netted him the initial PRIDE Grand Prix title in 2000. Then, with his career finally back on track, he became a staple of the organization, defeating competitors like Don Frye and Mauricio “Shogun” Rua amidst losses to Fedor Emelianenko, Mirko “Cro Cop” Filipovic, and Antonio “Rodrigo” Nogueira.

That’s easy: Mark Coleman has always been about taking opponents down with his superior wrestling and pounding on them. Ground and pound, if you will. Beyond that, Coleman is very powerful. In terms of Brazilian Jiu Jitsu, he is not really a submission fighter; nor is he an outstanding striker (though he does hit hard). Rather, he’s the kind of fighter that attempts to force you to play his game.

Coleman has two daughters. He is also well-known for having appeared in the documentary The Smashing Machine: The Life and Times of Mark Kerr.

This Mark Coleman Net Worth profile originated at WealthyGenius.com 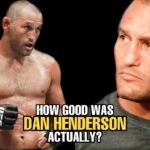 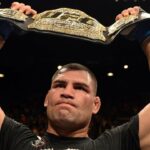