How much is Margot Robbie worth?

Who Is Margot Robbie

Margot Robbie is an internationally popular Australian actress and film producer. She was born on 2 July 1990 and made her acting debut in 2008. In no time, she received two nominations for Academy Awards and five for BAFTA Awards. As of 2019, besides being one of the world’s highest-paid actresses, she is also one of the most influential people in the world.

After she began acting, Margot hit the peak of her career in the late 2010s, when the young actress starred in the Oscar-nominated film “The Wolf of Wall Street” and “Suicide Squad”. In the latter, she portrayed the world-renowned character Harley Quinn, which earned her popularity and tons of success all over the world. Besides her role in Suicide Squad, Robbie also starred in other movies where she received Academy Awards nominations – “I, Tonya” and “Once Upon a Time in Hollywood”.

Australian actress Margot Robbie has a net worth of $25 million dollars, as of 2021.

How did Margot Robbie earn her net worth?

Margot Robbie’s talent helped her gain more roles in successful productions, including “Suicide Squad” and “Once Upon a Time in Hollywood”, which is why she became so rich. In 2009, she improved her acting skills further as she participated in various Network Ten promotions, which on the other hand, helped her gain more attention in her home country. It didn’t take too long for her to find international success as she was nominated for a Nickelodeon Kids Choice Award in the category “Favorite Hottie”, in which she was up against Dean Geyer.

Sometime in 2010, Margot moved to the United States and began auditioning for different acting roles. Upon her arrival in Los Angeles, she auditioned for the new hit series “Charlie’s Angels”, however, the Sony Pictures Television’s producers decided she would be better for the drama series “Pan Am”. Despite receiving positive reviews from the critics, the show was shortly canceled after its first season had ended.

In 2013, Margot joined the cast of About Time, a romantic comedy, which was her first act in an American film. The film was very successful as it received positive reviews and did fairly well on the box-office, grossing $87 million from its $12 million budget. Margot Robbie’s international breakthrough came in the widely-known film “The Wolf on Wall Street”. In Martin Scorsese’s film, she portrayed the character of Naomi Belfort – the wife of the main character Jordan Belfort, played by the megastar Leonardo DiCaprio. The movie was an international success and it amassed more than #392 million, becoming the director’s highest-grossing film.

The reason why Margot is famous is because she’s a fantastic actress. It didn’t take too long for her talent to be seen by everyone. She was born on 2 July 1990 in Dalby, Queensland. The Aussie studied dramas at her school and graduated at the Somerset College. At the young age of 16, Margot was required to work different jobs to make ends meet, starting from a bartender, house cleaner, and Subway worker. A year later, at the age of 17, she moved to Melbourne to further pursue her acting career.

Robbie began acting professionally in 2007. Her first roles were in the films “ICU” and “Vigilante”. She impressed the director of the latter with her acting skills and earned herself the lead role in the film without even having an agent to support her. At the beginning of her young career, the aspiring actress also took part in many commercials. She also had guest roles in the children television series “The Elephant Princess” and the television drama series “City Homicide”.

The success of Margot Robbie came immediately after the premiere of “The Wolf on Wall Street”. The film itself was nominated for many prestigious awards including an Academy Award for Best Picture. The talented actress received many nominations because of her performance and even won an Empire Award for Best Newcomer. A year later, in 2014, she launched her own production company called “LuckyChap Entertainment”.

Following the momentum after Scorsese’s iconic film, Margot took part in the comedy-drama “Focus” where she starred opposite another established actor – Will Smith. Besides the generally mixed reviews, Margot’s performance was praised by many. She then received her first nomination for a BAFTA Award in the category “Rising Star”. The movie that further elevated Margot Robbie’s acting career was 2016 supervillain film “The Suicide Squad”, in which she played the role of the world-renowned character Harley Quinn. The movie was star-packed and Robbie joined the company of some widely-known actors such as Will Smith, Jared Leto, and Ben Affleck.

In 2017, Margot starred in the film “I, Tonya”, which was just as successful. For her portrayal of the protagonist Tonya Harding, the actress received several nominations for an Academy, BAFTA, and Golden Globe Awards. In 2019, Margot alongside Brad Pitt and Leonardo DiCaprio starred in Quentin Tarantino’s “Once Upon a Time”, which flows the story of an actor and his stunt double. The movie was one of the most successful movies from 2019 and it grossed approximately $374 million worldwide. It received 10 nominations for Academy Awards and won a Golden Globe Award. For the movie, Margot reprised the role of Sharon Tate, for which she was widely praised for.

Also in 2019, Robbie took part in another successful film, the drama “Bombshell”. For both movies she was once again nominated for an Academy, and Golden Globe Award, however, she was unsuccessful in winning one. She began the new decade by producing “Promising Young Woman”, a drama thriller film that followed the life a young woman and the mysterious events in her life. After she pitched an idea for a Harley Quinn movie to Warner Bros in 2015, the actress spent more than three years to develop the project under her own production company. The film was finally released in 2020 and it was titled “Birds of Prey”.

Margot Robbie is truly unstoppable. The actress quickly took over Hollywood by storm and was ranked one of the highest-paid and most influential actresses. She continues to grow and has a lot of new exciting upcoming projects. She’s expected to reprise her role as Harley Quinn in “The Suicide Squad”, and she is also working on many other projects such as “Bad Monkey”, “Ruin”, and a reboot of the “Pirates of the Caribbean”. 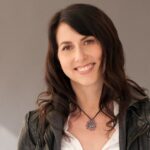 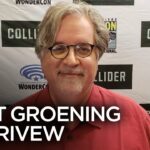