How much is Marc Anthony worth?

His real name is Marco Antonio Muñiz (born in New York in 1968 to Puerto Rican parents) and he is globally known mainly for his successful career as a Salsa music singer, but also as songwriter, actor and audiovisual media businessman.

Marc Anthony is currently the best-selling Salsa music artist of all-times with about 13 million albums sold globally — and he also holds a Guinness World Record for this achievement.

This integral artist has also won numerous and important awards along his career, including:

He has also won numerous gold and platinum certifications and has been recognized as one of the Ten Most Influential New Yorkers by the New York magazine.

Marc Anthony has also made important contributions as philanthropist by founding several foundations to help children and teens in Latin America.

As of 2021, Marc Anthony has an estimated net worth of $88 million dollars.

Besides his natural talent as an artist including singing and acting, Marc Anthony was well educated in music since he was a child. As his father was a professional musician, he helped his son a lot on this.

Thanks to this initial education in music, Marc could start early his semi-professional career in night clubs. Continuously being surrounded by professional musicians also helped him to greatly improve his foundations in music.

He also knew how to take a good opportunity when it was present: he started singing Salsa both in English and Spanish languages in the USA in a time where many other great Latin artists had started to open that market.

In this sense we’re speaking of heavyweights as Gloria Estefan, Selena, Ricky Martin, Enrique Iglesias, Jennifer Lopez and Shakira. It was a tendency at that time.

Another important factor for Marc’s great success is to be continually involved in new productions, not only in music but also in acting and as producer.

But it wasn’t just luck that has made Marc Anthony a successful artist because he also knows about hard work and having inspiration.

In the year 2015, in a surprise visit to a foundation for children he supports in Latin America, Marc Anthony said that auto-discipline and hard work is very important to achieve your dreams:

“To the children, they must follow their dreams; nothing is impossible. Everything starts with a dream and a vision, but it is important to be responsible, to work hard and educate oneself. Then, nobody can stop you.”

Marc said that he is a product from these kind of foundations.

How did Marc Anthony get so rich?

It was that same day when he appeared in a program called Carnaval Internacional, that was transmitted worldwide. It was the “Big Day” where Marc Anthony gained international fame.

According to Marc himself:

“All of it happened in one day. I was contracted to sing in Panamá, Ecuador, Argentina, Colombia, Puerto Rico, Miami and Los Angeles, among other cities and countries.”

“During night (while traveling) I called to my brother’s room, and I asked where we were. The only thing I could see was the lights from the city. My brother said: Tokyo. The only think I though was: How did all this happen?”

Thanks to these tours, Marc Anthony began to be recognized as a prominent Salsa music star.

After reaping many successes, in 1994, he was invited to be featured in La India de Nueva York’s album “Dicen que soy.” The theme “Vivir Lo Nuestro” got great success all over the world.

But it was his album “Todo a su tiempo” from 1995, that sold almost one million copies. It also was nominated for a Grammy and helped Marc to established a solid footing in the American market.

Though, Marc Anthony still had a long way to go to truly realize his vision of becoming a world famous household name.

In 1999, Marc released his first English-language pop disc called simply “Marc Anthony.” This disc started at position eight in the Billboard Magazine and was certified as Platinum six weeks later.

It sold three million copies in the United States alone.

We calculate Marc Anthony is worth very close to $88 million dollars in 2020.

Marc’s father Felipe Muñiz was a professional musician, and it was he was who introduced his son to music very young. Marc grew up surrounded by several music genres including rock and blues, besides Latin music genres as Salsa all contributing to his style today.

Although having Latin roots, Marc was initially reluctant to sing in Spanish: in reality, he started songwriting for north American artists in New York.

In the 80’s, he started singing in English, mainly on night clubs, where the audience barely reached about 500 spectators.

His initial style was a kind of freestyle and underground house music. He also worked with a band called The Latin Rascals as a chorus guy. The producer for this band was Little Louie Vega and it was he who initially started Marc as a professional singer, recording several discs with The Latin Rascals.

One of his early hits was the theme “Rebel” that was very popular in the discos at that time, but nothing more. But that didn’t stop the good Marc.

It was 1992 when he received an invitation from Tito Puente to open what was a successful presentation at the New York’s Madison Square Garden.

After that, Marc started to get interest in changing his original freestyle for Salsa and other Latin styles, but he continued singing in English.

In 1993 Anthony was still reluctant to sing in Spanish, but it was after hearing the song “Hasta que te conocí” by Juan Gabriel, when he changed his mind.

He recorded that theme in Salsa-style with RMM Records in his Spanish-language album “Otra Nota.” They also recorded the theme in DAT format and brought it to the Radio and Música Convention.

It was the success of that presentation that started to change Marc’s life creating ever greater success, fame and fortune.

It’s important to note that though Marc Anthony has a great talent in general as an artist, he also grew up continually involved in the music industry with professionals. This fact helped him a lot in making many contacts in the field.

Another important factor for his great success was to be in the right place, at the right time. He made a great fortune because he was in the right markets in a moment where there was big momentum for Latin music, especially in North America.

But many people who know Marc Anthony say that he is also a very well-balanced person and is always working hard. He also knows how to invest his wealth in businesses he knows well.

Not to mention having a vision and an inspiration is very important to get strength when it’s needed most, as he has said so himself and spoken out about in his speeches. 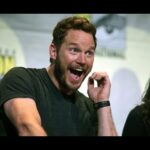 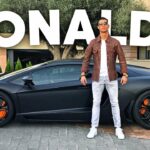