How much is Maluma worth?

Maluma is the stage name of Juan Luis Londono Arias. He is a Colombian actor, singer, and songwriter. His music career started in the early 2010s and shortly after, he landed deals with the giants Sony Music Colombia, Sony Latin, and Fox Music. Maluma’s breakthrough came with his sophomore album titled “Pretty Boy, Dirty Boy”, released in 2015. Since then, he has released three critically-acclaimed albums and multiple chart-topping collaborations with the likes of Shakira, Anitta, Madonna, Becky G, J Balvin, Ricky Martin, Jennifer Lopez, and The Weeknd.

Colombian singer, songwriter, and actor Maluma has a net worth of $14 million dollars, as of 2021. Reggaeton, Latin trap, and pop singer, Maluma has risen to fame through collaborations with the likes of Madonna, Ricky Martin and The Weeknd.

How did Maluma earn his net worth?

Working with international superstars such as Shakira, Ricky Martin, J Balvin, and Madonna, as well as signing with giants such as Sony Music and Sony Latin helped Maluma become a millionaire in just a decade. Almost immediately after he released his debut single, Maluma landed a recording deal with Sony Music Colombia. In 2012, he released his debut studio album “Magia”. Despite failing to have a commercial success, the project helped the artist earned nearly $100.000 in total.

He continued to compose and produce new music throughout the next few years. His breakthrough came in 2015 with his sophomore album “Pretty Boy, Dirty Boy”. The album was met with positive reviews and it peaked in multiple charts such as Argentina, Mexico, Spain, Uruguay, and Venezuela. It also became his first project to receive gold and platinum certifications in three different albums – Brazil, Mexico, and the United States. To further promote his work, the singer embarked on his very first world tour, which earned him an additional $750.000. By the early months of 2017, his net worth was already exceeding $3 million.

Maluma became famous after the release of his second album “Pretty Boy, Dirty Boy”. Juan was born on 28 January 1994 in Medellin, Colombia. He’s the youngest of two children to Marla and Luis Londono. He has an older sister, Manuela. When he was a toddler, he began playing football. He continued to play the sport through middle school and competed in numerous lower divisions for teams like Atletico Nacional and Equindad Sports Club.

In his teen years, he developed an interest in music and began singing at the age of fifteen. That year, he composed the song “No Quiero”, which was recorded in a studio a year later. Towards the late 2000s, he developed the stage name Maluma, which comes from the first two letters of his family – Ma(rla), Lu(is), and Ma(nuela). His professional music career began in 2010 with the release of his debut single “Farandulera”, which became a radio hit.

What makes this best-selling Latin superstar so successful are his many triumphant music projects. In the mid-2010s, while releasing new music and touring the world to meet his millions of fans, Maluma also began appearing regularly on television. His television debut came in 2011 on an episode of the television series “La Voz… Mexico” (The Voice Mexico). Since then, he has taken part in many television series, talk shows, and realities such as “Festival Internacional de la Cancion de Vina del Mar”, “La Voz Kids”, “Extra with Billy Bush” and “The Tonight Show with Jimmy Fallon”.

Following the release of his second album, Maluma has continuously released new albums. His third album, “F.A.M.E” to this day remains his most successful. It entered music charts in fifteen countries around the world and earned gold and platinum certifications in four of them – Brazil, Mexico, Switzerland, and the United States. In the past two years, he released two more albums, titled “11:11” and “Papi Juancho”, both of which had commercial success.

Maluma is a best-selling Latin artist who began his career in the 2010s. In just a decade he was able to release five acclaimed studio albums, three sold-out worldwide tours, and multiple collaborations with international artists. His latest collaborations with Jennifer Lopez and The Weeknd quickly became worldwide hits with over 300 million streams.

Just recently, his fourth studio album “11:11” earned him his very first Grammy nomination in the category “Best Latin Pop Album”. Other than the Grammy, he’s the recipient of multiple awards such as ASCAP, Billboard, Lattin Grammys, and MTV Awards to name a few. 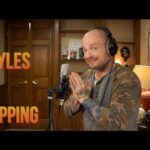