Marauding Manchester City defender Maicon is a ‘right-back’ in the loosest possible sense.

Few players in world soccer had anything like the same influence over a game from such a defensive position when Maicon was in his pomp at Inter Milan.

Little was known about Maicon before he made his move from Monaco to Inter in 2006, but he became recognized as the modern day successor to legendary right-back Cafu in the Brazil national team.

Brazilian footballer Maicon has a net worth of $2 million dollars, as of 2021. Maicon plays as a right-back for Sona. Maicon began his career in his native country for Cruzeiro after initially playing for Criciúma as a youngster.

At his best, Maicon had the capacity to run a game almost on his own as he dominated the right flank, terrorizing opposition wingers and full-backs with penetrative runs forward.

The Brazilian’s influence has waned in the past few seasons and in August 2012 he joined Manchester City as he embarked on a new adventure in the Premier League.

The player acquired his name because his father was a fan of actor Michael Douglas.

It was 2001 when he broke into the Cruzeiro first-team, and within two years he was helping the Belo Horizonte club win an unprecedented treble.

Maicon left for Europe in 2004 as Monaco fought off a number of clubs to secure his signature.

During his two years at the Principality, Maicon played 59 Ligue 1 games and scored five goals.

He also made his debut in the Champions League, and scored his first goal in the competition against Deportivo La Coruna.

A Hit at Inter Milan:

Maicon signed a five-year contract with Inter in 2006 and won the Serie A title in each of his seasons at the San Siro under Roberto Mancini and Jose Mourinho.

His most successful season to date was the 2009-10 campaign when he helped the Nerazzurri to a treble of Champions League, Serie A and Coppa Italia.

“Inter are a great side, but without phenomenons like Ibra (Zlatan Ibrahimovic) and Maicon they would really, really struggle,” said then Inter coach Mourinho in the 2008/09 season.

Indeed, Maicon was one of Mourinho’s untouchables. A vital brace against Siena that season only served to illustrate just how indispensable he had become.

Maicon made his senior debut for Brazil in 2003, two years after turning out for the Selecao in the Under-20 World Cup in Argentina.

His goal against Paraguay in the doomed qualification campaign for the 2004 Olympics was a sublime effort that saw him go past five defenders.

Maicon was in the squad as Brazil won the 2004 Copa America and 2005 Confederations Cup, but Cafu and Cicinho were both preferred for the right-back slot at the 2006 World Cup.

However, the Inter star helped Brazil win the 2007 Copa America and has now made the position his own.

He scored one of the goals of the tournament against North Korea at the 2010 World Cup as he confirmed his reputation as one of the best in his position.

This Maicon Net Worth profile originated at WealthyGenius.com 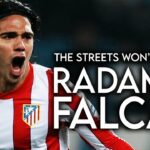 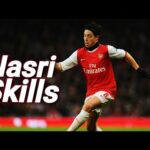