How much is Magic Johnson worth?

Ervin “Magic” Johnson is one of the five to seven best basketball players that has ever lived. A native of Michigan, born in 1959, he has been a transformative force, together with his rival Larry Bird, in the league. When he and Bird arrived in the NBA it wasn’t even on TV for most of the year. They would change that, and a few years later, Jordan would build on that foundation a global NBA phenomenon. He has gotten his nickname “Magic” based on the flair and creativity of his passes. He is widely regarded as one of the best, if not the best, passers in the history of the NBA.

American retired professional basketball player Magic Johnson has an estimated net worth of $600 million dollars as of 2023. He is the former president of basketball operations for Los Angeles Lakers.

After his playing career was over he invested in a lot of ventures, which have earned him around 25 times more money than his basketball career did. Magic Johnson came from a big family of seven children. His father worked as an assembly worker at General Motors and his mother was a school janitor. He came to love basketball at a very early age. His idols and favorite players were Bill Russell, because of the success and 11 championships he won, as well as Earl Monroe and Marques Haynes who he adored because of the way they played the game.

Before he took the NBA by storm, Magic was recruited by many colleges. People rarely jumped directly to the NBA after a year or two in college in those days, but Magic was an exception. All the big schools wanted him, even UCLA, but he decided to stay closer to home and played for Michigan State. He chose that school primarily because of the promise of their coach that he would let him play point guard.

Johnson performed well during his time in Michigan State. In his first year, he led the team to the best of eight. In his sophomore year, he positioned himself as one of the best players in the country, next to Larry Bird. He took his team to the finals, where they faced off against Bird and his Indiana team, and they won the title. After the season he was considered one of the best players in the country. Soon, both he and Bird would be heading towards the NBA, where their rivalry would take an epic, generational divisive turn.

There are two tales that detail how Magic Johnson became a multi-millionaire, mogul. The first is his NBA career, the second is from his time as an entrepreneur and investor. Selected as the first pick in the NBA draft, following a championship and MVP season in college, the expectations were great on the shoulders of the then young Magic Johnson. He delivered, joining with another great Abdul-Jabbar, he won the title his first year in the NBA. He is the only rookie ever to win the reward for the NBA’s “Finals MVP”. Yhat was only the beginning of an incredible NBA career, that was sadly cut short due to he contracting HIV.

Magic would go on to win an additional four titles and be crowned “Finals MVP” two more times. He was also a regular-season MVP on three separate occasions and a twelve-time all-star. The contracts in the NBA weren’t as large as they are now, so he only earned $33.5 million dollars while playing in the league. However, he has long been considered one of the greatest players in the sport, and since then, become one of the greatest businessmen in America.

As a close friend of the Lakers Owner Jimmy Buss, he accrued as much knowledge and business wisdom as he could. He networked with him and his friends and learned a lot. Afterward, he invested in a number of ventures. Those ventures now represent the Magic Johnson Enterprises, a conglomerate that is worth $1 billion dollars. He is also a part-time owner of the LA Dodgers and the LA Sparks.

When you look at Magic Johnson, or if you just watch one of his games, when he was at his prime, you will know immediately that his man was born to play basketball. He was an incredible ball-handler and passer at his height of 6 foot 9 were almost impossible to block. Knowing that he had both the size and weight advantage over many other guards in the league, he worked and perfected his post-game. Magic was also a great defender, with a knack for both rebounding and steals. It was his passing however, that really set him apart. No matter how many men were on him, he would always find the open man.

While many thought that Johnson’s career was largely over after he contracted HIV. What people didn’t realize about him, is that he was always incredibly intelligent. He has shown himself to have had a lot of business savviness and instincts that have served him well. Always a curious mind, Magic picked the brains of other businessmen and developed core understandings that added to his natural talent. As he has previously talked about, he sought wisdom where he could find it, mostly among the VIP guests at the Lakers. It is on that wisdom that he has built his media empire and other highly successful ventures.

From a boy of two hard-working parents, who struggled to provide sufficiently for their seven children, to one of the first and finest examples of an athlete turn businessman. Magic Johnson is one of the most baffling as well as wonderful success stories in the history of America. Not everything was a raging success in his life, there are failed ventures and jobs, like coaching and front office work with the Lakers, but from everything Magic Johnson did, he learned and used those lessons to build an impressive empire. The hard work that his parents instilled in him paid off in the end. He had to overcome his HIV illness and stigma. Once it was known that he was HIV positive he couldn’t play basketball anymore. During those days, HIV and AIDS were considered only a “gay illness”. Magic fought to destroy that stigma, as well as the stigma of the quality of life an HIV positive person could have. 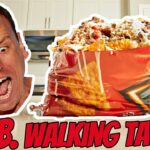 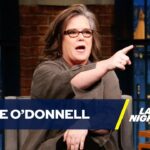