Learn more about the life and work of Madeleine L’Engle, best known for her children’s classic, A Wrinkle in Time. Madeleine L’Engle came from a very rather privileged family, but we do know that her parents were a bit remote from her. And, when she would later write about her life she would talk about feeling very lonely as a child. And for about ten years of her life she tried to write, tried to get things published, nothing happened. She had a life long dream that she could be a writer and nothing was working at being a writer.

American writer of fiction, non-fiction, poetry, and young adult fiction Madeleine L’Engle had a net worth of $4 million dollars at the time of her death, in 2007. L’Engle’s works reflect both her Christian faith and her strong interest in modern science. Some of her titles are, A Wrinkle in Time and its sequels: A Wind in the Door, A Swiftly Tilting Planet, Many Waters, and An Acceptable Time.

A Wrinkle in Time

We know that A Wrinkle in Timeis the most rejected children’s classic of a novel. And, we have reason to believe that she was rejected somewhere in the range of by 26 to 27 publishers. And, in the 1960’s, this is the early 1960’s when she’s submitting this work. The wrinkle in time is a very odd book. It’s a science fiction book, but it has a girl as a protagonist. All science fiction at this time has only male protagonists. It is partially spiritual L’Engle was a strong Christian and there is a strong spiritual message throughout all of her work. It is about the battle of good and evil.

It’s part science fiction, it’s part fantasy, it’s part family story, it fit into no camp and nobody wanted it. She had asked her agent to remove it from the market. She said some time around Christmas she just got the last rejection. But, her mother was coming to town and she had to throw a party for her mother. And it turned out that one of her mother’s friends was very closely connected to John Ferrar. One of the owners. And so the friend got poor Madeleine’s manuscript into the hands of John Ferrar and they decided they couldn’t pass it up. But they thought it would not sell. And they printed only about 1000 500 copies of A Wrinkle in Time and it won of course the Newberry Award after being published. She’ll go on and develop these other characters in books in a series. She’s going to do a large body of writing. Some of its spiritual and theological for adults. I mean half of her writing is for adults and half of her writing is for children, as she moves forward.

But, no book of the 1960s, this is the novel in the United States that has the most impact after say Charlotte’s Web.

This Madeleine L’Engle Net Worth profile originated at WealthyGenius.com 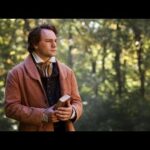 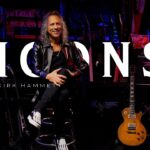