How much is Machine Gun Kelly worth?

While Machine Gun Kelly started his career as a hip-hop artist, he has more recently transitioned into pop-punk with the album Tickets To My Downfall. Between the years of 2007 and 2012 MGK released four mixtapes and later signed with Bad Boy Records. His first studio album was the 2012 Lace Up which included his breakout single “Wild Boy”. He has since released six albums, with the release of Mainstream Sellout in 2022.

American rapper, singer, songwriter, musician, and actor Machine Gun Kelly has an estimated net worth of $25 million dollars, as of 2022. MGK began his career as a successful hip-hop artist before transitioning into alternative rock.

As an actor, Machine Gun Kelly has notably appeared in the biopic The Dirt in 2019. He played the role of Tommy Lee and has previously appeared in multiple genres of films including in the techno-thriller Nerve (2016), the horror Bird Box (2018), and in the comedy Big Time Adolescence. Outside of his music career and acting appearances, MGK added to his fame with his relationship with American actress and model, Megan Fox.

Machine Gun Kelly’s musical style has traditionally been hip hop, pop-rap, and rap rock, which started strong with the release of his first studio album Lace Up selling 263,000 copies in the United States alone. However he struggled to regain those numbers, even with three more consecutive albums, his fourth studio album Hotel Diablo sold less than 22,000 copies in the US. When he changed his sound and began to incorporate alternative rock and become more of a pop-punk artist, his sales went through the roof with at least 200,000 copies sold in the US alone. That was for his 2020 album, Tickets to My Downfall. The album was certified Platinum by the RIAA.

Machine Gun Kelly has earned most of his money from his music career and, to a lesser extent, his film appearances and work on TV, as well as from appearances that he has made as himself, including in advertising. In total, MGK has earned estimated total career income of $45 million dollars.

Of that amount, $2-3 million is expected to have been paid in business related costs. The remainder, $42.5 million, will have been taxed at a rate of around 50% as Machine Gun Kelly has been residing in the state of California. After tax, it is estimated that his career earnings are at around $21.25 million dollars, having paid the same amount in taxes.

Machine Gun Kelly has never married, but during Megan Fox’s divorce from Brian Austin Green in 2021, MGK and Megan became an item in 2020. At some point during that same year MGK reportedly was renting a Sherman Oaks, California property, for $30,000 per month.

In his personal life, Machine Gun Kelly may have spent $3-4 million dollars of his career earnings but also probably possesses assets valued at around $1 million, not including investment assets but including his jewelry, cars and so on. MGK has spent more than most of his contemporaries, for example he paid $30,000 for a manicure for the Billboard Music Awards in 2022. It is likely that he considers these types of purchases to be part of advertising himself, as media outlets couldn’t help but report his purchases.

In his investments, he may have earned investment returns of around $4 million dollars. In 2022, he paid $10 million dollars for a compound in the Rancho Estates, Encino. He has also likely invested some of his money into cryptocurrency and into American stocks. Therefore, it is estimated that Machine Gun Kelly has a net worth of a rounded up $25 million dollars.

Machine Gun Kelly burst onto the scene with his debut album Lace Up, which was certified Gold by the RIAA. With his obvious charisma, looks and swag he has managed to add an acting career to his music career and in doing so, with appearances in films like The Dirt, has added to his fame and popularity. He also added to his fame when he began a relationship with Megan Fox in 2020. Even more though, his fame increased when he transitioned from hip-hip to pop-punk. 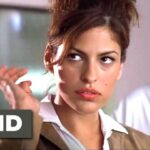 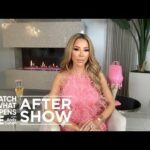