How much was Mac Miller worth?

Who Is Mac Miller

Born in Pittsburgh, Pennsylvania in 1992, Malcolm McCormick – professional known as Mac Miller – was a well known hip-hop musician who rose to prominence during the 2010s, prior to his tragic death in September 2018. Throughout his adolescent and adult life, he worked tirelessly to become a staple in the rap genre with the release of mixtape and albums, as well as hundreds of featured verses alongside other artists – garnering increased notoriety every step of the way.

How Did Mac Miller Get So Rich?

The popularity gained in the first half of the 2010s was instrumental in the income he acquired as the years went by. The music was selling well, his merchandise profits had skyrocketed, and he broke into millionaire territory following numerous headlining tours across the United States, Canada, and Europe. Coinciding with this success, Miller’s subtle drug habit was no longer a secret, and was often referenced in his records and interviews – playing a large role in his perceived brand: no longer being seen as an inexperienced Pittsburgh upstart, but instead being viewed as a complicated, intriguing artist.

His music and unique personality were well received by fans and peers alike – as confirmed by his MTV2 reality show. By this point, there was no mistaking it – Miller had established himself as a marketable force to be reckoned with in the music industry. His undeniable impact by this point netted him a $10 million major label deal with Warner Records Inc. in late-2014, making it clear that Miller was not a mere flash in the pan.

Beyond countrywide tours, a significant record deal, album sales, and strong streaming totals, his career earnings are also boosted by lucrative endorsements he agreed to over the years – most notably with Mountain Dew and with Zumiez, a chain of streetwear clothing stores aimed at younger consumers.

Miller’s rise to fame began in 2010, following his signing to Pittsburgh independent music label, Rostrum Records, and the release of his fourth mixtape, K.I.D.S. Across the hip-hop landscape, this period in time was dominated by the emergence of music blogs and social media – no longer confining discussions about rap music to print magazines and obscure online forums. Blending poppy upbeat sounds and laid-back hip-hop melodies, K.I.D.S. brought a widespread youthful audience together to jumpstart Miller’s career.

Over the next year and a half, Miller continued to build on this momentum, following it up with mixtapes Best Day Ever and I Love Life, Thank You – the latter of which being used for a dedicated promotional effort to reach 1 million Twitter followers prior to the release of his debut studio album, Blue Slide Park.

The release of Blue Slide Park was an important milestone for Miller, making him a household name. While critics did not offer favorable reviews of the project, it was commercially successful – producing the highest first-week sales for an independently distributed record since 1995. Following the release of his first album, Mac Miller moved to Los Angeles, California – where he’d begin to collaborate with an assortment of other up-and coming artists of his generation. His music catalog continued to rapidly grow in the following years with mixtapes such as Macadelic, Run-On Sentences, Delusional Thomas, and Faces, as well as his sophomore studio album, Watching Movies with the Sound Off.

The 2012-2014 period leading up to (and following) his second album took Miller from a boyish “frat-rapper” to a full fledged star, continuing to master his craft with increased attention from a growing audience. Much of his fame and popularity from this time can also be attributed to 14-episode long run of his own MTV2 reality series, titled Mac Miller and the Most Dope Family – chronicling his move to Los Angeles, his new music, his close friends, and his adjustment to life in the public eye.

The challenges of celebrity life followed Mac Miller for the rest of his career, with many of his decisions and actions being covered by news outlets extensively. Everything from his personal bouts with substance abuse and addiction, to his romantic life became accessible as his fame continued to blossom. This in-depth look at Miller’s life culminated from 2016 up until his death, with a large portion of this period underlined by his high-profile romantic relationship with world renowned pop music star and actress, Ariana Grande – which ended in May 2018, three months before the release of the final album of his lifetime, and four months prior to his death by accidental overdose.

Mac Miller’s success in the music industry was directly tied to his evolutionary approach as an artist. Throughout his decade-long career in the limelight, he quite literally grew up before the eyes of his audience: starting off as a happy-go-lucky high school / college aged youngster, following up this phase with an abrupt left turn into a dark and experimental rapper who embraced drug use, and then maturing into a well-rounded musician who surrounded his introspective lyrics with creative instrumentation.

His songwriting abilities flourished over the years following his first album and his move to Los Angeles, as he polished his skills while making records with other well-known artists including Kendrick Lamar, Tyler, The Creator, ScHoolboy Q, Earl Sweatshirt, and many others. He was adored by millions of fans for the manner in which he grew from the early ambitious braggadocio style defining his earlier work – gradually replacing this content with more thoughtful verses that simultaneously showcased his improved rapping techniques. He was a very successful producer too – using his flair for abstract sounds to compose countless instrumentals for himself and others.

From 2012 onward, his music began to explore subjects such as psycadelics, fame, relationships, and faith. This artistic renaissance gave Miller’s career new life, and garnered admiration from both older musicians and his contemporaries. His massive fanbase is a noteworthy sign of his success too, exemplifying his unifying reach to many diverse groups – encompassing a varied mix of age demographics, cultures, and musical tastes.

The final three studio albums released during his lifetime – 2015’s GO:OD AM, 2016’s The Divine Feminine, and 2018’s Grammy-nominated Swimming each continued this pattern, with Miller addressing personal issues such as his attempted sobriety, broken relationships, and struggles with mental health. The authentic thoughts and emotions on his records made every release a tremendous success – and also contributed to the heartbreaking narrative surrounding his death in September 2018.

For his refreshing honesty, relatable issues, genre-bending approach to music, and well-liked attitude, Mac Miller was one of the most revered hip-hop artists of his time. Over several years, he was defined by his willingness to evolve. With no two project sounding the same, he connected the underground rap community with the mainstream pop audience, embraced the celebrity spotlight, and inspired fans all over the world. His music offered something unique for listeners from all walks of life. Even after his death, his vast catalogue continues to be the subject of countless conversations on the genre – with posthumous releases such as 2020’s Circles never failing to draw intrigue. 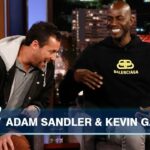 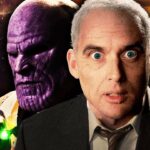